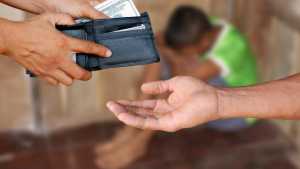 The United States has kept Sri Lanka on the Tier 2 Watch List in the Trafficking in Persons Report.

The report said the Government of Sri Lanka does not fully meet the minimum standards for the elimination of trafficking but is making significant efforts to do so.

These efforts included increasing prosecutions and investigating allegations of sexual exploitation of children at a state-run orphanage.

The Government also continued to work with international organizations on anti-trafficking training and awareness raising.

However, the report said the Government did not demonstrate overall increasing efforts compared to the previous reporting period, even considering the impact of the COVID-19 pandemic on its anti-trafficking capacity.

The Government did not report efforts to investigate some allegations of official complicity, including those from previous years.

Moreover, the Sri Lankan Bureau of Foreign Employment (SLBFE) continued to handle some migrant labor complaints administratively, many of which may have had indicators of forced labor, instead of referring these cases to police for criminal investigation for potential trafficking crimes.

Because the Government has devoted sufficient resources to a written plan that, if implemented, would constitute significant efforts to meet the minimum standards, Sri Lanka was granted a waiver per the Trafficking Victims Protection Act from an otherwise required downgrade to Tier 3.