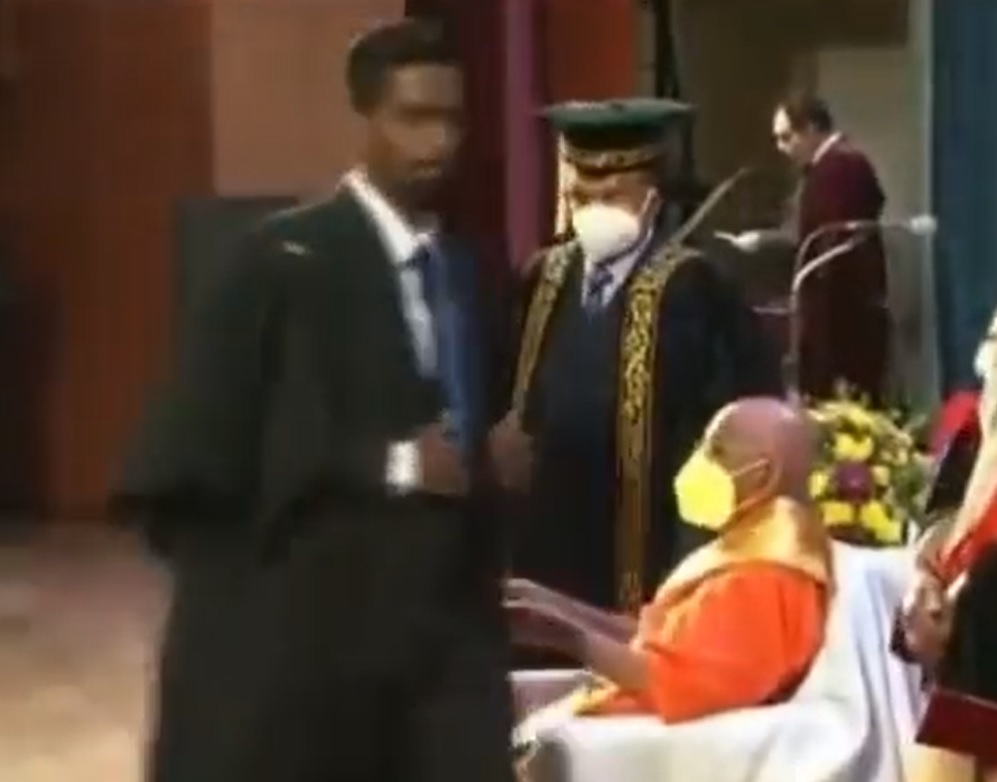 A group of students of the Colombo University showed their displeasure at the appointment of the Venerable Muruththettuwe Ananda Thero as the Chancellor by walking past him and not accepting the degree certificates at the graduation ceremony.

The Faculty of Management and Finance Teachers’ Association (FMFTA) had said in a statement earlier that it had decided to boycott the graduation ceremony of the University of Colombo.

FMFTA said it will not participate at the ceremony held over the past three days as a mark of protest over the appointment of the Venerable Muruththettuwe Ananda Thero as the Chancellor of the Colombo University.

“As an act of expressing our continued displeasure on the aforementioned appointment, the members of the FMFTA have unanimously decided to refrain from participating in the ceremonial Graduation 2019 which will take place from December 17 to 19 with the participation of the newly appointed Chancellor,” FMFTA said in a statement.

Some of those who attended the ceremony, wore black arm-bands and walked past the Chancellor and refused to accept the certificate from him.

The Venerable Muruththettuwe Ananda Thero was appointed to the post by President Gotabaya Rajapaksa last month.

He is known to be a strong supporter of Prime Minister Mahinda Rajapaksa. (Colombo Gazette)