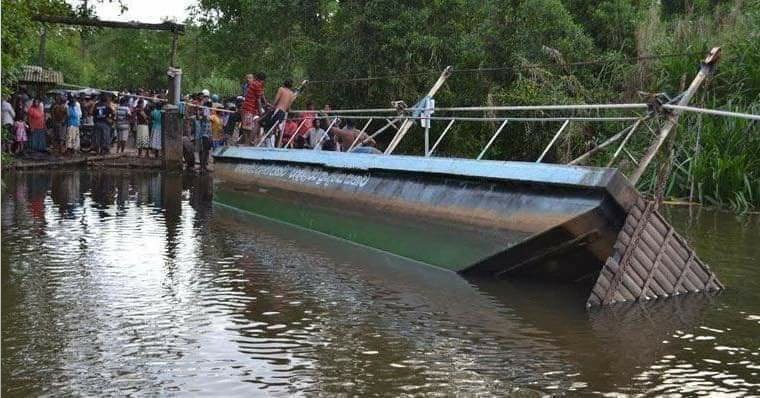 Six people including children have been killed after a ferry capsized in Kinniya, Trincomalee today.

The Police said that 11 people who were on the ferry sustained injuries and were admitted to hospital.

Hospital sources said that some of those receiving treatment were in critical condition.

Angry mobs vented their anger towards the incident by protesting on the street and attacking the house of an opposition MP.

Protest near Trinco Navy base suspecting Rajapaksas are inside

US destroyer involved in 2017 deadly accident arrives in Sri Lanka