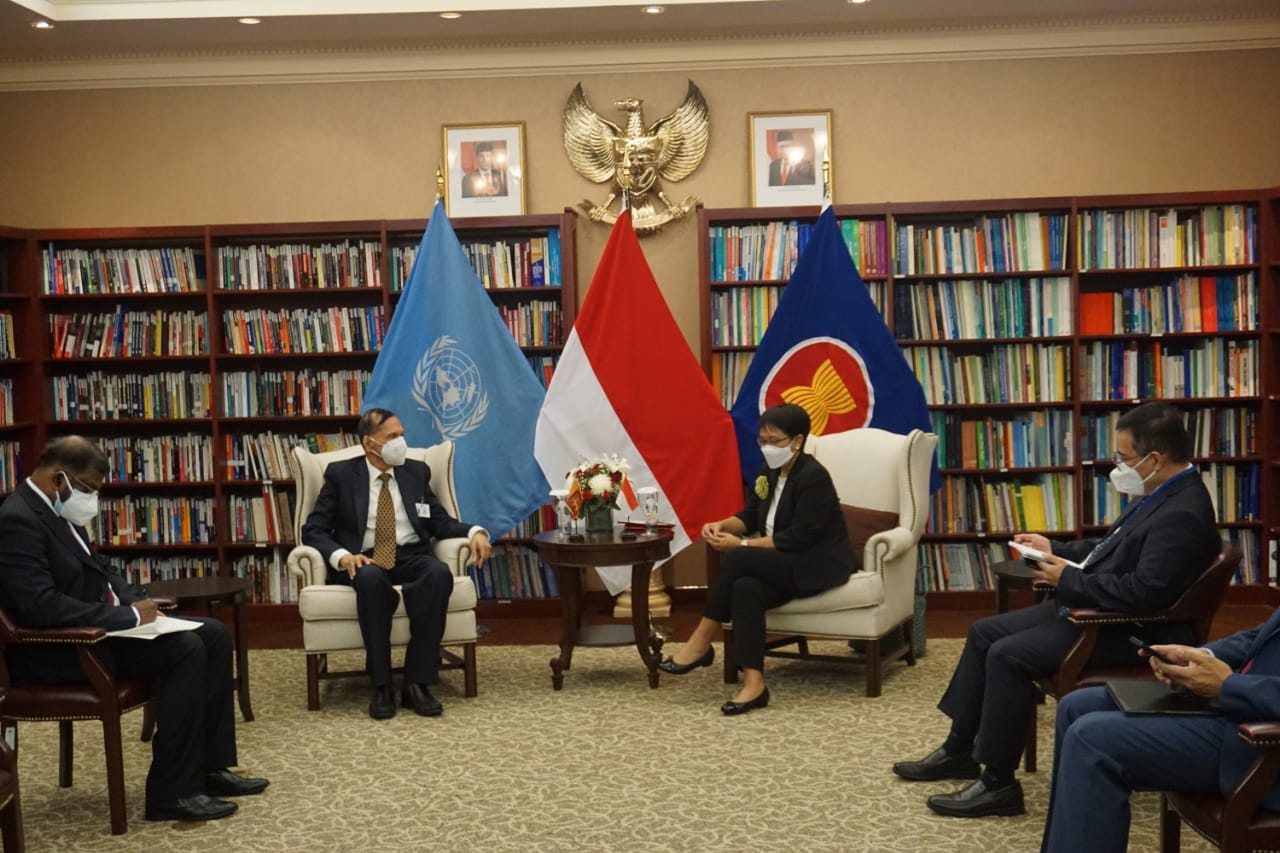 Indonesia has said that there are no bilateral issues with Sri Lanka, the Sri Lankan Foreign Ministry said today.

The Indonesian Foreign Minister emphasized that there are no bilateral issues between the two countries and hence the priority as Foreign Ministers is to strengthen bilateral relations with a special focus on economic cooperation. He said the Preferential Trade Agreement which is being discussed, needs to be finalized in order to enhance bilateral trade.

Minister G.L. Peiris indicated that relations between the two countries as members of the nonaligned movement are critically important.

He said that NAM is relevant even today since the philosophy of NAM is not to align on every issue but to judge every issue on its own merits.

“Hence we need to infuse more energy to this movement,” he said.

Minister Peiris furthermore appreciated the cooperation in defence, intelligence sharing and staff level consultations with regards to countering terrorism and other forms of maritime crimes.

Minister further highlighted that Sri Lanka wishes to have greater interaction with ASEAN since there are vibrant trade relations with some members of ASEAN and the potential synergy is evident.

In this regard, Sri Lanka has sough to be a sectoral dialogue partner and create a bridge between SAARC and ASEAN.

The Minister congratulated the Government of Indonesia on the remarkable success of combating the COVID-19 pandemic. This pandemic has resulted in unifying forces of humanity and allows us to come together in solidarity. The Minister also indicated the potential for enhancing tourism between the two countries.

Both Ministers agreed that there is a need to invigorate NAM and IORA to ensure effective outcomes. The Foreign Minister also agreed to visit each other’s countries at mutually convenient times. (Colombo Gazette)