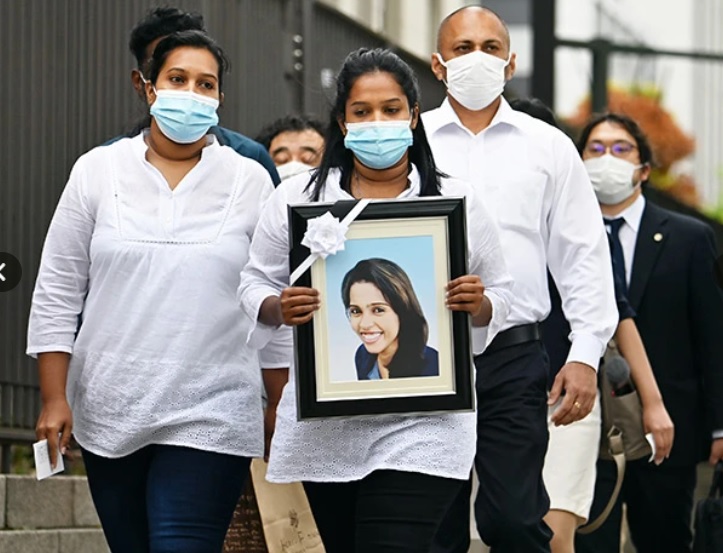 Japan today (Tuesday) apologised for the death of a Sri Lankan woman in immigration detention and pledged to reform conditions in the system.

Sandamali was detained for overstaying her visa after seeking police protection, reportedly to escape an abusive relationship.

She reportedly complained repeatedly of stomach pain and other symptoms starting in January, and campaigners allege she was given inadequate medical care.

“I express my heartfelt condolences to her mother and bereaved family, and my heartfelt apologies for (the) loss of this precious life in the detention centre,” Ms Kamikawa said.

The Minister said the report had not conclusively determined the cause of Sandamali’s death but found the detention centre in Nagoya in central Japan “lacked a system to assess the health of detainees and provide medical services”.

“I have instructed the chief of the immigration services agency to take control and supervise regional outlets appropriately,” Ms Kamikawa said. “We will carry out reforms with the determination that this never happens again.”

National broadcaster NHK said four officials at the detention centre were “reprimanded” over the death, but none were fired.

Sandamali’s family has been in Japan campaigning for information about her death, and said the government’s announcements were not enough.

“Who will take responsibility for her death? We aren’t convinced by just an admonition of officials,” her sister Poornima told a press conference.

In May, Japan’s ruling lawmakers dropped a controversial push to change rules on handling asylum seekers and deportations after opposition pressure over Sandamali’s death. The proposed legislation included changes making it easier to deport unsuccessful asylum seekers, something that was heavily criticised by rights groups, who also say Japan should do more to take in refugees. (Colombo Gazette)