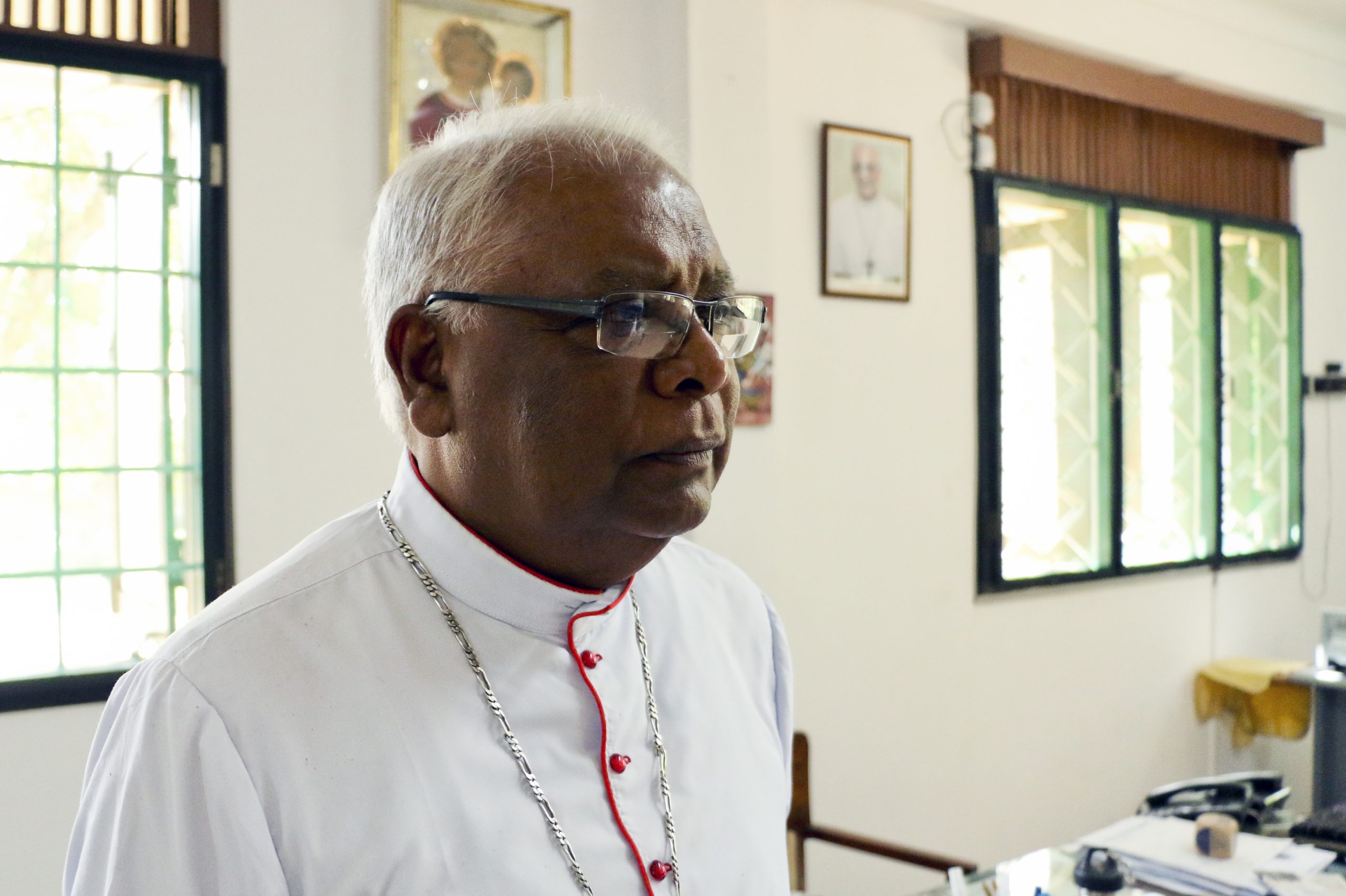 Outspoken Mannar Bishop Rayappu Joseph has passed away. He was 80-years-old at the time of his death.

The former Bishop was very open on his views during the war against the LTTE.

He was mostly seen as being a critic of the military’s conduct during the war.

He was later appointed Professor at St Xavier’s Seminary Jaffna. He is the Vice President of the Bishops’ Conference in Sri Lanka and chairman for the Catholic National Commission for Laity.

He is fluent in Italian, German and English. Bishop Rayappu worked in close collaboration with the Vatican, international Caritas agencies and countries of the European Union to promote peace in Sri Lanka. (Colombo Gazette)