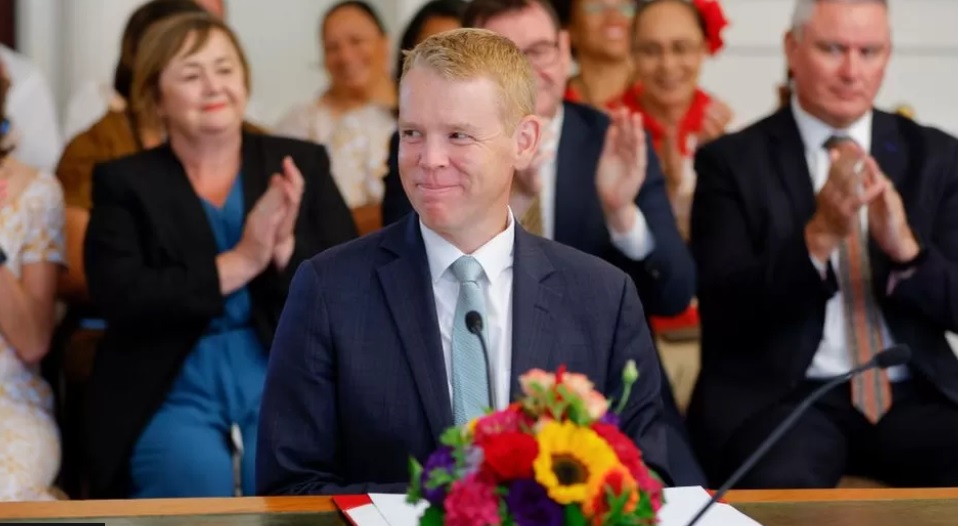 Chris Hipkins has been sworn in as New Zealand’s 41st prime minister.

The 44-year-old was formally appointed to the role in Wellington, a week after Jacinda Ardern’s shock resignation.

Ms Ardern, 42, had said she no longer has “enough in the tank” to lead the country. The country’s governor-general Cindy Kiro accepted her formal resignation on Wednesday.

At the ruling Labour Party’s caucus over the weekend, Mr Hipkins received unanimous support to be promoted to lead the country, and now faces the uphill task of retaining power in the upcoming general elections in October.

Opinion polls have suggested that his party is trailing its conservative opposition, the National Party, in popularity.

The country of five million was among the first to close borders. This move won plaudits for keeping New Zealand virus-free early in the pandemic, but frustration set in later among the Kiwis tired of the zero-tolerance strategy, which saw nationwide lockdowns over a single infection.

Mr Hipkins previously conceded that strict lockdowns should have been scaled back earlier.

Nicknamed “Chippy”, the father-of-two had said his commitment and politics is to “make sure that we provide opportunities for all Kiwis who want to work hard, to be able to work hard and get ahead and provide a better life for themselves and for their families”, according to Reuters.

He will hold his first cabinet meeting on Wednesday.

Ms Ardern ended her last day in office with a visit to Ratana, a small town north of Wellington, with politicians and Maori elders. She said she was ready to be a backbench MP, a sister and a mother. (BBC)