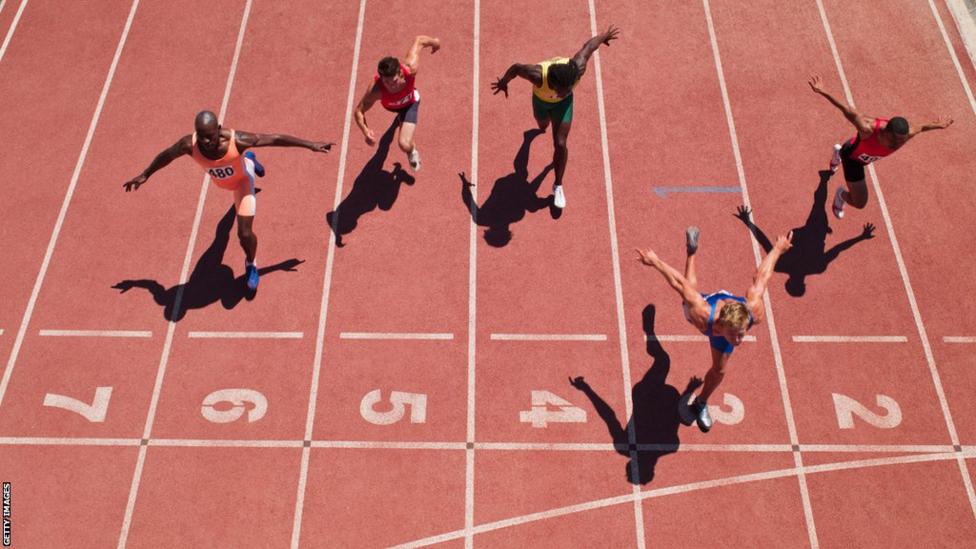 In a statement it said its “preferred option” was to tighten the sport’s eligibility rules, but still use testosterone limits as the basis for inclusion.

A policy document suggesting the amendments has been sent to World Athletics’ member federations as part of a consultation process before a vote in March.

It comes despite other sports banning transgender women from participating in elite female competition amid concerns they have an unfair advantage.

World Athletics has faced some criticism over its stance, but said it was “the best way to gather constructive feedback” and insisted a final decision had not yet been made.

In June 2022 World Athletics president Lord Coe welcomed the move by Fina – swimming’s world governing body – to stop trans athletes from competing in women’s elite races if they had gone through any part of the process of male puberty, insisting “fairness is non-negotiable”.

Fina’s decision followed a report by a taskforce of leading figures from the world of medicine, law and sport that said that going through male puberty meant trans women retained a “relative performance advantage over biological females”, even after medication to reduce testosterone.

Fina also aimed to establish an ‘open’ category at competitions, for swimmers whose gender identity is different than their birth sex.

At the time, Coe hinted his sport could follow suit: “We have always believed that biology trumps gender and we will continue to review our regulations in line with this.”

However in policy documents seen by the BBC, World Athletics has now told member federations that its “preferred option” is to allow transgender women – and athletes with differences in sex development (DSD) such as South Africa’s Caster Semenya – to continue to compete in the female category in international track and field.

They would have to reduce their amount of blood testosterone from the current maximum of five nanomoles per litre to below 2.5, and stay below this permitted threshold for two years rather than just one, as is the case now.

In their policy document, World Athletics concludes that “this preferred option would allow significant (but not full) reduction of anaerobic, aerobic performances, and body composition changes, while still providing a path for eligibility of trans women [and DSD athletes]…to compete in the female category”

The proposal would also see such rule changes apply to DSD athletes in every track and field discipline, rather than just events ranging from 400m to a mile.

Studies have shown that male puberty results in increased muscle mass, bone density, changes to the shape of the skeleton, and the haemoglobin levels, all of which are significant contributors to performance.

Some sports scientists maintain that lowering the testosterone level has some effect on those systems, but is not complete, and performance advantages over females can be retained.

In a statement, World Athletics said: “We will follow the science and the decade and more of the research we have in this area in order to protect the female category, maintain fairness in our competitions, and remain as inclusive as possible.

“In reviewing a number of new and existing studies and observations from the field, we have put forward a preferred option for consultation with our member federations.

“Once we have this feedback at the end of January, we will consult, in a targeted way, more widely.

“Putting forward a preferred option is the best way to gather constructive feedback, but this does not mean this is the option that will be presented to Council or indeed adopted.”

The suggested changes are in line with amendments made last year by the UCI, cycling’s world governing body.

However, World Athletics’ proposal has drawn criticism from British shot putter Amelia Strickler, who told the Telegraph: “If this happens I wouldn’t be surprised if we saw a lot of world records fall to trans athletes.

“I am genuinely worried,” she added. “This is about protecting women at the end of the day.”

It followed World Rugby becoming the first international sports federation to say transgender women cannot compete at the elite and international level of the women’s game in 2020.

While such moves have been praised for protecting female sport, some critics have said that these rules are discriminatory. Olympic diving champion Tom Daley said he was “furious” at Fina’s decision to stop transgender athletes from competing in women’s elite events, saying: “Anyone that’s told that they can’t compete or can’t do something they love just because of who they are, it’s not on.” (BBC)