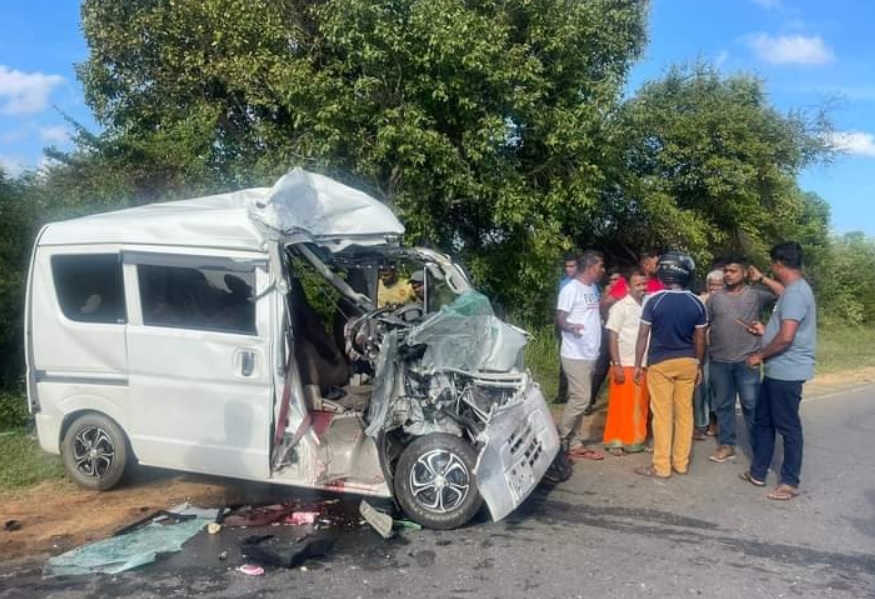 An infant was among 2 people killed in an accident in Valaichchenai today, involving a van and a bus.

The Police said the driver of the van was killed in the accident together with a three-month-old infant.

Three others sustained injuries in the accident.

The driver of the bus has been arrested over the accident. (Colombo Gazette)