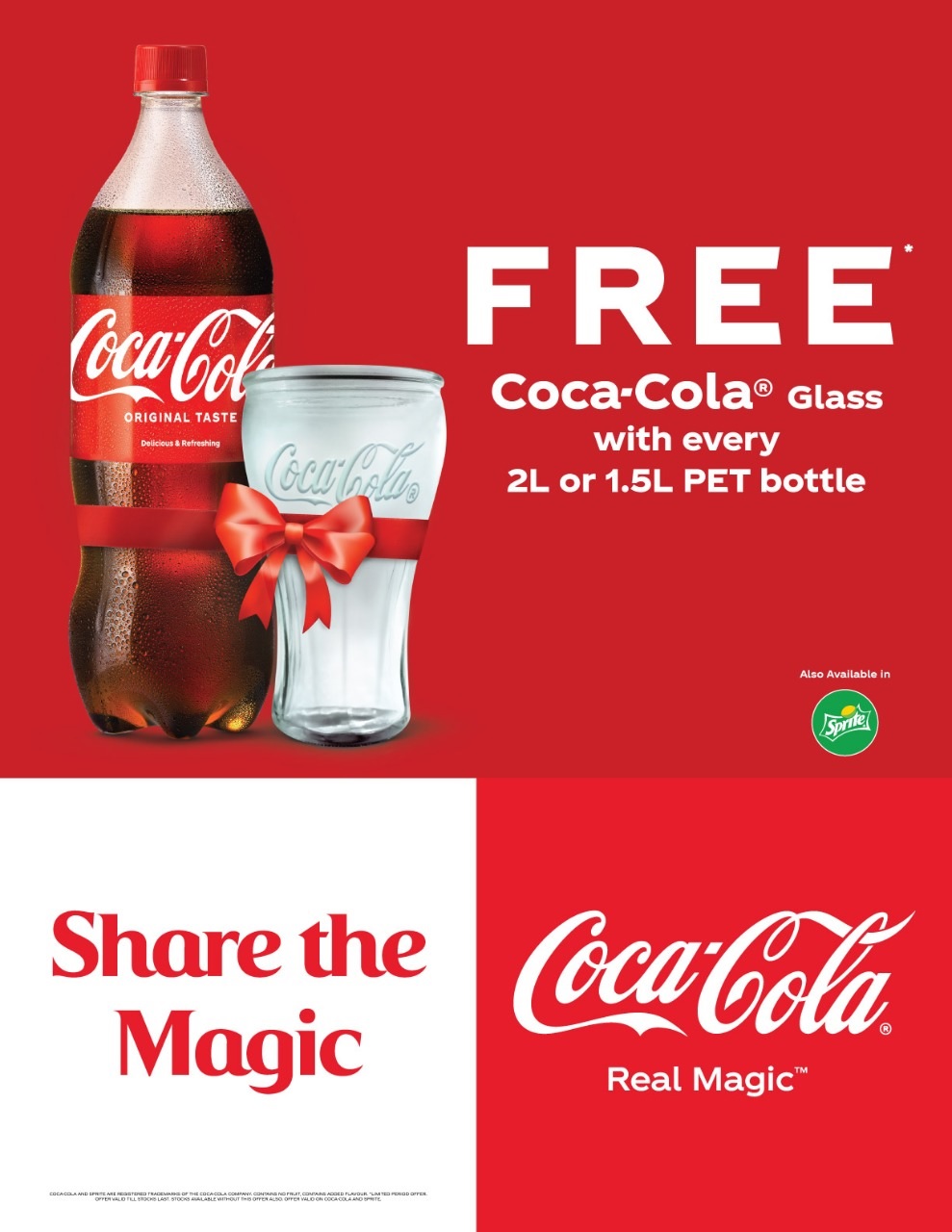 The brand that is synonymous globally with Christmas and the holidays, Coca-Cola brought the holiday cheer to every home in Sri Lanka by offering its clear glass tumbler free with every Classic Coke and Sprite PET bottle of 1.5 or 2 litres, until stocks last.

To kick-start the holiday season and celebrate the spirit of Christmas, Coca-Cola Sri Lanka brought back the much-loved glass tumbler, which is reminiscent of the original glass bottles sold by The Coca-Cola Company. For the past few weeks, Coca-Cola has been able to share the real magic of the Christmas holidays with consumers and continue the tradition of celebrating the unstoppable force of the season in bringing people together. The glass tumbler, which is available in modern and general trade stores islandwide, until stocks last, is a must have for fans of Coca-Cola, especially for those who have been collecting similar Coca-Cola tumblers over the years.

On the occasion of the Christmas holidays, Coca-Cola Sri Lanka organized a number of activities for its consumers to get into the festive mood as they closed out the year. The Coca-Cola Christmas Caravan visited several locations across the Western province from 10th to 30thDecember bringing holiday cheer to thousands of consumers residing in Colombo as well as in the suburban areas from Moratuwa all the way up to Wennappuwa. Consumers took home exciting prizes and surprises by participating in fun activities such as the digital spin the wheel, and the “Share your wishes” giveaway, while a Virtual Reality (VR) gaming stall allowed them to immerse themselves in high-tech games.

In the season of giving, The Coca-Cola Foundation (TCCF) has also commenced the ‘Say We Care’ initiative, a country-wide drive to provide much-needed support to 6,000+ vulnerable Sri Lankan families struggling to survive due to the ongoing economic crisis. The initiative has already commenced distributing relief packs that will support these families for approximately two months among some of the hardest-hit communities in the most vulnerable parts across the island across nineteen locations in ten districts.

Coca-Cola has been a part of Christmas festivities globally for several decades. Coca-Cola’s warm-hearted and rosy-cheeked Santa Claus is a significant Christmas icon that brings joy into the lives of millions of people around the world. As the trucks roll into towns, villages and communities worldwide, they bring with them the seasonal joy for millions of consumers. By tying up with various social service and welfare organizations, the Coca-Cola Caravan has also become a beacon for goodness, reminding people of the season of giving during the Christmas holidays.

Coca-Cola has played its part in bringing back the smiles to the faces of all Sri Lankans and invites all consumers to take home real magic to their loved ones with the the Coca-Cola glass tumbler, available with every purchase of 1.5 or 2 litre Classic Coke and Sprite PET bottles, available in general and modern trade stores islandwide until stocks last.