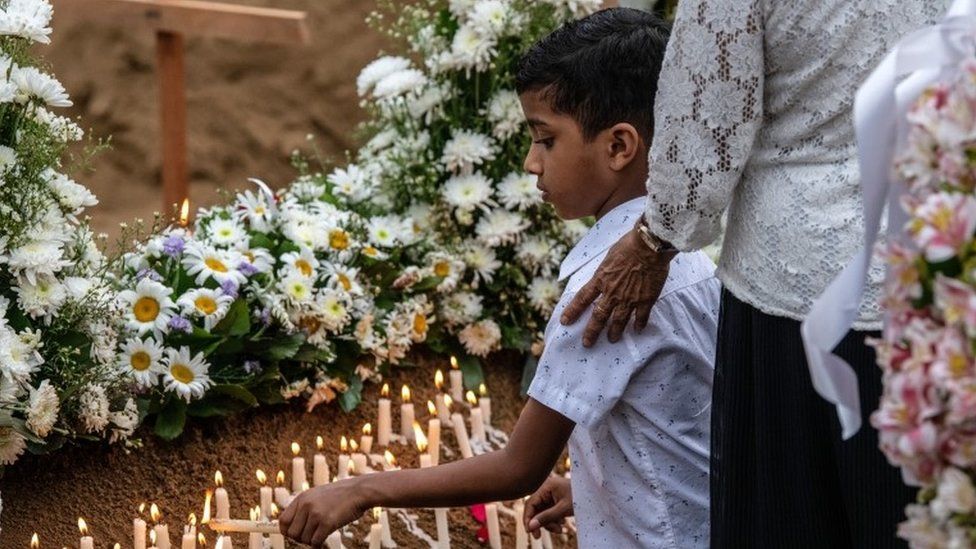 Indian External Affairs Minister S Jaishankar’s visit, preceded by that of a Chinese delegation, and such other news items seem to have crowded out another equally important, possibly even more critical development out of the local media. The call by the UNHRC’s Office of the High Commissioner for Human Rights (OHCHR) for (the government ordering?) an ‘independent investigation with international assistance’ into the Easter blasts is nothing but an attempt by the international organisation to rule the nation by other means – through assumed rights without any responsibilities, and mocking at the nation’s judicial system, all the same.

“Whilst no amount of compensation can ever erase the suffering and pain of the victims and families, this judgment marks a step in the victims’ struggle for recognition of the harm suffered and their rights to truth, justice and reparation,” OHCHR spokesperson Jeremy Laurence has been quoted as saying.

The reference of course is to the supreme court ordering respondents including then President Maithripala Sirisena (LKR 100 m) to pay unprecedentedly huge compensation to the victims of the blasts, for which they have been held liable under the civil law now. The proceedings against then Prime Minister Ranil Wickremesinghe will have to be taken up after he demits office owing to the constitutional protection against the incumbent President, now.

The UN office called upon the government to ensure that victims receive adequate compensation and that they and their representatives are fully consulted in the disbursement of the funds. It means that they are not satisfied with the LKR 10 m compensation to the next of kin of the dead and LKR 500,000 to the injured that the supreme court had ordered the government to pay individual victims, for its own share of culpability.

“In its judgment, the court expressed ‘shock and dismay’ at the lack of ‘oversight and inaction’ by the security and intelligence officials –- ruling that the former President and his top security officials had failed to prevent the attacks, despite detailed intelligence suggesting such attacks were imminent,” the statement said further. Alongside, the spokesperson reiterated the OHCHR’s recommendations to the government, urging them to release the complete findings of previous inquiries into the Easter Sunday bombings.

The statement urged the government also should establish a follow-up independent investigation, with international assistance and the full participation of victims and their representatives, and to hold all those responsible to account. With this new, interventionist statement, the OHCHR is now openly indicating that the government should order ‘independent investigations’ but with ‘international involvement’ to fix the criminal liability of those now ordered to pay compensation.

Clearly, the UNHRC is making hay when the sun shines, or does not shine enough on the nation. There are a few unsaid statements flowing out of what has been said. One, the Easter blasts and the supreme court order may become the subject matter for what has become periodic UNHRC discourse, debate and possible resolution, this time in the upcoming March session. The second and even more critically important message is that the western sponsors of such other international organisations, but in the economic field, like the IMF, World Bank and ADB, can be expected to link economic aid to OHCHR’s wish-list, purportedly under Resolution 1/51, whose length is only growing.

It is also in this context, President Wickremesinghe’s recent call for the larger Indian neighbour with greater influence with the western powers to intervene in the IMF aid matter, has to be seen. Maybe, he is not referring only to the IMF credit that has been in the pipeline of promise for a long time now. Instead, the government seems to want New Delhi to take pro-active measures to ‘protect’ Sri Lanka and its ruling class from constant and upscaled harassment in the name of human rights violations of any kind. The plea seems to be that India should go beyond what has become a customary ‘abstention’ from the UNHRC votes on Sri Lanka.

Otherwise, too, now that three large creditors in India, Japan and China have agreed to rescheduling and restructuring the loans that they have given to Sri Lankan public entities, the IMF may be beginning to think in terms of listing out (more) conditionalities of its own, that too, those outside the economic purview and the nation’s repaying capacity, whenever.

Of them, India wrote to the IMF ahead of the recent Sri Lanka visit of external affairs minister S Jaishankar lest that the subject too should crowd into his tight talks-schedule with government officials, starting with the President. The Chinese delegation has reportedly given a specific commitment going beyond its vague and varied assurances that did not matter anything. Japan of course has been ever ready all these months, and no one is asking if the country has already written to the IMF on this matter.

The question is if President Wickremesinghe would be able to take the international pressure, both said and unsaid, on the OHCHR demand for a new criminal investigation, or expanding the scope and depth of the ongoing one, going beyond the obvious. The indication seems to be for the government to fix criminal culpability, too, on those that the court has made to pay up for ignorance, arrogance or whatever that led them to ignore the Indian alerts in the matter.

Alternatively, he needs to have the guts to tell the OHCHR, UNHRC and the US-led West that enough was enough on the Easter blasts probe or the larger war-crimes and accountability demands. In continuing talks with the Tamil polity, he and his ministerial aides have promised an early legislation for an independent probe into accountability issues – but intended to cover only allegations of war-crimes and war-time crimes, into which the Easter blasts and many others post-war won’t fit in.

Of course, there is always the issue of the Tamil polity and society agreeing to whatever the government has in mind and putting it down on paper. Or, the international community, together or independent of the Tamils, including the Diaspora, reject or demand. The mood, going by the OHCHR demand for an independent criminal investigation with international assistance, seems to have given notice on the mood of the West and the mode of what they want.

Of course, there is a third alternative. The West may delink the IMF aid and the UNHRC, at least for now, and allow them to travel together but on parallel routes so that what amounts to humanitarian aid is not hampered. Such aid may include those that further economic development that this nation needs so badly at this juncture, though the government is not acknowledging as much just now.

But that is only delaying action for now – as happened with the US ban on Gen Shavendra Silva, not when he was part of the post-war Sri Lankan mission in the UN, or when the duo government of President Maithripala Sirisena and Prime Minister Ranil Wickremesinghe  made him the army chief. It came about when the successor Gotabaya Rajapaksa became President.

That is to say, their notice is not just for the government as an institution or politicians as elected leaders – but on the voters of this country, on whom to choose – or, rather, whom not to vote for. Of course, in elections, the West is not necessarily thinking about the local government polls scheduled for March, but are looking at something much bigger, say, the presidential and parliamentary polls, which are due respectively in 2024 and 2025.

It is but a coincidence that the nation-wide local council elections are fixed for March, when the bi-annual UNHRC sessions are set to be held, and it is not unlikely that the OHCHR’s ideas on the Easter blasts probe may find a mention, either in a resolution or definitely in the customary debates.

(The writer is a policy analyst & political commentator, based in Chennai, India. Emal: sathiyam54@nsathiyamoorthy.com)