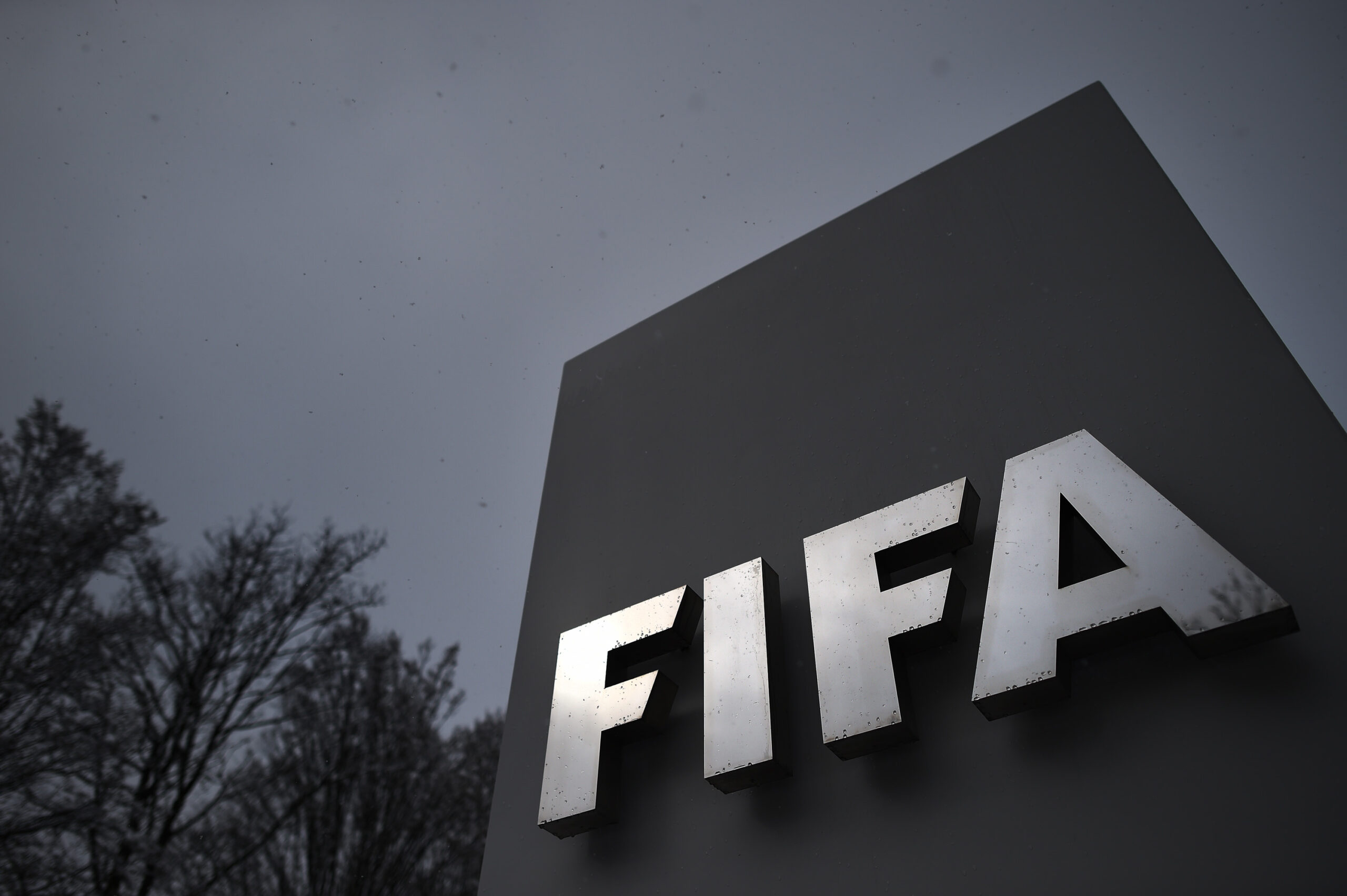 The Football Federation of Sri Lanka (FFSL) has been suspended with effect from 21st January 2023 until further notice.

The Secretary General of FIFA, Fatma Samoura informed the member associations that FFSL has been suspended consequent to a decision taken by the Bureau of the FIFA Council.

FFSL has now lost all its membership rights until further notice.

Sri Lanka cannot take part in any international competition until the suspension is lifted.

The suspension is reportedly linked to third party interference in matters related to the FFSL and allegations related to the Sri Lanka football elections held on 14th January. 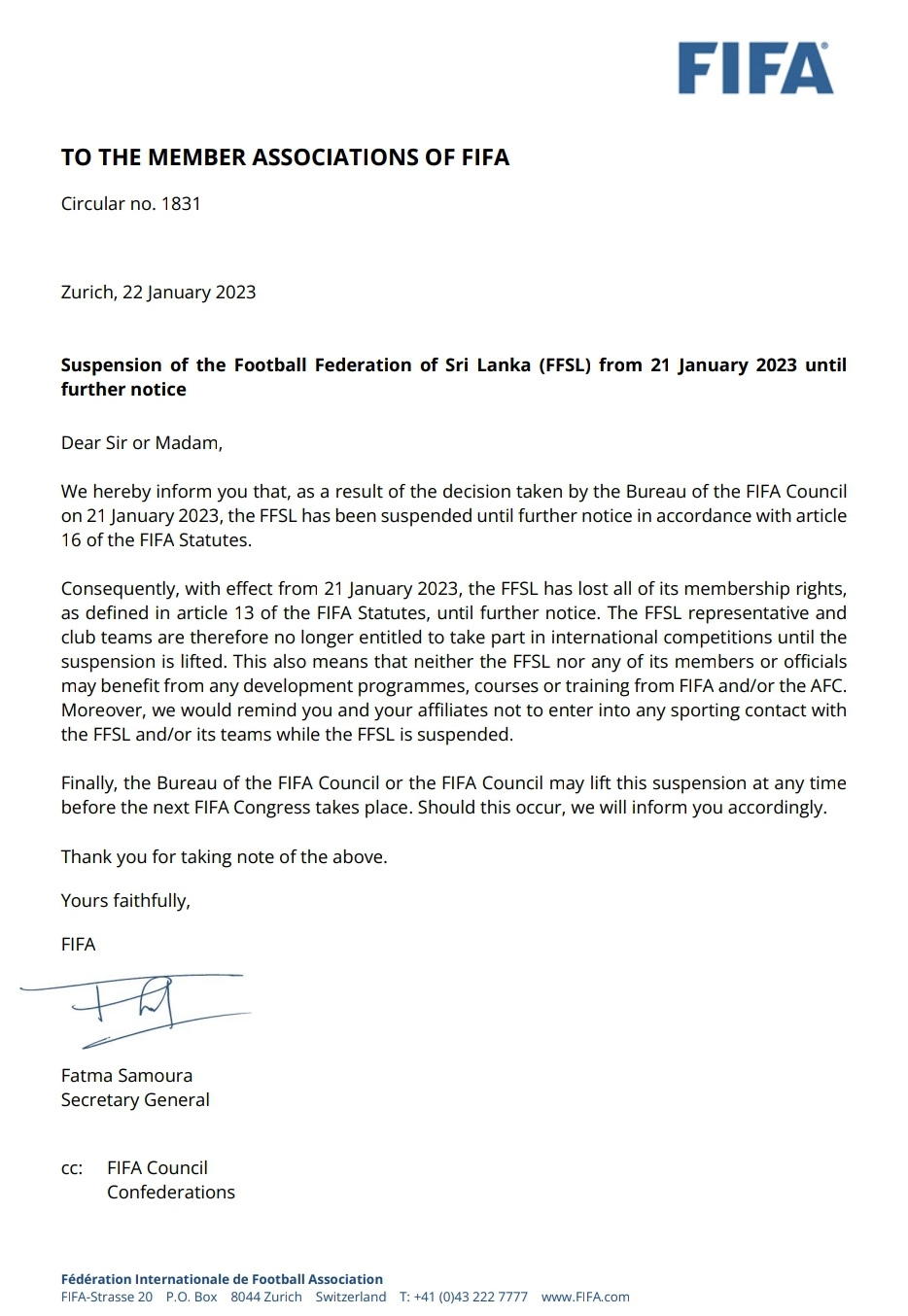