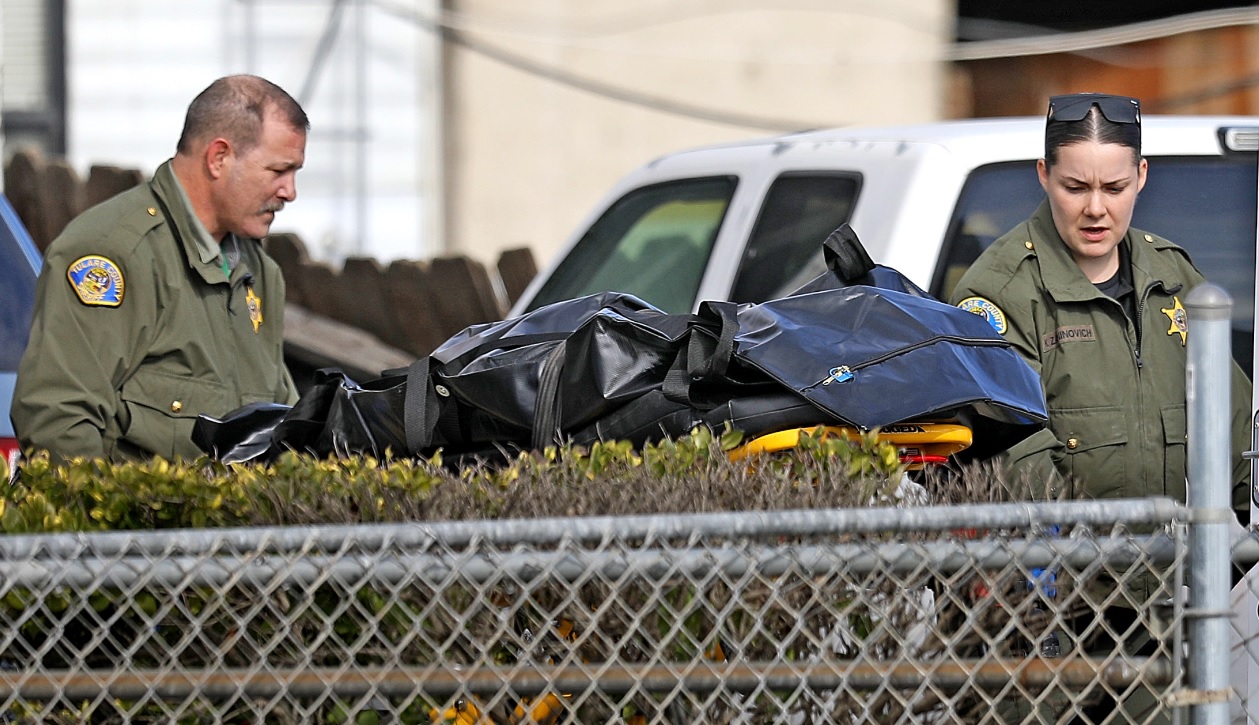 Four generations of one family were killed in what is described as a “cartel-like execution” at a California residence known to police for drug-related activity.

A 16-year-old mother, her 10-month old son and the baby’s grandmother and great-grandmother were among the victims, police and family say.

The home in Goshen, population 3,000, had been raided by police last week.

Police say they are seeking two known suspects in the “targeted massacre”.

In a news conference on Tuesday, Tulare County Sheriff Mike Boudreaux did not provide the names of the suspects, saying that it was due to the possibility that the killers were watching in order to avoid capture, but revealed that much was already known to authorities about the tragedy.

Police had searched the residence just last week and found stashes of marijuana and methamphetamines.

“None of this was by accident,” Mr Boudreaux said. “It was deliberate, intentional and horrific.”

According to Mr Boudreaux, one survivor lay flat on the floor, with their feet against the door in order to prevent the attackers from entering the room.

“He was in such a state of fear that all he could do was hold the door, hoping he was not the last victim,” the sheriff said. The other two hid themselves in a nearby trailer when shots broke out.

Police were called to the property by a survivor at about 03:30 (11:30 GMT) on Monday. They found two bodies on the street and others inside the home.

Sheriff Boudreaux said the child and mother appeared to have been fleeing the scene, and that forensic evidence shows that the killer stood over the victims and fired at their heads from above.

The FBI’s San Francisco office is assisting in the investigation, and a $10,000 (£8,100) reward is being offered for information leading to an arrest.

Police are monitoring the Mexico and Canada border for the suspects, the sheriff said, adding that the “very insecure border” has allowed Mexican drug cartel activity to grow in the central California area in recent years.

“Let me make this very clear, not all these people in this home were gang members,” said Mr Boudreaux, adding that the mother and child were innocent victims.

He said that the killings appear “similar to high-ranking gang executions, and the style of execution they commit”, because the victims were “shot in places where a shooter knew that quick death would occur”.

Hundreds of items of evidence have been collected so far, the sheriff said, and results of post-mortem examinations of the victims are expected by Friday.

He also appealed to members of the public to check CCTV cameras on their property for video of suspicious vehicles in the area between 03:00 to 05:00 on Monday.

Elyssa Parraz’s grandfather told the Associated Press news agency that she had been living with the child’s father’s family in Goshen, central California. Samuel Pina said that the baby’s uncle, grandmother and great-grandmother were also killed.

“I can’t wrap my head around what kind of monster would do this,” he said. (BBC)