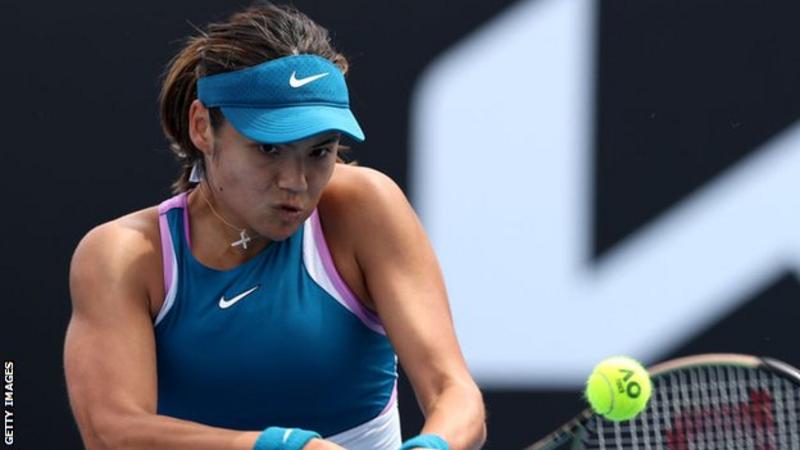 Emma Raducanu made a positive return to court after her injury scare, moving into the second round of the Australian Open with a straight-set win.

On the opening day in Melbourne, the British number one won 6-3 6-2 against Germany’s Tamara Korpatsch.

Raducanu, 20, rolled her ankle in Auckland 11 days ago and a beaming smile after sealing victory showed her joy at coming through her first test.

Gauff, 18, is among the favourites to win the women’s singles at Melbourne Park and started with a 6-1 6-4 victory over Czech opponent Katerina Siniakova.

American third seed Jessica Pegula, Gauff’s doubles partner and another favoured by many to win her first major singles title, made an even bigger statement with a 6-0 6-1 victory over Romania’s Jaqueline Cristian which took just 59 minutes.

In the men’s singles, Britain’s Kyle Edmund was beaten 6-4 6-0 6-2 by Italian 15th seed Jannik Sinner as he continues to rebuild his career after a serious knee injury.

Edmund, 28, reached the semi-finals in 2018 but has seen his career derailed after needing three operations and was playing using a protected ranking.

When Raducanu left the Auckland court in tears, her chances of playing at the first major of the season looked in serious doubt.

Physical issues have plagued the Briton since she was catapulted to superstardom by winning the 2021 US Open as a teenage qualifier and, after employing Andy Murray’s former fitness coach Jez Green, she worked hard in pre-season on building her body to withstand the rigours of the WTA Tour.

So it was a bitter blow when she rolled her left ankle in what she described as a freak “accident”.

Raducanu’s movement improved in practice at Melbourne Park as last week went on, but the real indication of her condition would only be apparent in a match scenario.

With strapping still on the ankle, Raducanu initially looked cautious when she stretched out to the backhand side and had to put weight on the affected foot.

A poor quality start littered with unforced errors saw the pair exchanging five breaks of serve before Raducanu began to grow in confidence.

Korpatsch, 27, is ranked a place higher than Raducanu but does not have the same pedigree and was making her Australian Open main-draw debut.

A double fault from the German – who is more comfortable on clay and looked nervous throughout – brought up a match point which Raducanu took when Korpatsch hit a forehand long.

Raducanu beamed with delight as she twirled on the court in celebration, but knows a much tougher test lies ahead when she plays Gauff on Wednesday. (BBC)