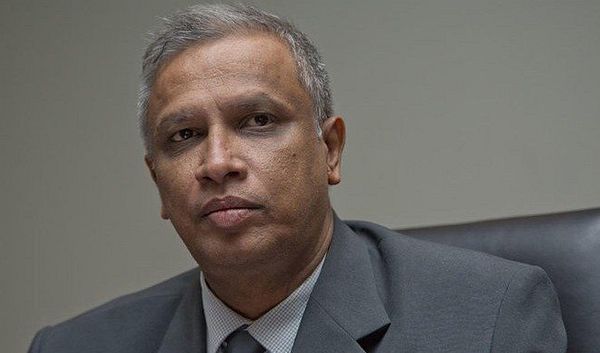 If anyone thought that the recent Canadian sanctions against former Presidents Mahinda Rajapaksa and brother Gotabaya Rajapaksa, along with two army officers charged with Tamil-killing outside the battle-field could pressure the government of President Ranil Wickremesinghe to fast-track a liberal solution to the ethnic problem, it is not to be. If anything, the timing of the Canadian sanctions that denies entry for the four and freeze of their assets, if any, in any Canadian entity, may only derail whatever progress was expected in the halted (if not aborted) talks that Wickremesinghe has initiated with an already divided polity on yet another self-defeating mission.

All this, when the President initiated the quick-fix talks with a self-imposed deadline for announcing a solution by the nation’s 75th Independence Day, on 4 February. He indicated and TNA parliamentarian M A Sumanthiran detailed that the initial package would derive from 13-A without naming it, but the latter also insisted on fulfilment of Tamils’ pre-conditions for taking forward the four-day talks that was aborted on day one. Therein lies the hitch, and the reasons are not far to seek.

Though selective western nations like the US and the UK have imposed sanctions and ban on individual Sri Lankan military officers for alleged ‘war crimes’ before they were conclusively proved, this is the first time ‘vicarious culpability’ has been passed on, bottom up, all the way to the political leadership, that too the  President, who is also the supreme commander of the armed forces. Mahinda was the war-time President and Gota, Defence Secretary at the time.

The world condemned him for granting pardon, as short-lived President (2019-22), to Staff Sergeant Sunil Ratnayake, whose death sentence the Supreme Court had confirmed for the ‘Mirusuvil killings’ of eight Tamils in Jaffna Peninsula. Even without it, Sri Lanka has a principled position, owing to which even court-ordered death sentences have not been carried out for decades. Lt Commander Chandana Prasad Hettiarachchi, also known as Navy Sampath, was involved in the death of at least eight of the 11 ‘Trincomalee victims’.

The US banned the two veterans in 2021, but not the Rajapaksas. The US, the UK, Australia and others have similarly sanctioned ranking war-time army commanders. By its sanctions on Brothers Rajapaksas, Canada is now taking the lead for fixing ‘political accountability’ on allegations of human rights abuses and violations when they were in power. This reverse flow of fixing culpability may have skipped certain levels of commands and commanders, if it came to that, and this could well cause jitters across the nation’s uniformed services, both serving and retired.

This much becomes clear when the statement by Canadian Foreign Minister Mélanie Joly asserts that “Canada will continue to collaborate alongside international partners, including through relevant multilateral bodies to advocate for human rights and accountability in Sri Lanka, which is an important step toward securing a safe, peaceful and inclusive future for the country.”

It further says that “Canada, as part of the Core Group on Sri Lanka at the United Nations Human Rights Council will continue to advocate for the full implementation of resolution 51/1 and support efforts towards attaining accountability and peace on the island.” And, Canada has extended symbolic funding for humanitarian assistance, as Sri Lanka is still reeling under an economic distress that burst out last year.

Incidentally, it was the US-led Core Group’s initiative at the UNHRC in 2012 that aborted the post-war Rajapaksa government’s talks with the TNA for a political solution, which had otherwise made substantial progress on contentious issues from the pre-war past. If anything, the TNA owning up the ownership of the US-initiated resolution that put paid to the peace negotiations nearer home. After that, this was the first time that negotiations have begun with the hope of arriving at a solution, interim if not final, after two false starts under Presidents Maithripala Sirisena and Gotabaya Rajapaksa.

Even without the Canadian sanctions, the ethnic talks for finding a political solution were faltering as the government was dragging its feet on the three pre-conditions put forward by the Tamil National Alliance (TNA), which continues to be in the forefront of the government-initiated talks. The demands included ‘accountability for missing persons’, freedom for political prisoners and return of Tamil lands that continue to be in the possession especially of the armed forces in the North and the East.

It is anybody’s guess why the government is not keeping its word. It has also not officially clarified if it was facing any problems, especially from security forces, on all three issues, because they all sort of concern them, after all. Then, of course, there are the hurdles that ‘Sinhala majoritarianism’ could place on the road to recovering ethnic peace in the country – real and imaginary, present and future.

In fact, the government’s perceived lack of sincerity in the matter forced the three-man TNA delegation, comprising alliance chief R Sampanthan, spokesperson M A Sumanthiran and also Selvam Adaikalanathan, leader of the TELO partner, to give upon the four-day ‘marathon talks’ with the promise to return to the negotiations table, as the President-led delegation sought one more week, to tie up loose ends. A clear picture is expected to emerge only in the coming week or ten days.

TNA, not the same

Even without it all, the TNA has broken up as a common, recognisable political entity, in the one week that they gave the Government, and won’t be able to return to the negotiations table the same way it had commenced. After the ITAK leader of the three-party alliance unilaterally decided to contest the promised local government elections on its own and on traditional poll symbol, ‘House’, the TELO and PLOTE partners walked out to join hands with erstwhile TNA partners and LTTE cadres, and claim to be the TNA now.

There was another little drama on the side when C V Wigneswaran, former TNA Chief Minister of the Northern Province, walked out of the still-formed new alliance, after being reportedly denied its leadership. It was not without reason that TELO boss Selvam Adaikalanathan was claiming to be self-appointed joint leader of the ITAK-led TNA before the current break-up.

They have now decided to contest under a new, common ‘Lamp’ symbol instead of attaching to Wigneswaran-led TNPF’s brand new ‘Peacock’ symbol, as sought by the latter. The new group is also keen on registering their TNA with the Election Commission, with a new common symbol – which the ITAK leader has consistently declined, up to now. ITAK has since declared that the Tamil people (voters?) will decide which is the real TNA, even as it is increasingly clear that ITAK is not too keen to have new allies, to be able to form any alliance of any kind.

This will have consequences for the ethnic talks, as the TNA, which the government and the international community identify as the main representative of the Tamil people, would have fewer MPs than at present among the total 16 of them from the community. This is because, in his eagerness to fast-track a solution, President Wickremesinghe has restricted invitation and participation, both of the Tamils and of the larger all-party groups, to parliamentary representation.

In the past, all-party conferences on the issue got stalled as those without parliamentary representation happily stalled the proceedings by throwing up tantrums of different kinds, all flowing from the Sinhalese sense of majoritarian insecurity. It is another matter that not all parties in the non-ITAK grouping can see eye to eye, but they will still have an argument that the TNA is not the ‘sole representative’ as is being projected. They may get a sympathetic echo on the streets of the North and the East, where it matters.

The legality and feasibility of the Supreme Court’s recent verdict in the 2019 ‘Easter blasts case’ against then President Sirisena and others need to be viewed. Taken to its logical conclusion, the court could provide honourable and meaningful compensation to the families of ‘missing Tamils’, where culpability of the accused could be relatively better established. For, the international community or the Tamils nearer home to take off from UNHRC 51/1 or the Canadian initiative, could produce headlines but not any meaningful way out for the victimised families.

In today’s exchange rates, the court verdict may not mean much, but symbolically, the compensation ordered to be paid by Sirisena (LKR 100 m) to the blast-victims, Jayasundara and Jayawardena (LKR 75 m), Fernando (LKR 50 m) and Mendis (LKR 10 m) goes a long way. To this, the seven-judge Bench has unanimously directed the Government to pay a million rupees each to those who died in the attacks, and LKR 500,000 each to the injured.

But there may be a hitch. What if any or all of the persons ordered to pay the compensation do not have the wherewithal. Or, if they had no cash or bank balance, but had only assets? Or, did not even have assets adequate to be liquidated for paying the compensation? Even if they had property, will the current market conditions, in the wake of the economic crisis, fetch them a reasonable price?

If any or all such possibilities exist, what would come of the Supreme Court’s verdict, and more so, those charged with making those payments? And for the Government that has no money to pay for a lot of essentials, what kind of spending is the court talking about? Going by published accounts, 269 persons, including 45 foreign nationals, lost their lives, and around 500 others were injured. The total Government pay-out would work out to LKR 2940 m, or close to LKR 3000 m. It is a lot of money in the current economic situation.

Then, there is the unasked question: Now that the highest judiciary of the land has opened up the flood-gates for compensation/damages, how will it handle petitions from families of those dead, or from that are seriously injured that the said amount was inadequate and the Supreme Court reconsider their claims on an individual basis? What if the Supreme Court verdict implies culpability, and families of any or all the foreigners who died in the serial blasts, move victim-friendly judicial institutions in their country that also have the tendency to assume jurisdiction elsewhere, too?

Having said all this, what about the criminal culpability of those who have been asked to pay compensation? After all, the fundamental rights case flowed from the appeals filed by Fernando and Jayasundara, challenging their arrests for what was made out to be a ‘mass murder’, which otherwise tantamount only to ‘criminal negligence’ on the one hand and ‘dereliction of duty’ on the other?

If such were the complications arising out of the Supreme Court verdict, will it enthuse the families of the Tamil victims of ‘forced disappearances’, to follow suit, without pressing too much for criminal accountability of the kind – which the Bench has seemingly side-stepped in the ‘Easter blasts’ case, at least as for as those that were not directly involved in deaths and destruction?

(The writer is policy analyst & political observer, based in Chennai, India. Email: sathiyam54@nsathiyamoorthy.com)