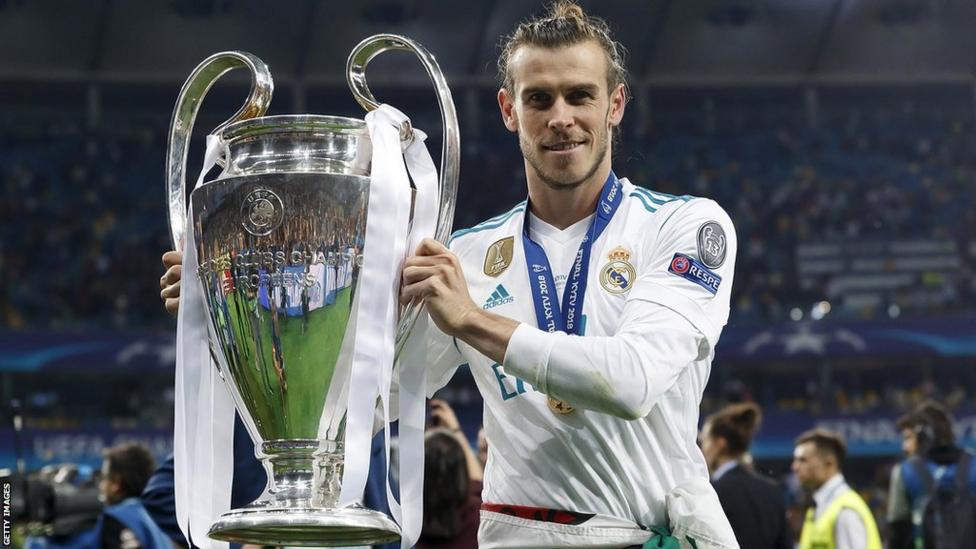 Wales captain Gareth Bale has announced his retirement from football at the age of 33 after a glittering career.

“After careful and thoughtful consideration, I announce my immediate retirement from club and international football,” Bale said.

“I feel incredibly fortunate to have realised my dream of playing the sport I love.”

Cardiff-born Bale’s club career took him from Southampton to Tottenham Hotspur and a world record transfer to Spanish giants Real before his move to Major League Soccer club Los Angeles FC in June 2022.

He was his country’s talisman as they reached the 2016 and 2020 European Championships before he led Wales at their first World Cup since 1958 at Qatar 2022, ending his international career with 41 goals in 111 appearances.

During his time in the Spanish capital, Bale helped Real win three league titles and five Champions League titles – a number no other British player has matched – along with three Club World Cups, three Uefa Super Cups and a Spanish cup.

“It [football] has truly given me some of the best moments of my life,” added Bale.

“The highest of highs over 17 seasons, that will be impossible to replicate, no matter what the next chapter has in store for me.”

Bale had joined Tottenham in a deal worth a reported £10m in 2007 having played 45 times for Southampton, scoring five goals.

Having been used primarily as a left-back in his early career, he really began to thrive in a Spurs shirt when operating further forward, catching the eye especially with a scintillating hat-trick in the Champions League at the San Siro against European champions Inter Milan.

Bale’s scintillating Spurs form secured the move to Real, where his spell was not always positive despite the fact he scored 104 goals in more than 250 appearances for the club, including two in a match-winning performances in the 2018 Champions League final against Liverpool.

That was one of five European titles with Real, but injuries and inconsistent form leading to fewer first-team opportunities as his time in Spain went on.

In 2019, Bale looked on the verge of moving to Chinese club Jiangsu Suning but the proposed transfer broke down, with the forward saying at the time that Real had “blocked” the move.

His relationship with the Spanish giants was further impacted after he celebrated Wales’ qualification for Euro 2020 with a Welsh flag emblazoned with the words ‘Wales. Golf. Madrid. In that order’.

He returned to Tottenham on loan in 2021-22 – and scored 17 goals to give him an overall Spurs record of 72 goals in 237 games at a club where he is still adored – before making just seven club appearances for Madrid in the following campaign, his last as a Real player.

After his Real contract expired, Bale joined LAFC on a 12-month deal, though his spell in the US was blighted by fitness issues.

Bale managed 13 appearances – including only two starts – for LAFC, though he did help the club lift the MLS Cup for the first time in November by scoring a last-minute equaliser in extra time to set up a penalty shootout which his side won.

“To show my gratitude to all of those that have played their part along this journey feels like an impossibility,” Bale said.

“I feel indebted to many people for helping to change my life and shape my career in a way I couldn’t have ever dreamed of when I first started out at nine years old.

“To my previous clubs Southampton, Tottenham, Real Madrid and finally LAFC, all of my previous managers and coaches, backroom staff, team-mates, all the dedicated fans, my agents, my amazing friends and family, the impact you have had is immeasurable.

“My parents and my sister, without your dedication in the early days, without such a strong foundation, I wouldn’t be writing this statement right now, so thank you for putting me on this path and for your unwavering support.

“My wife and my children, your love and support has carried me through. Right beside me for all the highs and lows keeping me grounded along the way, you inspire me to be better and to make you proud.

“So I move on with anticipation to the next stage of my life, a time of change in transition and opportunity for a new adventure.”

While he faced criticism at times from Real fans, Bale’s contribution was never questioned by Welsh fans.

Wales went out of the recent World Cup at the group stage, with their loss to England proving to be the final appearance of Bale’s career.

It was not a fitting end for a player who achieved extraordinary feats with his country.

Bale made his Southampton debut as a 16-year-old in April 2006, and his first senior cap followed a matter of weeks later.

That made Bale Wales’ youngest international – although that record has since been broken.

That first appearance, in a friendly against Trinidad & Tobago in May 2006, marked the start of a Wales career in which Bale inspired his country to the best spell in their history.

Having ended a 58-year wait for a major tournament appearance by qualifying for Euro 2016, Wales produced a sensational run to the semi-finals, only losing to eventual winners Portugal.

They also made it to the knockout stages of the next European Championship before last summer’s play-off final win over Ukraine saw Wales clinch their long-awaited return to the World Cup. (Courtesy BBC)