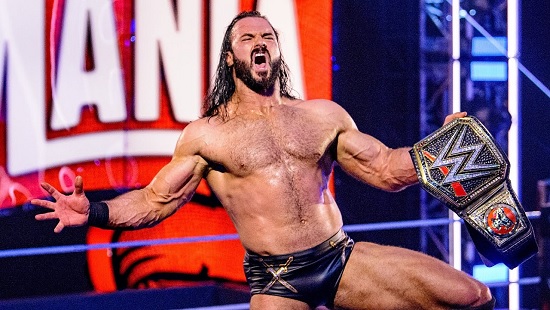 The WWE superstar tweeted saying Yadav was a machine after he scored his third T20i ton in six months.

“A third T20i ton in six months. SKY is a machine!” McIntire tweeted.

Yadav is known as ‘SKY’ and his century scored off 45 deliveries helped India beat Sri Lanka in the third T20 international and clinch the 3 match series 2-1.

SKY finished unbeaten on 112* off just 51 deliveries, smashing nine sixes and seven fours in his match-winning knock, the second-fastest ton in men’s T20Is by an Indian batter following Rohit Sharma’s 35-ball effort against the same opposition country back in 2017.

He performed as Drew Galloway outside of WWE from 2001–2007 and again from 2014–2017, most notably with Total Nonstop Action Wrestling (TNA), where he was a one-time TNA World Heavyweight Champion and one-time Impact Grand Champion.