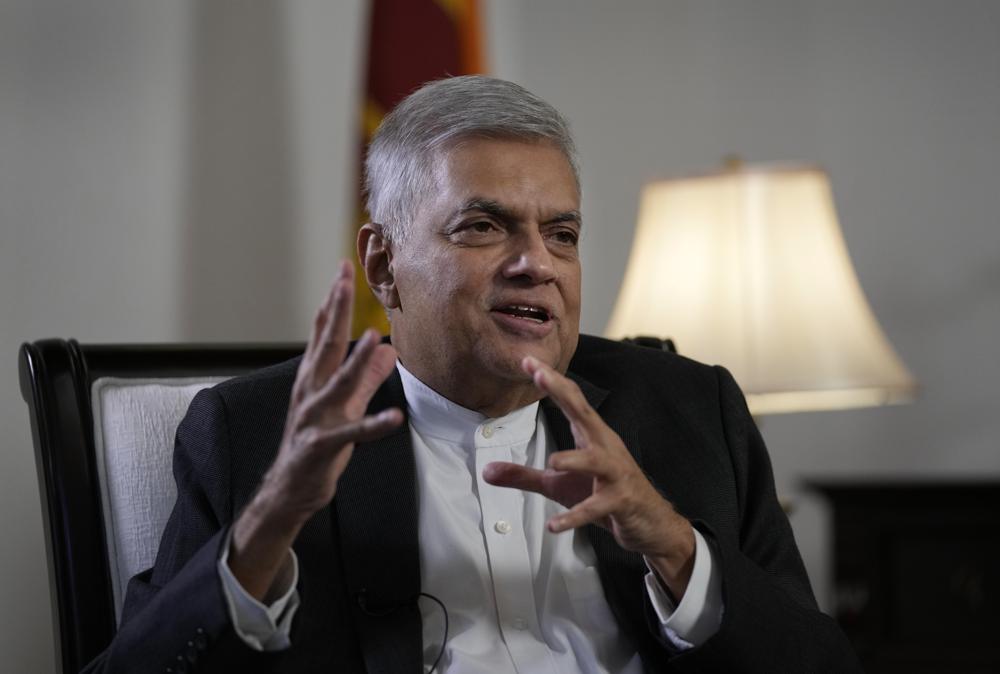 In continuation of the preparatory all-party conference of last month and year, and also the two rounds of talks he and his team has had with Tamil parties, President Ranil Wickremesinghe has called a marathon four-day session of the former on resolving the long-drawn-out ethnic issue, this week, from 10-13 January. Given his own National Day deadline of 4 February, to announce a decision, better the President fast-tracks processes that had been delayed, time and again, not just by hours and days, but months, years and decades.

Ranil’s name is attached to the peace process, at least on three distinct time-frames in the past – the first one was a negative and negating approach, and the other two among the most positive initiatives, still. As the Leader of the Opposition in Parliament, he actually burnt the draft constitutional amendment, enshrining the ‘Chandrika Package’, which was among the best that has been thought of, thus far.

The LTTE, which was the self-proclaimed ‘sole representative’ of the Tamils at the time would have been happy and sad at the same time, at Ranil’s act. Happy, because even the Sinhala polity was rejecting the proposals, which were otherwise considered wholesome, hence popular. Sad, because with this one act, Ranil took away the pleasure of declining the draft that would have rested otherwise with the LTTE, exclusively.

Ranil and his unified UNP of the time had claimed to have opposed the draft as it camouflaged a term-extension in the larger ethnic solution, and they were opposed to the former and not the latter. The truth was that they too were apprehensive about the package making her popular, among the Tamils, Muslims and Sinhalas, as she had been in the presidential polls of 1994. At 62, she still holds the highest poll percentage in a presidential election, which incumbent Mahinda Rajapaksa could not surpass in the post-war polls of 2010.

But Ranil’s next two attempts in this regard were positive. As Prime Minister under the very same President Chandrika, he caused the ceasefire agreement with the LTTE through Norwegian facilitation/mediation, and later co-authored the Steering Committee draft for the Constitution Assembly, when he was Prime Minister under President Maithripala Sirisena (2015-19). Luck has it that Ranil, whether as President now, or Prime Minister in multiple six stints, has always had been in ‘co-habitation’ governments, not when his party colleague was occupying the other seat. That is saying something, if not saying a lot.

Looking at it from one perspective, there is nothing much for the government to negotiate with the Tamil parties as the Steering Committee draft of 2015-19, with TNA’s M A Sumanthiran as co-author, was said to be acceptable to both sides. Of course, Sumanthiran had attempted to explain away the non-unitary, non-federal concept in the draft but failed. Today, he is with the rest of the Tamils, threatening to settle only for ‘federalism’ and nothing else.

If the all-party conference fails to resolve the ‘national problem’ (though the nation’s economic struggle crisis has since upstaged the ethnic issue for the title), federalism one aspect on which it could collapse, without even taking off. No one should be surprised if at the commencement of the talks, or the all-party round of it, Sinhala nationalists opposed to it, ask the government delegation to clarify this one point – and take off from there. Whether they walk out of the venue, or oppose it from within, that is all to it, possibly for the conference as a whole.

While the nay-sayers are identifiable, say, Wimal Weerawansa, Udaya Gammanpilla, et al, the same cannot be said about the mainline Opposition SJB, which seems to be the proverbial cat on the wall, yet. In words, they made positive statements, but in actuality, they too would need the details of the government’s proposals or agreement with the Tamils, before commenting on it.

It does not stop with the SJB. While former President and Prime Minister Mahinda Rajapaksa has made welcome and supportive statements thus far – he even called on the ailing TNA leader, R Sampanthan, recently -– it remains to be seen what his party, SLPP, the official underwriter of the Ranil leadership, has to say on the matter. The Muslim polity too will wait anxiously, especially on the merger issue of re-merger of the North and the East. Incidentally, the Tamil parties have covered all their concerns over a political solution on the single term, ‘federalism’.

After informal discussions on 5 January at the President’s instance, the TNA especially has declared that they would test the waters for specific decisions on their pending ‘non-political’ but popular and ‘pressing’ demands, before deciding to join the conference on the three subsequent days. Tamil leaders have explained that they are doing their utmost to find a solution, also because they do not want to be blamed for being spoil-sport, or spoilt-sport, one more time. Yet, the TNA’s threat to boycott the conference if they did not get positive answers to three demands tantamount to blackmail, yes.

In a way, Ranil’s approach to the all-party conference, rather, to resolving the ethnic issue, is similar to that of the TNA, especially. A past master in this game, he knows the pot-holes and craters that the Tamil side has cut out for them. Like him, they too know that the Sinhala majority would not agree to replacing the ‘unitary’ scheme of the Constitution into ‘federalism’, yet, they are forcing their hand on it, knowing what would trap him, where, why and how.

In his post-war Sinhala popularity, as different from populism, Mahinda was said to be prepared to concede more powers to the provinces, especially the Tamils’, without either side mentioning the ‘federal’ word that is bad in the midst of Sinhala chauvinists and even the rest. The TNA goofed up wantonly at the time, and they seem intend doing it now, as well. What more, those like Sampanthan and Sumanthiran pretty well know that a constitutional character-change of the kind would require a referendum, and that Ranil is in no mood to face one just now, whether or not he wins it.

Divisive at every turn

The nation too cannot afford one of the kind as it could turn divisive at every turn, and also take the focus away from the continuing economic crisis. As an experienced administrator, Ranil would not want that to happen. Of equal, or greater importance, will be the continuance of Mahinda’s support for his government, at least until when the presidential elections and parliamentary polls are due, respectively in 2024 and 2025.

In talking a single term, ‘federalism’, the Tamils and other participating Tamil parties have not clarified their current position on re-merger. Even in the best of times, the Chandrika Package proposed only a ‘contiguity-based’ realignment of areas in the multi-ethnic Eastern Province. Whether such a course, now, would still require a political referendum in the East, as outlined in the Provincial Councils Act of 1987, is a question that constitutional East may not allow even the preliminary debate to happen.

Even without deliberations on substantive matter of the kind, the TNA’s demands on three pressing issues have the potential to torpedo the progress that has not been made. On the first issue, the government should have no problem to free ‘political prisoners’ against whom there are no specific criminal charges, whether under PTA or other laws. On the third demand, against the return of Tamil lands occupied by the armed forces during the war years, the government should have discussed it with them very long ago. Having failed to do so, maybe, they should both commence the ‘surrender’ process.

The Tamil demands also include one against the post-war ‘land grab’ by the government in Tamil areas, in the name of undertaking archaeological work, protecting forest land and for other bogus reasons. Much of it happened during the discredited presidency of predecessor Gotabaya Rajapaksa, and again, there is no reason or justification for the government to complicate a decision to re-do it all and early.

It is the second demand that the government will still find it easy to yield, whatever be the contours of a solution that may be proposed from within or by the Tamils. It relates to war-time accountability issues for ‘forcible disappearance’ of the Tamils, which is already being agitated by the US-led West in the UNHRC and which the TNA especially backs. It is common knowledge that no government in Colombo can survive by taking up the matter, and no leader would want to take that risk, which may go beyond his own term in office.