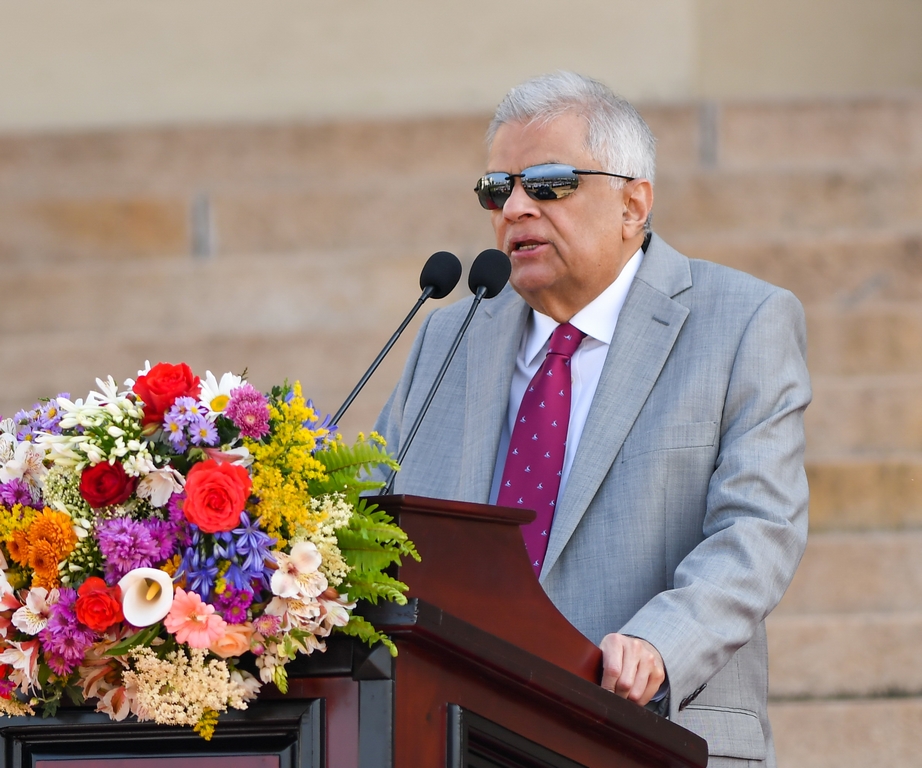 In his New Year message, President Ranil Wickremesinghe has acknowledged that 2023 will remain a ‘critical year to turn around the economy’.

It is an honest appreciation of the ground reality one more time, yes. In context, he has also injected hope by calling onto “boldly implement the proposed social, economic and political reforms to build a prosperous and productive Sri Lanka in the coming decade”.

The youth have sought a systems-change, the President said, in an obvious reference to the ‘Aragalaya’ protests that stirred the surface but left the core almost unaffected. There are many reasons but the fact remains that such a course has also ensured that the nation remained democratic and the new President is speaking about a systems-change occurring through and from within the existing system.

A constant complaint against the post-Independence Sri Lankan scheme is that it is either pro-poor or pro-rich, without taking the middle-path. This has translated to the government spending more than advisable on the social uplift of marginalised sections, who are mostly confined to rural areas that are disproportionately large compared to urban centres even this far after Independence. Of course, there are marginalised people even in the urban milieu. Price and tariff subsidies were thought to be enough.

If the idea was to lift the numerically-strong socially downtrodden out of the morass, the system stopped with making clerks still for the European colonial masters, as most students, urban or rural, had to stop their education at A-level. The nation also trained nurses for the overseas market, and prided as being among the major emigrant nations that also received substantial inward remittances owing to their contributions. With Covid lockdown that stopped, and added to the nations’ woes.

Alternatively, pro-rich governments have given huge tax-breaks and other concessions to the nation’s corporates. Even a so-called socialist in the discredited predecessor President Gota did it in his mid-Covid budget, denying the state of the revenues, which also added to the economic crisis that was already enveloping the nation. These concessions are disproportionate to the growth-related contributions of the nation’s corporate sector.

Though the President, in his message, has referred also to social reforms along with economic and political reforms, it is unclear what he means by the former, or how he expects the government to interdict and influencing reformative changes. After all, social reforms or transformation, one way or the other, is an evolutionary process with little or no governmental interference or influence, in practical terms, the government’s legislative interference has helped, through the short, medium and long terms.

The question is whether it should be done through the socialist, capitalist of communist models. The former is through affirmative action that keeps the long-term in mind, the second, despite all the hype attaching to the coupon-system and the like in western capitalist countries, has only ensured that the poor remain poor, if not become poorer. The communist scheme seeks to do the former through ‘stricter enforcement’, yet has succeeded only selectively.

The nation’s experience of the past decades is that no imported system has served the purpose. That includes hybrid capitalism, which the socialist SLFP and breakaway SLPP adopted, but without success. On the reverse, the capitalist UNP’s selective use of socialist ideas too has failed. The real problem lies somewhere in between, and maybe even outside of it. So is the solution, if it is any.

Teaching them to fish…

The current Sri Lankan scheme aims at gifting a fish each day to the poor rather than teaching them to fish and give them the required equipment, when they are ready to do it on their own. This means the state should have aimed at the socio-economic uplift of the poor and marginalised sections, based on caste and region, not necessarily class.

In the early seventies, the ‘Standardisation Scheme’ actually help create a level-playing field of some kind, when it fixed higher cut-off marks for university admissions from urban Colombo and northern Jaffna, the centre of learning and cultural renaissance as far as the ‘Sri Lankan Tamil’ population is concerned. It was purportedly given up after the Jaffna Tamils protested by claiming that it was a veiled attempt to deny them near-automatic university admissions, as used to be the wont. The real reason was that even capital Colombo’s Sinhala elite students also suffered, alongside.

Neither side acknowledged that students from lesser-developed districts and less-exposed castes and communities from their midst could make the grade, under the new scheme. Coupled with the opening up of new universities, the Standardisation Scheme changed the face of university education and for corporate employability for those groups. It is one of the unacknowledged success stories of the past decades, but it also stopped there, without being taken forward and sideward, as should have been the case.

It is a bold new step that the government could consider as a part of its politico-economic reforms to trigger social reforms, rather social transformation, even if after a time. ‘Social re-engineering’ or ‘affirmative action’ in the name of the game, though in the contemporary context, it could trigger as much controversy as support. But something similar alone can help lift the political economy and family economy from the morass where they are caught.

Of course, it is all for the medium and long-terms. It cannot produce results over the short-term, but hope for the future can have a transformative effect on the society, especially that which has suffered over the past decades and feels neglected and cheated – as became evident with mass participation of the rural and urban poor in the Aragalaya protests. It had started only as an urban middle class endeavour involving political morals against political targets –- but the mass-involvement flowed from fears of shortages and price-rise, which also hit the rural poor and rich alike.

A system of ‘reservations’, based on castes, incomes or regions, or a combination of one or more of these factors, could be considered as a delayed process that should have been launched at Independence but was not. Definitely, given that the substantial majority of the majority Sinhala population belongs to upper caste Govigamas, there can be protests – but then, an income-link could help address the needs to the community’s poor and needy.

The same applies to the influential Vellala community among the Tamils, who do not constitute the majority, but there are other castes that would stand to benefit –- and over time, come up and stand up. Likewise, there are internal equations within the Muslim community that needs to be studied. In comparison, among the Upcountry Tamils, the social divisions are drawn clear and the community as a whole remains the nation’s underdogs.

Neighbouring India has a lot of experience and expertise in how to do it – and also how not to do it. The tendency is to see the ‘reserved’ communities as electoral constituencies for some. Other political parties adapt the non-reserved people as theirs and develop another constituency of their own.

Recently, aboriginal Vedda community’s leader Uruwarige Wanniyalaaththo went so far as to suggest that they would contest the local government elections in select districts on their own, as the mainline parties have ignored their needs and demands all along. That was a month after he had asked mainline parties to nominate a Vedda representative to Parliament, on their National List.

The charge of marginalisation of the Veddas, which translates as ‘hunters’ in Tamil, is not untrue. It and also speaks volumes about the majority/majoritarian insecurities that the other major communities have inflicted on those who had actually owned this land.

They number only 2,500, and are confined to very few localities. The economic crisis has hit them harder than any other –- but no one is talking about their sufferings because they do not have any political voice. Maybe, the Sri Lankan state and the mainline polity would wake up if and only if the Veddas move the Supreme Court, demanding reparation for the damage caused to their land and culture by other faiths, maybe including mainline Buddhism.

If nothing else, they can quote the Mahavansa for support, because for the Sinhala-Buddhist majroity, especially the substantial number of hardliners, it is history as it happened – and has to be relied upon, if it has to do with the Dutugamunu-Ellara duel and the like…

That is saying a lot, isn’t it?