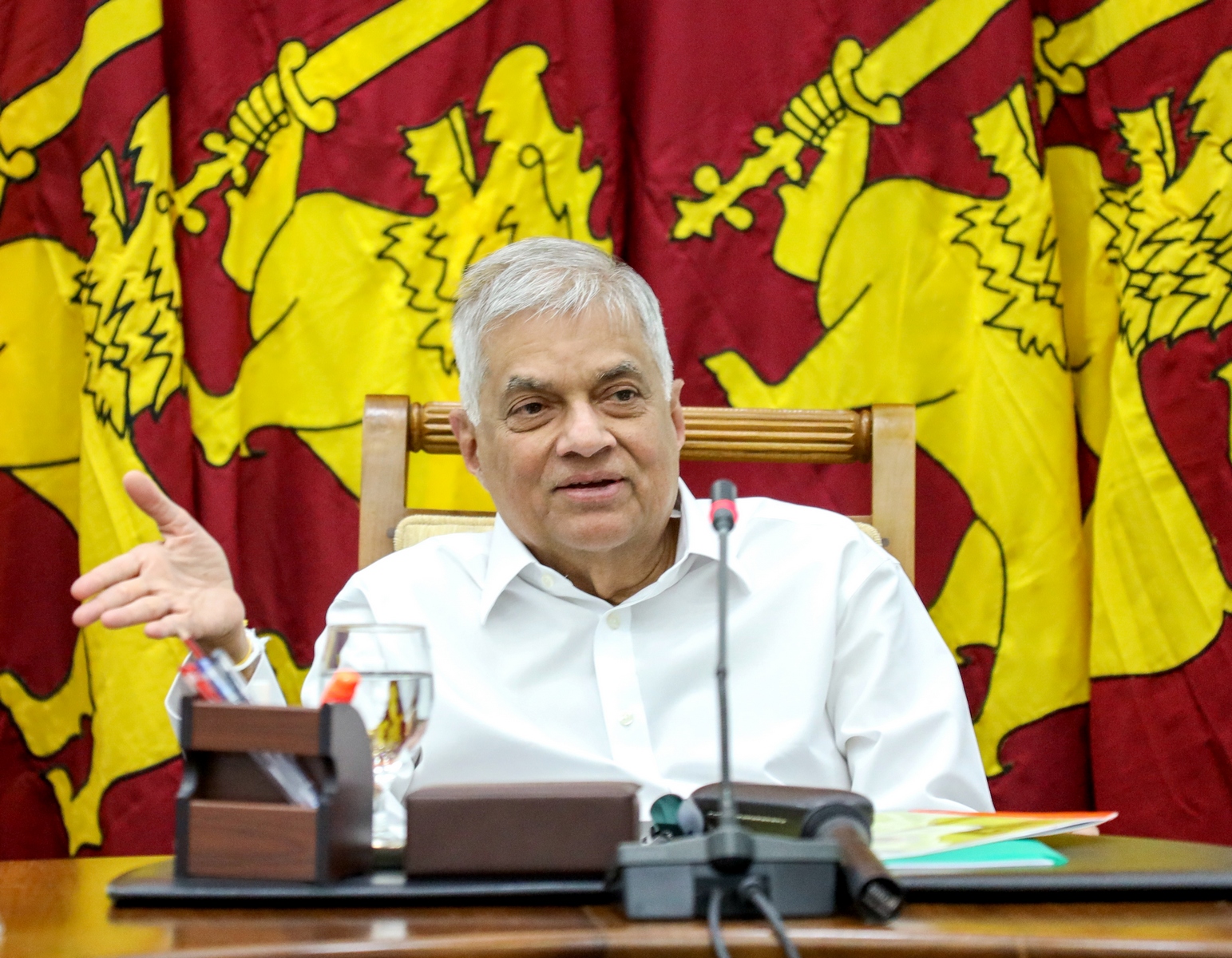 The country has become bankrupt owing to the failure to change the economic programme after the ethnic war and that he expected to increase the investment opportunities and move the economy forward by next year, he said.

In this context, Wickremesinghe emphasised the need for an institutional system that can revive the country’s economy and bring investment opportunities to the country. As a part thereof, steps would be taken to create an economic corporation by merging the Investment Promotion Division of the Sri Lanka Board of Investment and the Export Development Board, he said.

The President’s confidence should have been infectious, for a nation and people suffering the continuing onslaught of the economic crisis more than even the global pandemic. Yet, it is not. Most people are still gloomy and lack the confidence to say that the nation would turn around, and soon.

The reasons are not far to seek. The confidence that Wickremesinghe reposes in the economy is also about his confidence to be able to turn it around. He is his own Finance Minister, and as the nation’s CEO, he has every right and responsibility to talk about the economy, and also inject an element of positivity that could help matters, over the short and medium terms.

Implied in it is also the expectation that he will be the President through the coming year, and possibly much of the following one two. The unsaid indication is that he would not give up the presidency before it became due. Further, he is indicating that he would not dissolve Parliament either, which is not due anytime soon, as for converting his hopes and promises into actionable policies, he is going to require time.

By the same token, it is not unlikely that he would want the nation to divert its focus and energies into the nation-wide local government elections that are due in the first quarter of the New Year. Actually it makes sense unlike what the Opposition demands, as local government polls are no replacement for either presidential or parliamentary polls, which alone can lead to fresh or alternative policy initiatives.

Local government polls under the prevailing circumstances can only be a digression, distraction. A possible majority for the Opposition parties/alliance(s) could lead to more protests on the streets, this time not necessarily organised by the ‘faceless’ bread-winners across the country, who made Aragalaya, a massive success beyond all expectations.

In such a scenario, such protests would not be a one-long affair, but would be periodic in nature. Political parties in the Opposition would be organising them, so would be the multiple trade unions that are opposed to the ruling SLPP-UNP combine. But the demands would be similar to that of the Aragalaya: that the President and the Cabinet should go, Parliament dissolved and fresh elections to elect a new President, a new Parliament, hence a new government.

In the Tamil North, a victory for one or the other of the ethnic parties/alliance would be interpreted once again as a people’s directive for a federal solution or whatever the victorious parties and their leaders find attractive at the time, and whatever the Sri Lankan State and the Sinhala majority polity could not and would not concede.

There will be political instability, which is what the faceless authors of the Aragalaya protests, going beyond those faceless bread-winners, wanted. Some of them have spoken quiet openly about their demands, which also translate into their plans/plot.

The nation will have to decide if it wants it that way, or want to take that risk all over again, within such a short span. The nation and democracy need not be two-time lucky to avert a massive disaster, which it did owing to inherent democratic resilience.

Yes, policy-making is the government’s business, but in a situation like the prevailing one, it cannot be one-sided or unilateral. Which is what President Wickremesinghe’s initiatives are boiling down to. It is inevitable that the government has to bow to international pressures of the IMF kind, and also those exerted by pending borrowers, say, China, but it cannot be done in isolation, if it has to be continued through the future, even after closing all current debts – maybe in a decade’s time, if not less.

The nation needs to remember how Wickremesinghe’s UNP-initiated economic reforms has led the economy to the current situation just as the rival SLFP brand of socialism and nationalism did before it. The end result is the same. Worse is the phase that led to the current mess, as it ‘market socialism’ was at work, embraced by both the UNP and the SLFP.

Market capitalism up to a point but socialism of the excessive subsidies on the other hand has led to the current situation. Where a UNP government cut jobs, the rival SLFP doubled them. When the SLFP extended food, healthcare and such other subsidies, the UNP could not touch them, but added their own in the form of tax-cuts and the like, for the rich – saying that they were making the nation ‘investor-friendly’.

The nation is yet to see the kind of investment promised, whether from inside or outside. Yes, the nation does not have industrial resources or minerals to boast of, but if Japan could attract investments, post-Hiroshima-Nagasaki, and precisely for that reason, the same could not be said about South-East Asia, with which Sri Lankan once wanted to be identified with but did not.

Today, if the neighbouring India has passed the economic crisis of the early nineties, it owes to policy-changes, yes. But those policy-changes were undertaken after much deliberations involving the industry, political parties and trade unions. Yet, the economic reforms introduced by the ‘Narasimha Rao-Manmohan Singh’ duo preferred globalisation to liberalisation, and is still on with privatisation, which is not working as much as successive governments have thought of through the past 25 years and more.

It is here the Wickremesinghe government’s privatisation requires to be discussed in greater detail, as the centre-left JVP has sought. Surely, the trade unions are going to protest, and have revived the one they had launched over the government inviting Japan to develop Colombo Port’s ECT. The last time round, the unions protested when it was thought out as a tripartite arrangement, also involving India as the prime-partner.

There is also another lesson from the Indian experience. Despite the whole-sale celebration of economic reforms by the industry, even unions and the pink media, not to leave out foreign investors, the Indian voter was revolted. The Narasimha Rao-led Congress Government lost power. Manmohan Singh, the architect of the reforms process, then called for ‘reforms with a human face’.

Successive governments at the Centre and in the states have now gone back to unbridled social sector subsidies, which covers not only the nation’s poor but also the lower and middle-middle classes, if not those above them in the socio-economic ladder. But through a consensus process thus far – and the consensus, no one discusses any more as a concept or on the specifics – they have also ensured that the reforms work.

Maybe, there is more for the nation to learn from India, beyond 13-A, again adapt it to local conditions, including the fact that the nation has nothing to offer in terms of raw material but has a lot of hands to work, on the skilled, semi-skilled and unskilled sides. That way, part-privatisation could do better than wholesale disposal of public assets, which is going to create another national crisis, this one a ‘crisis of conscience’, triggered by sentiments  and sensitivity than sensibility!