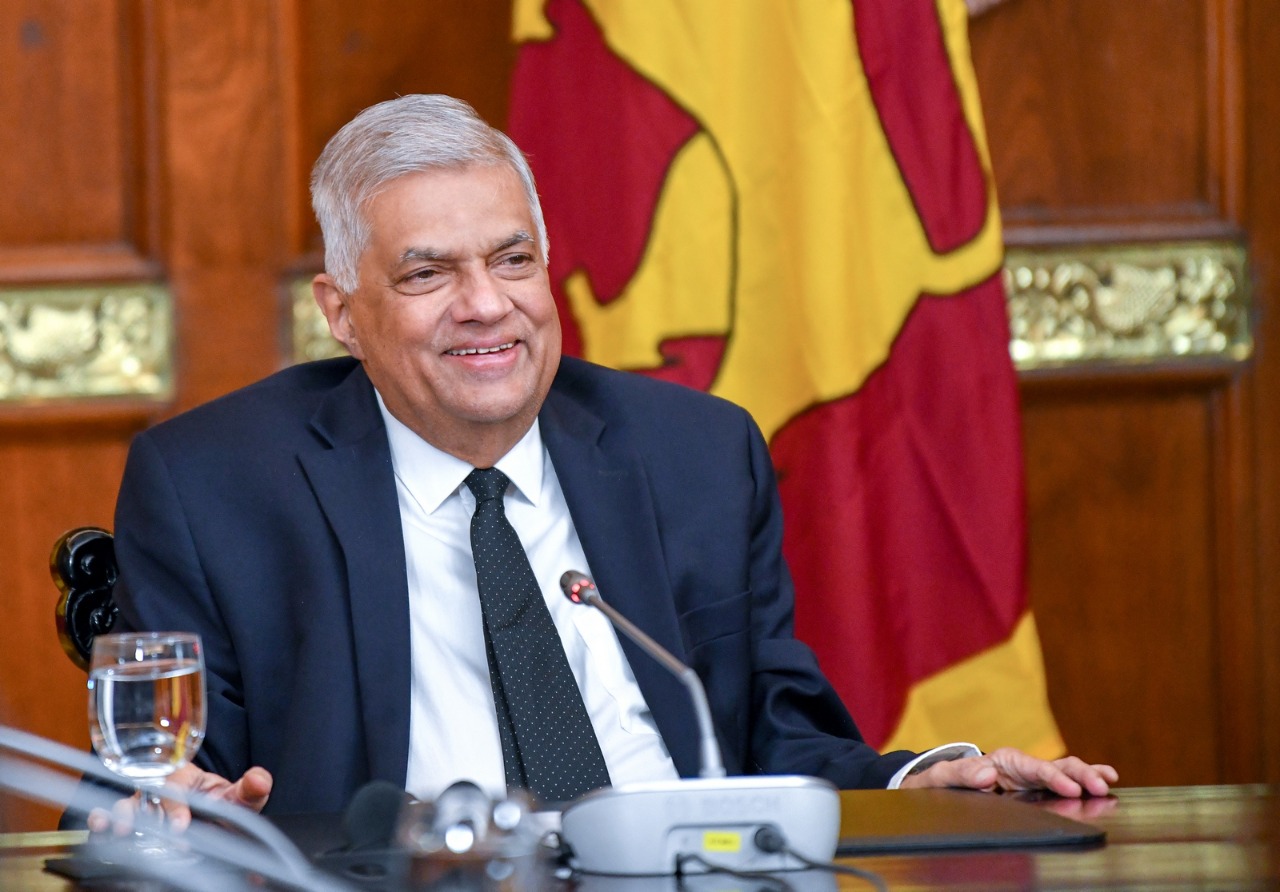 Addressing the graduation ceremony at the Defence Services Command and Staff College (DSCSC) recently, President Ranil Wickremesinghe, who is also the nation’s Supreme Commander, said that being economically strong was extremely important in the current strategic environment. In the same vein, he said that the reforms that he has initiated in these difficult times would make the nation economically strong by 2050.

In context, Wickremesinghe said that being a small country does not mean it is weak militarily. “However, you cannot be weak economically. So, this is why I have set about these new reforms which will make us economically strong by 2050,” he said, adding that regional cooperation is vital for stability in the Indian Ocean Region (IOR).

But the question is if the nation’s strategic security can wait until the economy improves – though there is substantial truth in what the President said, both quantitatively and qualitatively. Striking the right balance between economic and security strategies with multiple time-lines that are achievable is the trick, and that is where the political leadership has to focus its attention.

Speaking on the occasion, Defence Secretary, Gen Kamal Gunaratne said that the success or the failure on the battlefield depends upon the leader who is wise enough to understand the context and bold enough to pursue success. Gnaratne commanded the celebrated 53rd Division of the Sri Lanka Army (SLA) in the successful ‘Eelam War IV’ against the LTTE, and it is anybody’s guess if he was referring to war-time President Mahinda Rajapaksa, who stood by the armed forces through the military mission.

Underlining the necessity of a robust security mechanism, he reiterated the government’s decision to review the prevailing ‘National Defence Policy’ which was drafted a couple of years back. The revised ‘National Defence Policy and Strategy’ would give new impetus to strengthen the national security mechanism through an inclusive, futuristic and comprehensive manner, addressing wider security concerns affecting Sri Lanka. It will provide a clear and concise framework for the national security apparatus to take pro-active actions to mitigate threats and ensure a safer, secure and thriving country, he added.

Gen Gunaratne’s outline seems to be for any larger nation that is constantly under external threats – and not for a small, island-nation like Sri Lanka. Sri Lanka has a vast marine boundary. Rather, it has only a marine boundary. It has a larger EEZ, which in the normal course needs protection. Have successive governments evaluated the economic worth of the EEZ, whether marine lives like fish (prawns, tuna, etc) or minerals stored in the sea-beds for millions of years.

Maybe, in a bid to overcome the current economic crisis the present government can consider exploratory measures. Unfortunately, an earlier attempt to map hydro-carbon reserves in the Gulf of Mannar became a controversy when current President Ranil Wickremesinghe was Prime Minister under CBK, and his dispensation signed up with Norway, which was also the peace facilitator viz LTTE, almost at the turn of the century/millennium.

Yet, that does not address Gunaratne’s vision and mission (if any). For Sri Lanka, security threats come from within. After the JVP insurgencies and LTTE terrorism-cum-war, there is not apprehension within the State apparatus that  a section of the ‘Aragalaya’ protestors may need serious watching – and follow-up action, where needed. But it should stop there.

There is nothing for the nation to fear from outside. India is the immediate neighbour, but it never ever was/is an immediate threat. Unless the Sri Lankan State sees India as a security threat of whatever kind, then the question arises, if that was also the reason why successive governments in the post-war era have housed New Delhi’s Chinese adversary in Hambantota. Again, it is not.

Already, Gunaratne heads the ‘Colombo Security Conclave’ (CSC), a formal, official grouping of Sri Lanka, Maldives, Mauritius and India. Seychelles and Bangladesh are now ‘observers’ and may sign in as full members anytime soon. Yes, at present, the CSC intends addressing only non-traditional security issues, whose domain is expanding, to include cyber-security cooperation and the like, apart from maritime cooperation, addressing not only ecological and environmental concerns, but also drugs-smuggling and possible gun-running, apart from other regional international offences.

Maybe, at the appropriate time, the grouping should address the question of expanding the charter and character to include traditional security concerns in the shared seas. There is an unmentioned acknowledged position among smaller member-nations that they cannot manage their external security, if threatened, jointly or severally. They also seem clear that they would not want extra-regional powers to play their competitive geo-strategic games in the shared IOR neighbourhood.

It is in this context that India’s offer of being the ‘net-provider’ of security in and to IOR assumes relevance.  Maybe, rather than wanting to divert scarce financial and forex resources on military hardware beyond what the nation may actually have need to deploy, Colombo could consider evolving a regional security mechanism with enforceable and verifiable elements, aimed at eliminating mutual suspicions and fears. It is not going to be easy.

If nothing else, an alternating section of the domestic polity in Sri Lanka and Maldives, to begin with and lying closest to India from an IOR perspective, have often flagged issues of sovereignty and territorial integrity. One simple, yet simplistic way when it comes to implementation, is for the IOR security grouping to keep off all ‘outsiders’ from meddling in the Indian Ocean waters – be it the US or China, France or Germany.

By extension, can these nations also work towards an IOR Economic Forum, outside of SAARC that is now redundant and BIMSTEC, which has not actually taken off as much as it was thought to be? Taken to its logical conclusion, with maybe, more IOR members (and confined to these parts), if taken seriously, can also help address some, if not all of the nation’s economic woes – with each and everyone of them having their own baggage in the conveyor belt…