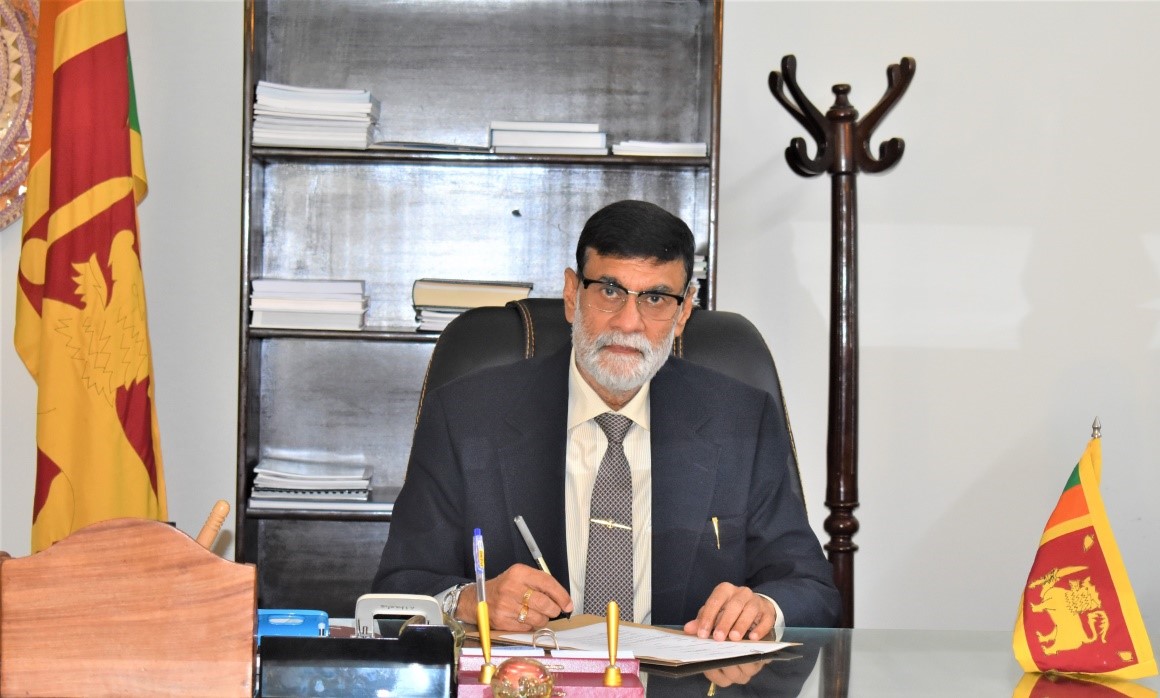 “Sri Lanka’s trade can be developed by connecting Gwadar Port with Colombo Port, which is one of the biggest ports in South Asia, wherein two more terminals, Eastern and Western terminals are being developed despite the economic meltdown suffered by the country,” the high commissioner added speaking at a meeting during a visit to Karachi Chamber of Commerce and Industry (KCCI).

Expressing optimism about Sri Lanka’s recovery from the economic meltdown, he said the governments from time to time kept piling up debts that led to bringing the country to level where it was unable to pay its loans in 2021.

The then government had to take a decision whether to pay the loans and keep the people starved or feed the people and avoid paying loans so the decision was taken to default on loans, according to Wijewickrama.

“The government is quite confident that Sri Lanka will come out of economic crises as political stability has been achieved and negotiations are also underway with the IMF for an extended economic facility with restructured loans while reforms will also be introduced in the loss-making enterprises.”

He added that Covid-19 pandemic had created huge problems for Sri Lanka as all its hotels and small and medium enterprises got closed down during the pandemic period.

“Now, we are in the right direction and we have to make necessary corrections before we take off and are able to do business with our friends.”

Commenting on Sri Lanka-Pakistan Free Trade Agreement (FTA) signed in 2005, he stated that trade volumes doubled after signing of the FTA and the trend continued for a period of 10 years but became stagnated later.

“Under the FTA, trade should have reached at least $2 billion, but unfortunately it did not happen as we both are exporting to other countries and importing from other countries instead of each other,” he opined.

He stressed that South Asian Association for Regional Cooperation (SAARC) members must explore ways and means to improve trade within the SAARC region, which was stronger than Association of Southeast Asian Nations (ASEAN) in terms of GDP and population. “We will not need to look at anywhere else, if we take steps to promote trade amongst SAARC countries.”

The high commissioner hailed efforts of Sri Lankan Consul General in Karachi Jagath Abeywarna, saying, “a lot of activities have started taking place in Karachi thanks to all the sincere the efforts made by Jagath Abeywarna, which encourages us in Islamabad that although it is late but it won’t make a difference as we can kick off from now onwards to see trade between the two countries going up.”

“There are a lot of opportunities available so all of us must look at them positively,” he added.

Earlier, KCCI president Tariq Yousuf stated that despite signing of the FTA in 2005, trade volume between Pakistan and Sri Lanka stood at $457 million, which was “very nominal and needs special attention from both sides.”

He stressed that both the countries must look into the possibility of removing trade barriers for greater ease in comparison to other countries.

Yousuf was of the opinion that a two-way currency swap arrangement should be pursued in which both the countries could swap their local currencies in exchange for dollar. “This would further strengthen their financial cooperation and deepen their economic relationship.”

Highlighting the impact of CPEC on regional economies, Yousuf advised Sri Lanka to become part of the project, saying it would help the crisis-hit country in further cementing the existing ties through improved regional connectivity and also prove favorable in achieving economic growth and development.

“The strategic troika comprising Pakistan-Sri Lanka and China can offset the growing concerns of regional states and overcome the emerging geo-economic challenges.”

To further improve bilateral economic relationships and deepen the connectivity, both countries should ensure effective implementation of the FTA, promote people-to-people and business-to-business interactions, host regular cultural and educational exchanges, and develop foreign investment-friendly conditions and policies, he stated. (The News)