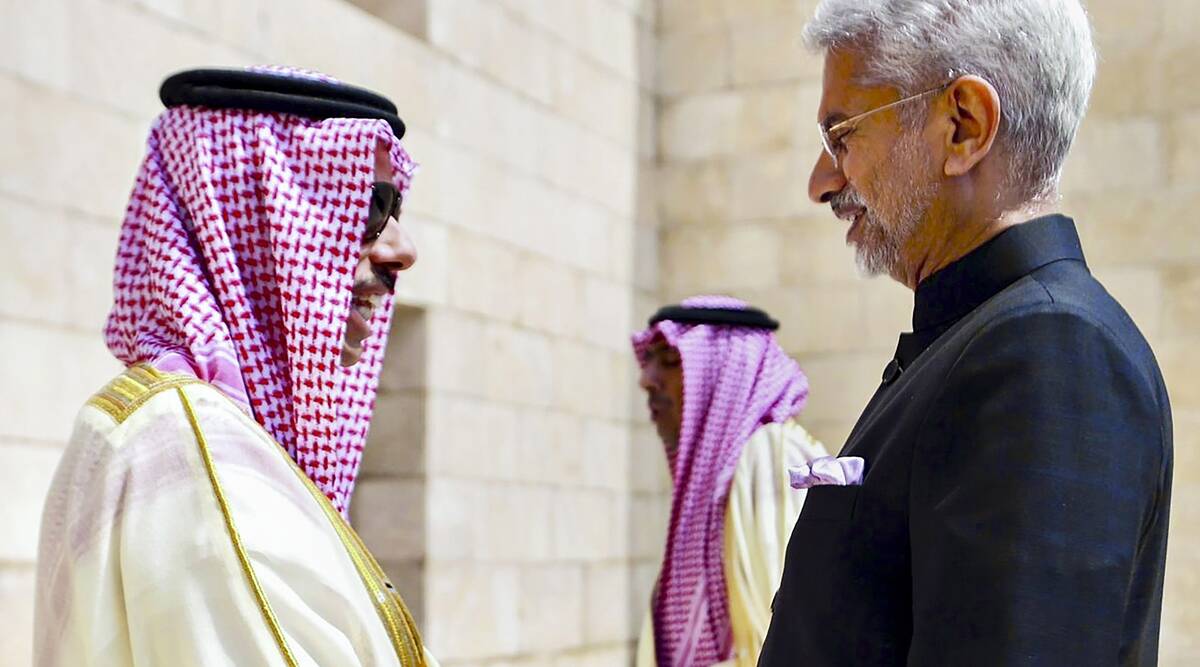 Jaishankar, who reached Riyadh on Saturday, is on a three-day visit to Saudi Arabia – his first as External Affairs Minister.

He addressed diplomats at the Prince Saud Al Faisal Institute of Diplomatic Studies in Riyadh on Sunday, where he “underlined the importance of India-Saudi strategic relationship at a time when the world is at crossroads”

“Our collaboration holds promise of shared growth, prosperity, stability, security and development,” he said in a tweet.

At an interaction with the Indian community on Saturday, Jaishankar hailed the ties between the two countries, and said Saudi Arabia was “very helpful” during the Covid-19 pandemic.

“We saw our international friendships also deliver at that point of time… Saudi Arabia was very helpful and provided supplies of oxygen. Two years of Covid are when the country was tested but we came through,” he said.

Talking about the current geopolitical situation, he said the world is facing many challenges, like rising food, oil and shipping prices due to the Ukraine crisis. “But we are still very confident that India will be the fastest growing major economy in the world this year. We will get at least 7 per cent growth,” he said.

He said India’s economic recovery after Covid was worth studying. Stating that many countries spent a lot of money during the Covid period, he said, “I would say, like a knee-jerk…they were in a hurry to respond to the crisis situation. So they did not… necessarily use their funds and resources wisely.”

During his visit, Jaishankar co-chaired with his Saudi Arabian counterpart, Prince Faisal bin Farhan Al Saud, the first ministerial meeting of the Committee on Political, Security, Social and Cultural Cooperation (PSSC), established under the framework of the India-Saudi Arabia Strategic Partnership Council.

“Discussed current global political and economic concerns. Agreed to work closely together in G20 and multilateral organisations,” he said.

The 2.2-million-strong Indian community is the largest expatriate community in Saudi Arabia, according to the Indian embassy.

In Riyadh, Jaishankar also met with the Gulf Cooperation Council (GCC) Secretary-General Nayef Falah Mubarak Al-Hajraf – the two leaders signed an MoU on the mechanism of consultations between India and the six-nation regional bloc.

“Exchanged views on the current regional and global situation and the relevance of India-GCC cooperation in that context,” Jaishankar tweeted after the meeting.

India’s ties with the GCC suffered a setback in June this year following the remarks on the Prophet by now-suspended BJP spokesperson Nupur Sharma. (The Indian Express)