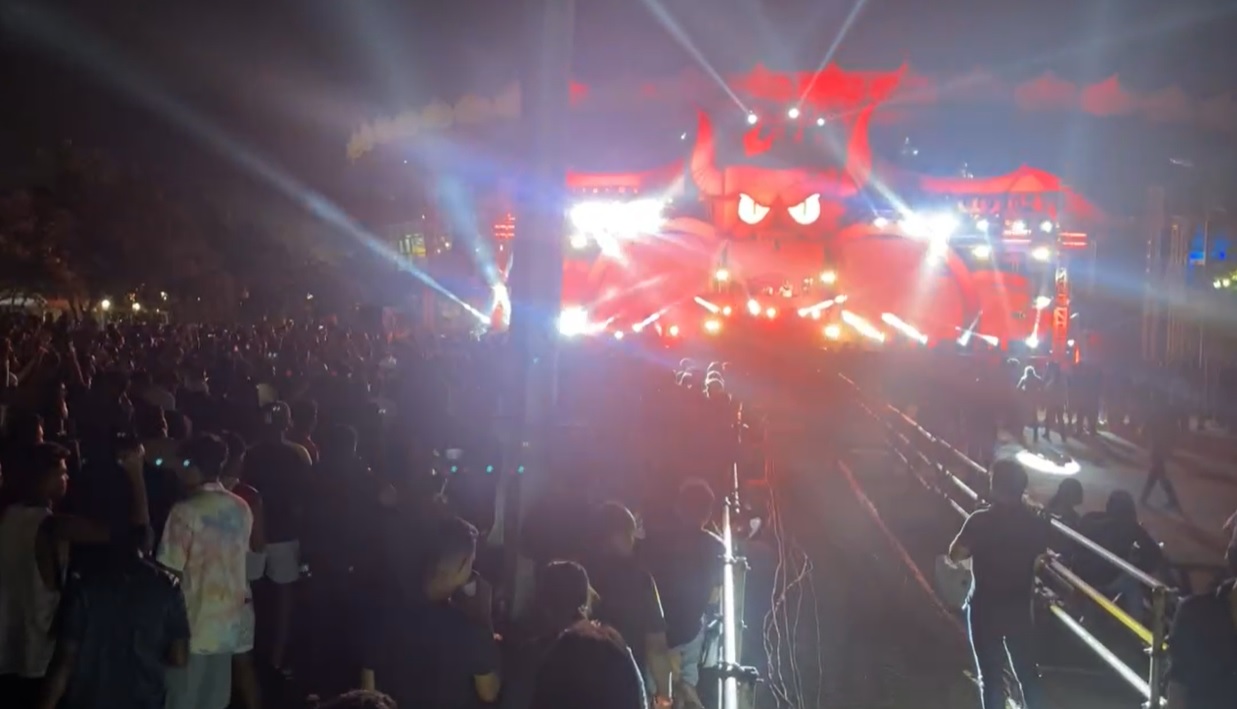 The organisers of the “Hellfire” musical show today thanked State Minister Diana Gamaga saying she helped them at a time they had to confront a top official in Colombo.

Thorz, the main organiser of the “Hellfire” musical show said that Gamaga assured them she will help take the event to the next level.

Speaking to the crowd at the musical show this evening, Thorz said that the event also had the support of the Police and the military.

Colombo Mayor Rosy Senanayake had objected to the name “Hellfire” being used for the music festival which was held near the Lotus Tower today.

The Colombo Municipal Council (CMC) had given approval for the concert but had instructed the organisers not to display the name “Hellfire”.

Thorz made public a telephone conversation he had with the Mayor where she is heard urging the organisers to change the name of the event.

Senanayake told the organisers that she is not prepared to allow a concert with such a name to be approved.

“I would not like to see a hellfire concert in my city,” she is heard saying.

She said that there was stiff opposition to the concert because of the name. (Colombo Gazette)