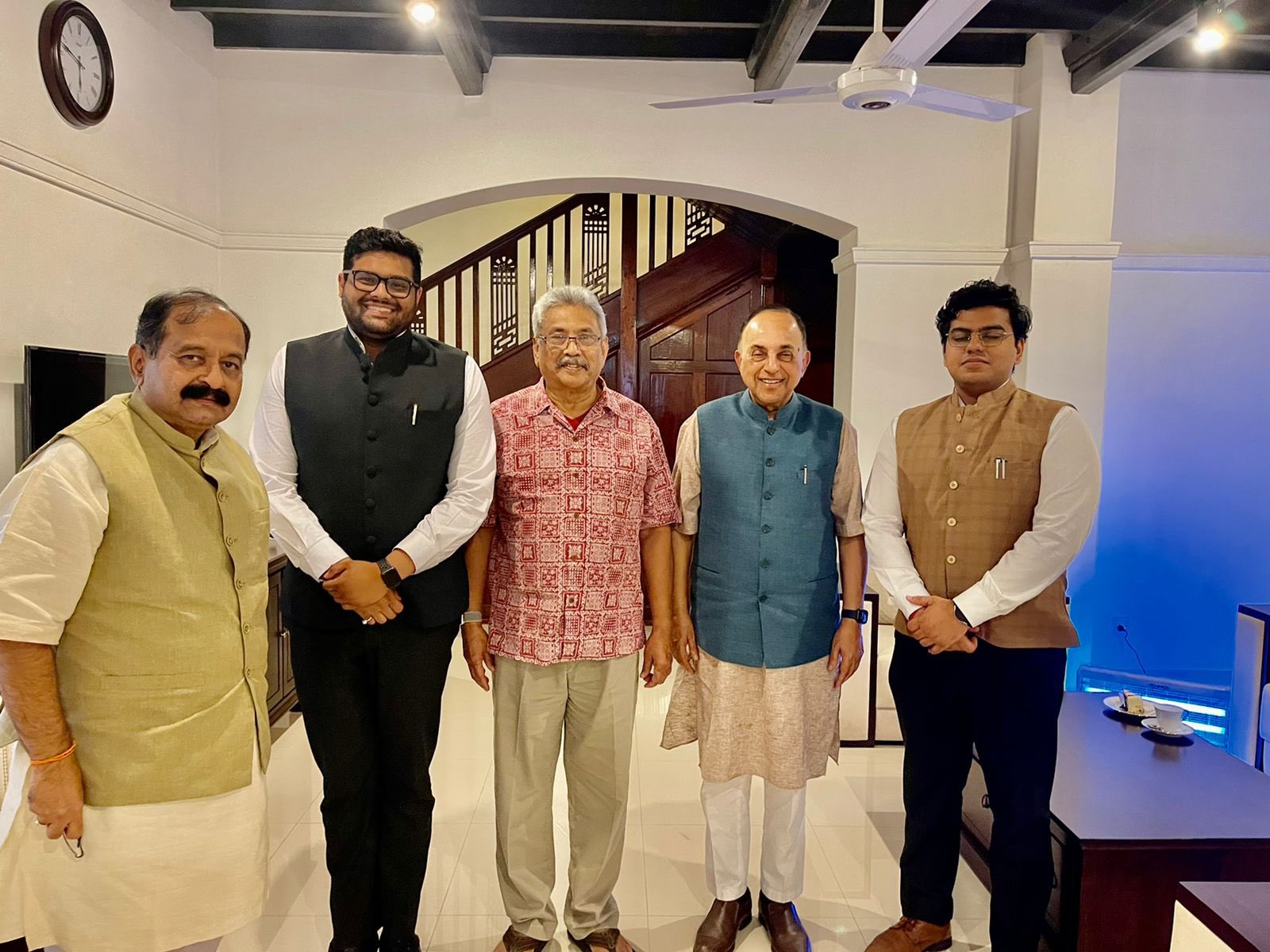 Swamy, who is in Sri Lanka, had met Rajapaksa together with members of his delegation.

The Indian politician, a member of the ruling BJP party, is known to be a close friend of the Rajapaksa family.