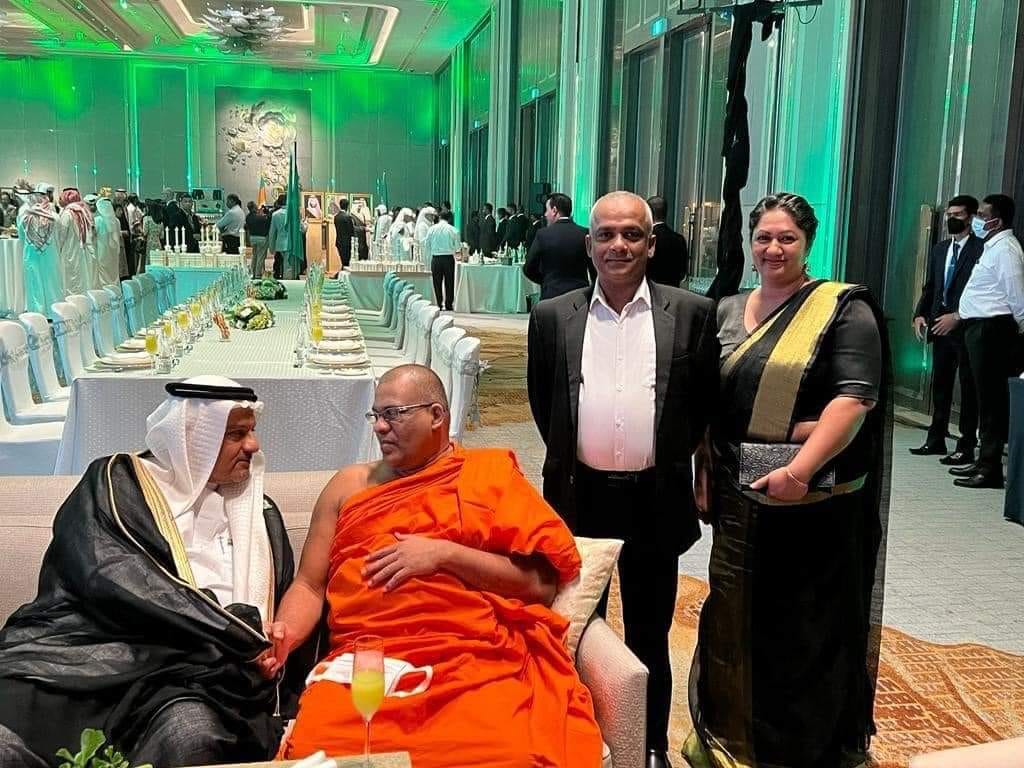 A one-time critic of the Muslim community, the Venerable Galagodathe Gnanasara thero, was seen at the Saudi National Day event in Colombo last night.

The General Secretary of the Bodu Bala Sena (BBS), was seen seated with Muslim diplomats and having discussions with them and others at the event.

BBS official Dilanthe Withanage was also among those who attended the event held at the Shangri-la Hotel in Colombo last night (Friday).

The BBS said that the the Venerable Gnanasara thero was invited to attend the event as a special guest.

Gnanasara thero has in the past made comments which had hurt the Muslim community.

He had been accused of instigating attacks on the Muslim community in Sri Lanka. (Colombo Gazette)