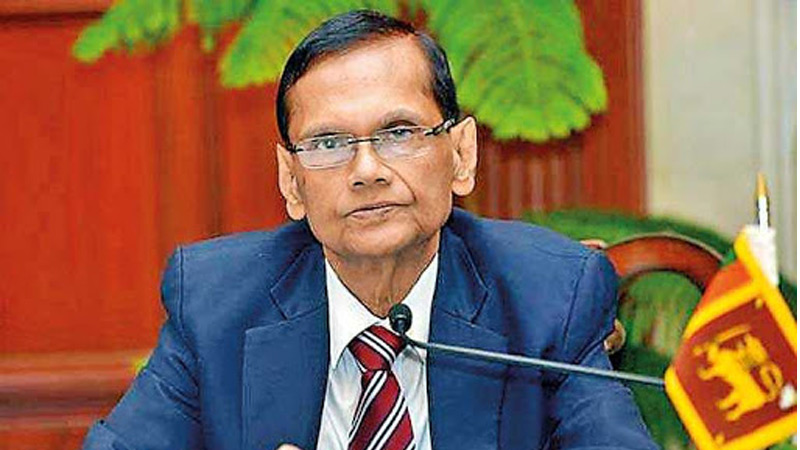 Rebel Sri Lanka Podujana Peramuna (SLPP) MPs today complained to the Commonwealth Parliamentary Association (CPA) and other international organisations claiming that their rights in Parliament have been suppressed.

SLPP MP, Professor G.L Peiris said that 13 MPs have not been assured the right to speak in Parliament.

As a result, he said that a complaint has been filed with the CPA and other international organisations.

In a letter to CPA Secretary General Stephen Twigg, the 13 MPs said that they have been deprived of any opportunity at all to speak in the Chamber of Parliament and to take part in the deliberations of Committees, as they have done in the past.

“Since we are now completely silenced in Parliament by a dictatorial fiat which infringes basic democratic norms, we are left with no option but to try to articulate our point of view on vital matters of contemporary national policy in the gardens of Parliament. This is, clearly, a violation of the privileges of Members of Parliament, protected by law, as well as a denial of the public’s right to make an impact on the proceedings of Parliament through the interventions of their elected representatives,” the letter said.

The letter also noted that in fairness, the President, the Prime Minister, and the Speaker, in response to repeated representations made by the 13 MPs, have candidly conceded the manifest unfairness of the situation.

However, all attempts to offer redress have failed up to now and they attribute this tragic state of affairs to insidious extra-Parliamentary influences operating in direct contravention of the letter and spirit of the country’s Constitution.

In these circumstances, the SLPP rebels MPs appealed to the CPA to use its good offices and to do everything in its power to intervene appropriately, with a view to preserving the core democratic rights of the people and of their elected Parliamentary representatives. (Colombo Gazette)