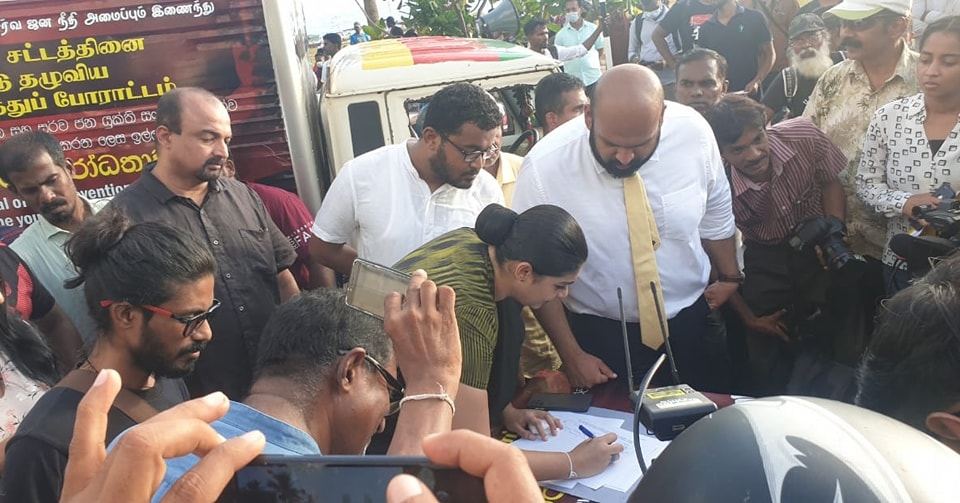 A petition to repeal the Prevention of Terrorism Act (PTA) was signed in Galle Face today.

A tense situation also arose when the Police arrived at Galle Face and spoke to the TNA MPs.

The MPs assured the Police that there will not be any violence and that the signature campaign will be peaceful.

A few individuals began to hurl abuse at the Police by MP Sumanthiran intervened and demanded that the individuals remain silent. (Colombo Gazette)