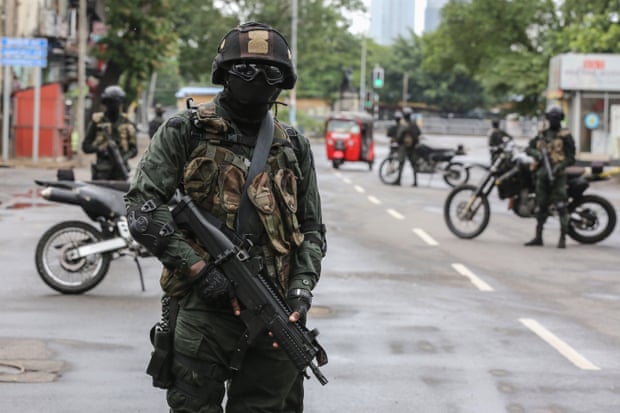 The military has been deployed again to maintain law and order, through a gazette notice issued by President Ranil Wickremesinghe.

The gazette notice issued by the President calls out with effect from today (September 22, 2022) all the members of the Armed Forces for the maintenance of public order in the country.

The security forces had been deployed every month over the past several months to maintain law and order in the entire country.

Human rights lawyer Ambika Satkunanathan tweeted saying that the President has once again used Section 12 of the Public Security Ordinance to call out the armed forces to maintain public order.

She said the President has to only issue a gazette every month to declare the de-facto state of emergency.  (Colombo Gazette)