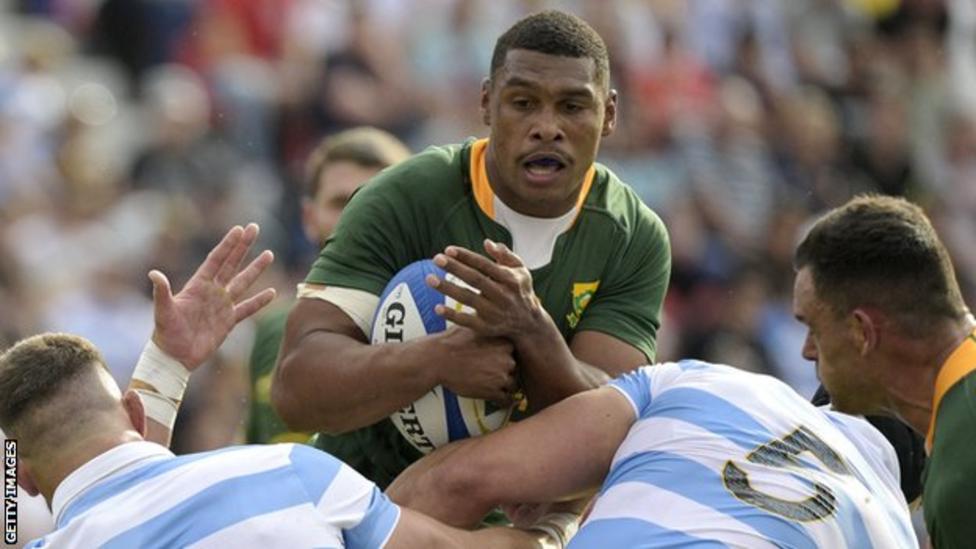 South Africa swept to the top of the Rugby Championship with a bonus point win over Argentina in Buenos Aires.

The Springboks are above New Zealand on head-to-head record with one round of matches left.

They face Argentina in Durban on Saturday in their final game after New Zealand host Australia in Auckland.

South Africa controlled the first half and led 22-6 at the break before Argentina came back in the final 15 minutes, closing the gap to two points (22-20).

But the visitors held their nerve to secure the win.

“To come here is very hard. Argentines are very passionate people and they take pride in their rugby. For us to get a bonus point was special,” said Springboks captain Siya Kolisi.

“Argentina played really well, it was a great battle. It has been tough for us and we had to pull together as a group.”

Argentina skipper Julian Montoya admitted his side paid the price for an inconsistent performance.

“The first half we weren’t where we wanted to be in terms of defence and discipline,” he said.

“In the second half our attitude was much better and we kept going. But it wasn’t enough.

“We have to learn from this, you have to play for 80 minutes if you want to win against the world champions.” (Courtesy BBC)