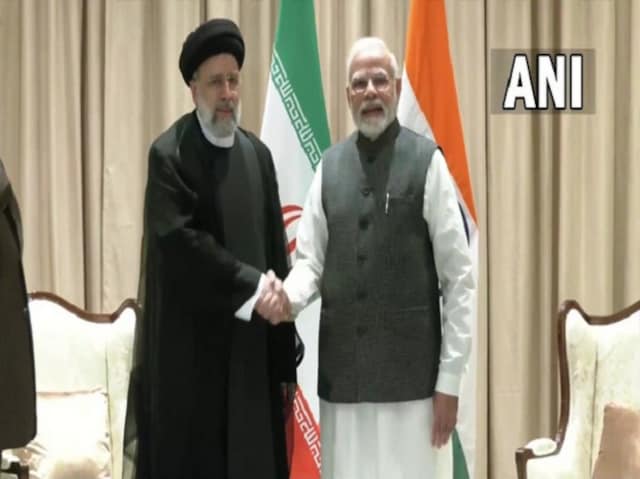 Terming the relations between India and Iran as “friendly and cordial”, Iranian President Ebrahim Raisi said the Chabahar-Central Asia transit route can help both nations strengthen the grounds for cooperation.

“Using the existing capacities in the oil and gas industry, transportation and especially the Chabahar-Central Asia transit route, as well as cooperation in regional and international issues that the two countries are concerned about and have common positions can provide a suitable ground for improving the level of relations and expanding grounds for cooperation between the two countries,” read a press release by the Iranian Ministry.

Raisi had a meeting with Prime Minister Narendra Modi where he described the development of the interactions with the country as one of the priorities of Iran’s foreign policy.

“Indian independent figures, like Mr Gandhi, who have stood against arrogance are always respected by the Iranian nation,” he said, referring to historical, cultural and civilisational common grounds between the two countries.

Referring to Iran’s progress in various scientific and industrial fields, Raisi emphasised, “Cruel sanctions could not interrupt the progress of the Iranian nation”. In the sideline meeting, PM Modi pointed out the key role and importance of Chabahar Port in the transportation of goods in the region. “The development of this port will contribute to the economic development of the countries in the region,” he said.

The Prime Minister of India also mentioned the common positions of the two countries regarding the developments in Afghanistan and called for the continuation of Tehran-Delhi international and regional cooperation in this field. (ANI)