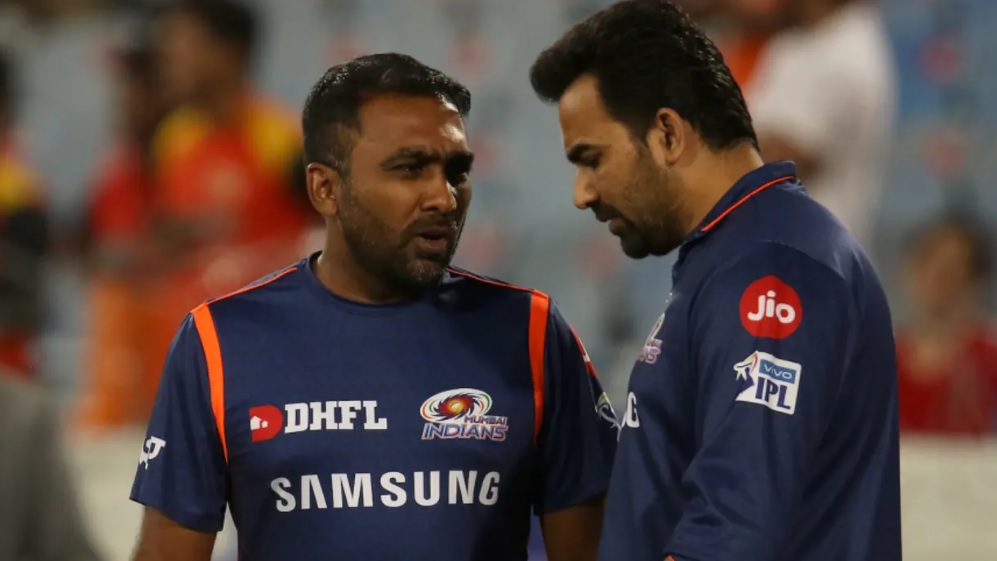 Mahela Jayawardene has taken up a broader role at Mumbai Indians, as the franchise’s global head of performance.

In his new position, Jayawardene will oversee the coaching and scouting at all the three teams the franchise owners now have – Mumbai Indians in the IPL, MI Emirates in the ILT20, and MI Cape Town in the SA20. Zaheer Khan, earlier the director of cricket operations, is now the global head of cricket development for the three teams.

In a statement, the group said that the team management recognised the need for a central team at the helm of affairs because of the company’s expansion to “ensure consistency […] on ethos, values, and learning, that have made MI one of the most loved cricket brands across the globe”.

ESPNcricinfo has learnt that the franchise will shortly unveil the new head coach for the IPL team, a job Jayawardene has performed since the 2017 edition of the IPL, overseeing three title wins.

Elaborating on the roles and responsibilities of the two men who will be right at the top of the backroom staff, the statement said that Jayawardene would be involved with “overall strategic planning, the creation of an integrated global high-performance eco-system, as well as responsibility for each team’s coaching and support structures, working closely with the team head coaches to ensure synergies, a consistent brand of cricket, and implementation of best practices set by MI.”

Jayawardene has already started work in his new role, and was part of the discussions that ended with Mark Boucher coming on board as head coach role for MI Cape Town. Jayawardene was also involved in the process to identify the five direct acquisitions for the SA20 team in August. He will also sit with Boucher at the SA20 player auction, scheduled for September 19 in Cape Town.

Calling the elevation “an absolute honour”, Jayawardene said he looked forward “to this new responsibility to build a strong cohesive global brand of cricket”.

As for Zaheer, he would be “responsible for player development, building on MI’s robust programme around talent identification and grooming and adopting the same across geographies, which has been core to MI’s philosophy and success”.

“MI has been home for me as a player and as a coaching team member, and now as we embark on a new journey, I look ahead to working closely with all the stakeholders in the global network to unearth new potential that can join the family,” Zaheer said.

The streamlining of the top roles in the coaching staff came after the Mumbai Indians owners bought the two new teams. (Courtesy ESPN Cricinfo)