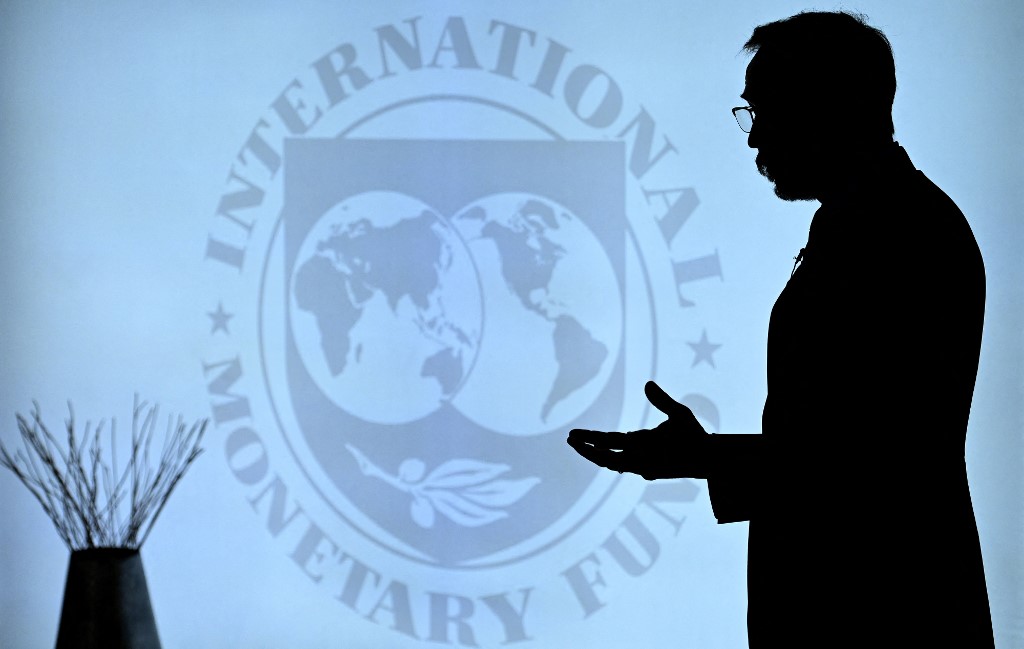 The International Monetary Fund (IMF) condition of pressuring creditors to restructure their loans awarded to Sri Lanka has not yet taken effect, with China remaining silent on the issue, and the IMF bailout discussions still remains at the staff level of agreement.

There is also a stalemate over the IMF bailout, with the opposition requesting that the IMF representatives set out the criteria they have proposed.

Sri Lanka has agreed to a USD 2.9 billion deal with IMF officials, but cash will not flow to Colombo until significant progress is made on debt restructuring with China, Japan and India mainly.

The IMF staff and the Sri Lankan authorities have reached a staff-level agreement to support Sri Lanka’s economic policies with a 48-month arrangement under the Extended Fund Facility (EFF) of about USD 2.9 bn.

One of the conditions was also to reducing corruption vulnerabilities through improving fiscal transparency and public financial management, introducing a stronger anti-corruption legal framework, and conducting an in-depth governance diagnostic, supported by IMF technical assistance.

At a recent press conference with IMF officials in Colombo on September 1, the question of what would happen if China refused to commit to debt restructuring was raised, to which the IMF mission head replied, “If one or more creditors are unwilling to provide these assurances, that would obviously aggravate the problem here in Sri Lanka and undermine repayment capacity.”

China has not yet agreed to restructure Sri Lanka’s debt payment. Beijing said as a traditional friendly neighbour of Sri Lanka and a major shareholder of the International Monetary Fund, China has been always encouraging the IMF and other international financial institutions to continue to play a positive role in supporting Sri Lanka’s response to current difficulties and efforts to ease debt burden and realize sustainable development.  As to the bilateral financial cooperation, shortly after the Sri Lankan government announced to suspend international debt payments in April 2022, Chinese financial institutions reached out to the Sri Lankan side and expressed their readiness to find a proper way to handle the matured debts related to China and help Sri Lanka to overcome the current difficulties. “We hope Sri Lanka will work actively with China in a similar spirit and work out a feasible solution expeditiously.”

Sri Lankan Foreign Minister Ali Sabry is optimistic that China will agree to restructure its loan repayment, as have Japan and India. In addition, President Ranil Wickremesinghe is planning a visit to Japan on September 25, 2022, in order to suggest that Japan summon the creditors to assist Sri Lanka in obtaining an IMF bailout.

Since Sri Lanka gained independence in 1948, there has never been a crisis of this magnitude; it was brought on by years of poor financial management by succeeding Sri Lankan governments and the Gotabaya Rajapaksa regime’s choice to forego addressing the IMF to prevent the country from amassing debts.

The current situation has driven people from their homes to work overseas, flee illegally on boats to neighbouring India and Australia besides serious unrest that led to detention of youths under the harsh Prevention of Terrorism Act.

People took to the streets to voice their dissatisfaction when the financial crisis had a negative influence on food security, the availability of gasoline, and the price of cooking gas.

The government of Gotabaya was warned for rejecting the International Monetary Fund (IMF) bailout to relieve the people from mounting debts that government had to repay. The former Central Bank governor Ajith Nivard Cabraal without taking independent decision basically did politics to avoid IMF bailout and sought countries like China to support Sri Lanka. China has been close associates of the Rajapakasa regime and accused of corrupt dealings with them. The government by then had defaulted foreign debt payment to several countries too and the country sank.

The country owes more than USD 51bn to foreign lenders, including  USD 6.5bn to China. The G7 group of countries – Canada, France, Germany, Italy, Japan, UK and the US – had said it supports Sri Lanka’s attempts to reduce its debt repayments.

Despite China is convinced that Sri Lanka needs the IMF bailout, China is concerned about caving in to US pressure since the US is a geopolitical adversary. The IMF bailout to Sri Lanka in fact could be a roadblock to China’s ability to finance Sri Lanka and secure additional infrastructure projects for its strategic Belt and Road Initiative (BRI). One of the IMF’s requirements is that the crisis-hit Sri Lanka should refrain from pursuing any further loan-facilitated projects. The IMF has also determined that some of Sri Lanka’s major Chinese projects have been ineffective and that Sri Lanka cannot proceed with similar endeavors in the future. Also the US is using subtly the IMF facilities to control China’s maritime power struggle.

Sri Lanka is one of China’s BRI’s choke points. China is at a crossroads now. It must either restructure its debt or antagonize Sri Lanka and become a laughingstock in the South Asian region. There is a speculation that China would suggest it will refinance the debt including the interest.

The impasse will persist until China relents. Sri Lanka will know whether or not debt restructure by Sri Lanka’s creditors is successful after the donor conference in Japan that is scheduled to take place.  If the IMF bailout does not materialize, there is also the possibility that Sri Lanka may turn to China for help.

However, Sri Lanka has undoubtedly leveraged its strategic location to maintain the confrontation between China and the West in order to defuse its desire to gain from these major powers.