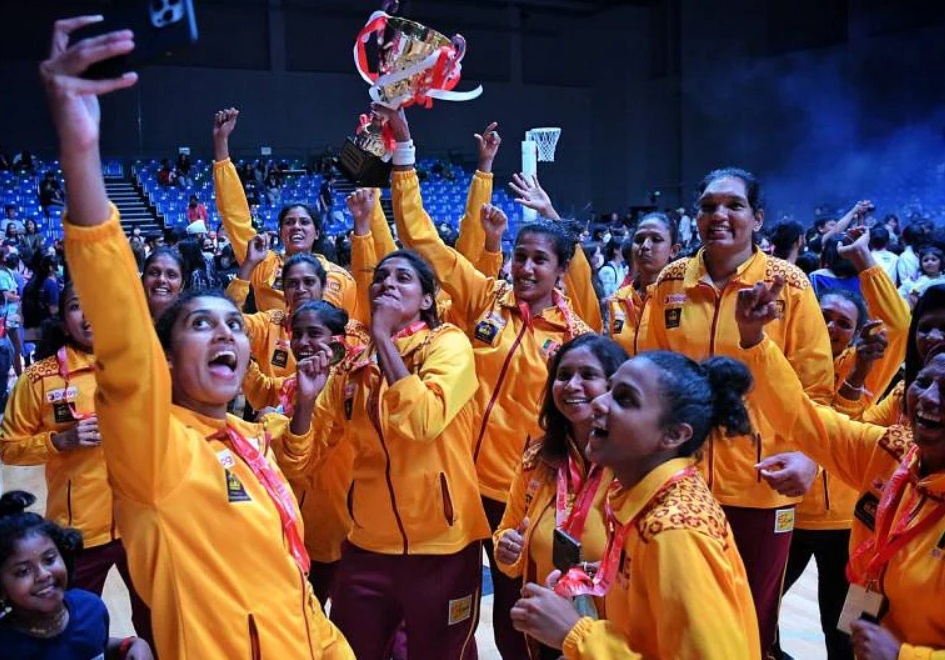 Sri Lanka was today crowned the Asian Netball Champions after beating Singapore in the finals.

In a rematch of the 2018 final, three-time winners Singapore looked set to end their eight-year trophy drought as they came out firing from the start, making several key interceptions and capitalising on errors from a nervy Sri Lankan side to power to a 19-13 lead in the first quarter.

With the 2,500-strong sold-out crowd threatening to bring the roof down, defending champions Sri Lanka rallied in the next period to outscore Singapore 14-11 but the hosts held on for the 30-27 win at the half-time whistle.

The third quarter was the turning point as the visitors tightened their defence, forcing errors from Singapore and limiting their attackers to just eight goals. With Sri Lanka’s 2.06m veteran Tharjini Sivalingam lighting up in the circle with a game-high 19 goals, they levelled matters before stealing the lead and the 46-38 win.

In a tense final quarter, both teams brought their A game with Sri Lanka’s shooters putting in scoring 17 goals to Singapore’s 15. But the gap proved far too big for Singapore as Sri Lanka prevailed 63-53 to win their sixth Asian Championship trophy.