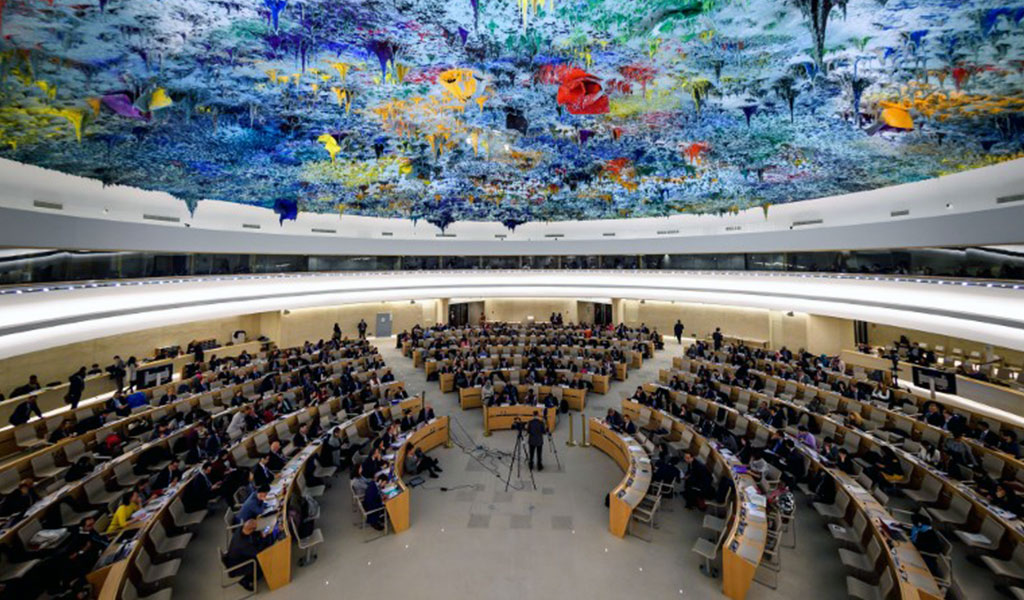 While leaving for Geneva to head the government delegation at the UNHRC session beginning this week, Foreign Minister Ali Sabry has reiterated the Sri Lankan State position that it would not accept an ‘international probe’ into war-crimes, as dictated in earlier resolutions of the UN human rights body. The government has also decided, one more time, under a new President, in incumbent Ranil Wickemesinghe, not to allow a probe team in the country, which is a take-off from the earlier theme but to include also post-war allegations of human rights violations, which are dime a dozen.

To this, the Office of the High Commissioner for Human Rights (OHCHR) has added PTA arrests of some Aragalaya protestors and also ‘economic crimes’, possibly implying action against previous President Gotabaya Rajapaksa and clan. The Tamils, who for the past few sessions have been demanding action against the war-time government leaders from the Rajapaksa clan to be taken to the International Criminal Court (ICC), have no clue about the fate of their original demands – and they do not seem concerned about it, any more.

Clearly, the UNHRC has been drifting away from the original theme, which was about allegations of war-time human rights excesses, to efforts that aim at stymying all governmental initiatives on all fronts, whoever is the leader. The ‘core group’ under the US guidance and formally led by the UK, needs to remember that pushed to the wall, Sri Lanka, independent of the ideology of the man in Temple Trees, would embrace the likes of China and Russia, faster than expected.

Even while dilly-dallying over the Yuan Wang-5 spy-ship issue viz China, the government of President Ranil Wickremesinghe reportedly ensured that the so-called research ship did no research while at Chinese-controlled Hambantota and subjected itself to online vigilance by Sri Lankan authorities. Likewise, after the first shipment of Russian crude, there is no such talk after Wickremesinghe became President though Moscow’s offer remained a the time.

Pushed to the wall at UNHRC, Sri Lanka would be compelled to lean on the China-Russia combo even more to try and neutralise the western efforts at the UNHRC passing a new resolution. The last time round, abstentions were than the votes that the western resolution got. If it got passed, it was only because the nay-sayers were fewer. In the end game, the government realises, an UNSC veto, and or a UN General Assembly (UNGA) vote alone would matter, and it is working that way – again, independent of the leader and party in power.

The West may be convinced that the Aragalaya protests that got the ruling Rajapaksas out of the way was also an expression of the Sinhala-Buddhist majority wanting no more of the clan. True. But in doing so, they readily overlooked the role played by left-leaning one-time militant groups that had launched two unsuccessful insurgencies in as many decades, in a bygone era. They forget that these groups were not just Sinhala-Buddhist militants, but ‘Sinhala-Buddhist nationalist’ insurgents, especially during the second insurgency (1987-89).

These groups, now identified as mainstreamed parent JVP and the fledgling breakaway Frontline Socialist Party (FSP), have now changed their character as ‘Sinhala-Buddhist nationalist’ democrats, instead. Neither they, nor any of the other southern political parties could hope to survive if they were to support their Tamil brethren for an international probe into war-crimes, as much as they would back a political solution and power-devolution.

It would then be no use blaming the government of the day that they had connived with Sinhala-Buddhist nationalist groups, whether from the centre-Left or the centre-Right, whether militants or democrats, to hold the Sri Lankan State to ransom. They now having sympathised to the point of supporting the Aragalaya protestors when it suited them, western nations and their embassies in Colombo cannot turn the other way round, if it hurts them, if it hits them on the face.

The West has to acknowledge that when they agreed to a co-authored resolution when Ranil was Prime Minister (2015-19), the latter too was intent only on scuttling an international probe, if not permanently. With an eye on the presidency in the next elections, due in 2024, he will be more than keen to end this dichotomy, and in the only known way acceptable to the Sri Lankan State and the Sinhala majority. If a power-devolution package for the Tamils would help achieve it, then and then alone would he go for it.

It does not mean that Ranil or any other in the Sinhala South is unconcerned about bringing out the truth behind allegations of war-crimes. They are not for an international probe because that is not acceptable to the majority. The West can manage the ruling class, at times. But who is going to convince the majority, especially now after the ‘spontaneous’ (!) Aragalaya protests.

Whether or not they are convinced about the revival of Aragalaya on corruption issues, the southern polity will not risk it on ‘national issues’, pertaining to sovereignty, sovereign decisions and institutions – starting with the nation’s Judiciary. The more they press it through new and condemning resolutions in successive UNHRC sessions, the greater are the chances of the West seeing not just select southern leaders and their parties, but the majority Sinhala-Buddhist polity and society as a whole turning the tables on them.

The nation, and also the West, need to recall the decades of the four Eelam Wars where ‘competitive appeasement’ of the southern society by their Sinhala polity, that led to the larger-than-life image-building for the Rajapaksas than they actually were and they deserved. Having forcefully mounted the horse, they just could not dismount at will. This has happened to successive government and successful political parties in their times.

The question in context, which the West will have to address at a distant point in time is this. Are they ready to recognise a ‘separate Tamil nation’? If so, do the Tamils have the right leadership to see it all through to successful fruition – and beyond, even more. The fact remains that barring possibly the US, most of the western nations, be they in Europe, and those like Australia and Canada, have decisive Tamil Diaspora constituencies, which in turn, require ‘competitive appeasement’.

If ‘nay’ is the answer to the question of their supporting a separate nation, then the West should give serious thought to the possibilities, rather, other possibilities, which would see it eating a humble pie at the altar of geo-strategic expediency involving Sri Lanka on the one hand, and the China-Russia combo on the other, with more nations likely to join the latter list, too – depending on emerging American disposition to individual nations that Washington loves to ‘black-list’, off and on.

Then, like all other cases, big and small, the West would lament the day-after, because they did not think of the day-after in the first place!

(The writer is a policy analyst & commentator based in Chennai, India. Email: sathiyam54@nsathiyamoorthy.com)