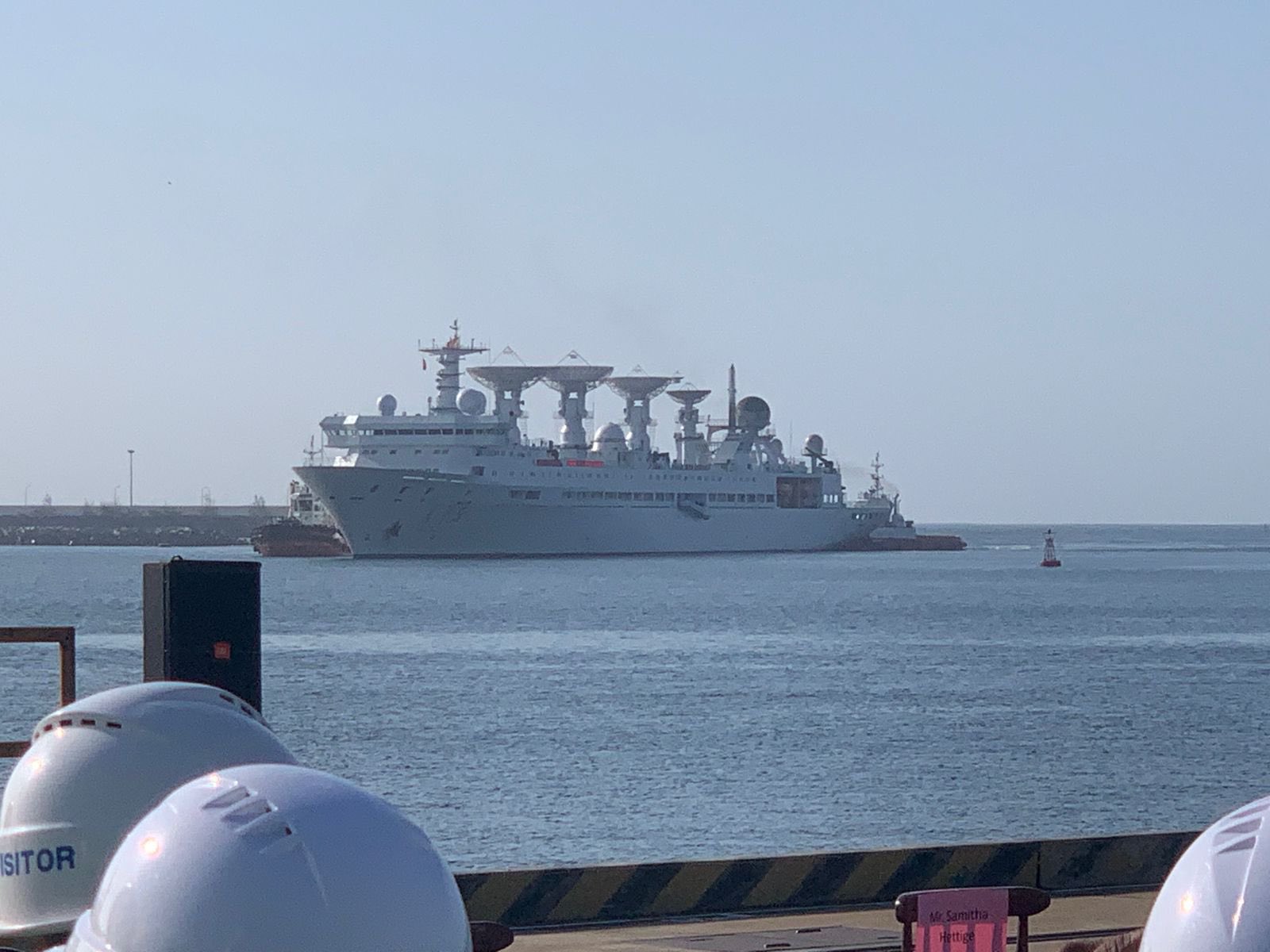 Chinese spy ship Yuan Wang 5 on Tuesday docked at the Hambantota Port with Colombo relenting to the Chinese pressure amid necessity of China’s support for the IMF bailout package and bilateral financial requirement.

While Lanka’s financial needs may have shaped its decision to allow vessel, the ship was allowed on the condition that it does not carry out research while in Lankan waters and it keeps Automatic Identification System switched on, ET has learnt.

China is Sri Lanka’s biggest bilateral creditor, owning over 10 percent of the island’s foreign debt. Beijing’s support is essential for Colombo to restructure its external borrowing to qualify for an International Monetary Fund bailout. Besides Lanka is hoping for a financial package from China.

There was no customary military band to welcome the vessel, but a small group of traditional Kandyan dancers and drummers welcomed the vessel. While number of lawmakers were present on the occasion, there were no senior politicians or Ministers in attendance.

“Long live China and Sri Lanka friendship,” read a red-and-white banner on an upper deck of the vessel, which had at least four satellite dish antennas.

Sources told ET while there may not be deal yet and this was evident that no Minister was present on the occasion.

Last Saturday, after intense negotiations, Sri Lanka announced a U-turn, saying permission was given to the vessel to dock at Hambantota and remain for six days for refuelling and taking in other supplies.

“We are granting the same (port) facilities that we extend to all other countries,” government spokesman Bandula Gunawardana had told reporters over the weekend. “All these countries are important to us.”

The Hambantota port has been run by the Chinese since 2017, when they took it on a 99-year lease for $1.12 billion. Earlier $1.4 billion was paid by Sri Lanka to a Chinese firm to build it the port.

India is suspicious of Beijing’s increasing presence in the Indian Ocean Region. ET had earlier reported that the vessel creates security challenge for India.