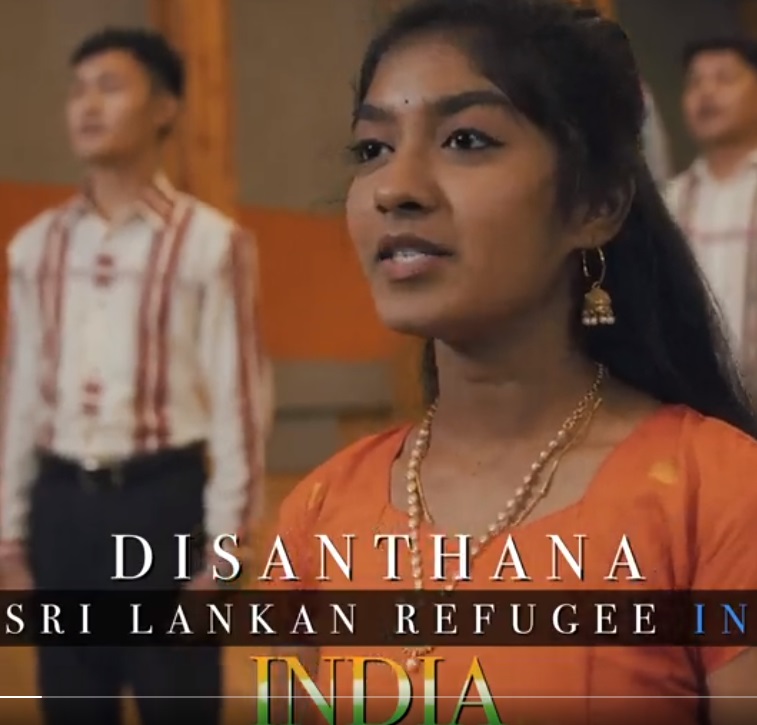 A Sri Lankan refugee is appearing in a video by Grammy award winner Ricky Kej paying tribute to India to celebrate 75 years of India’s independence.

The videos begins with all the refugees standing still as they come together under a single roof to pay tribute to the country and the countrymen.

From Afghan to Sri Lankan refugees in India, the video was in true spirit a melodious ode to unity in diversity in India.

The video, shot in a studio in Noida, is titled — ‘In solidarity with the people and government of India: A tribute by refugees living in India’, and ends with the display of logos of the United Nations and the UNHCR (United Nations High Commissioner for Refugees).

“To celebrate 75 years of Indian Independence, I joined 12 refugee singers (living in India) from Afghanistan, Cameroon, Myanmar and Sri Lanka and sang our National Anthem. The refugees expressed their gratitude for the kindness love and support they have received from all Indians,” Kej tweeted.

Former UN environment chief and Norwegian politician Erik Solheim too lauded the video. “India at 75! India lives in the hearts of young people, from countries in the Indian volatile neighbourhood, who have found refuge, hope and future in the ever welcoming embrace of Mother India. Warm thanks my friend Ricky Kej!” he tweeted. (Colombo Gazette / Agencies)