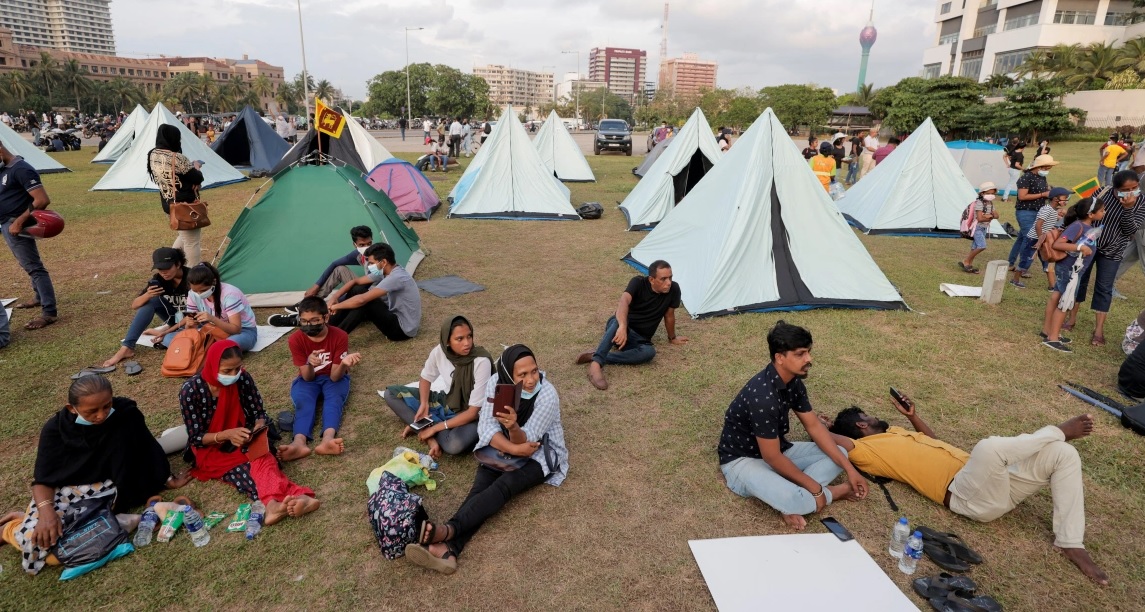 The protesters at Galle Face announced that they will be withdrawing from the demonstration site today.

Actress and activist Damitha Abeyratne told reporters today that the push for a system change will continue.

She said that the protesters will withdraw from the protest site at Galle Face today.

However, she also said that a few demonstrators may remain at Galle Face.

Most of the protesters have already withdrawn from Galle Face and removed their tents.

The tents were erected at Galle Face on 9th April when a mass protest took place to remove then President Gotabaya Rajapaksa. (Colombo Gazette)