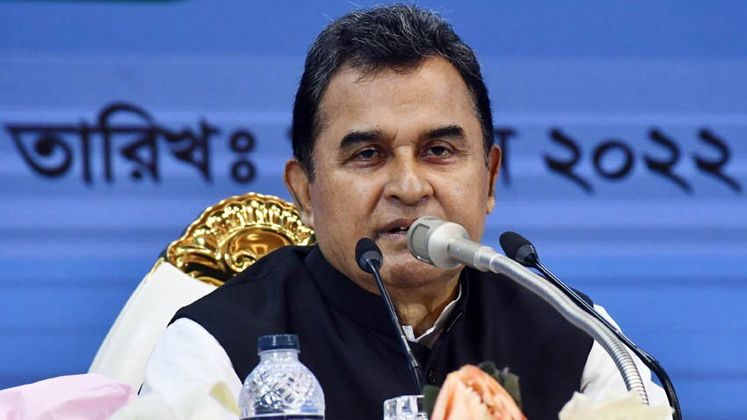 Bangladesh has warned developing countries not to become like Sri Lanka by taking loans from China.

In an interview to Financial Times, Kamal also said China needed to be more rigorous in evaluating its loans amid concern that poor lending decisions risked pushing countries into debt distress. Pointing to Sri Lanka, where Chinese-backed infrastructure projects that failed to generate returns had exacerbated a severe economic crisis, the finance minister said, “Whatever the situation [that] is going on worldwide, everybody will be thinking twice to agree to this project (BRI).”

“Everybody is blaming China. China cannot disagree. It’s their responsibility,” he added.

He also said Sri Lanka’s crisis highlighted that China had not been rigorous enough in deciding which projects to support. It needs to “make a thorough study” before lending to a project, he said. “After Sri Lanka . . . we felt that Chinese authorities are not taking care of this particular aspect, which is very, very important.”

Last month, Bangladesh became the latest Asian country to approach the IMF for financing as surging commodity prices after Russia’s full-scale invasion of Ukraine weighed on its foreign reserves.

The country, a participant in China’s BRI, owes about $4 billion, or 6 per cent of its total foreign debt, to Beijing.

Bangladesh is also seeking up to $4 billion more in total from a range of other multilateral and bilateral lenders, including the World Bank, Asian Development Bank, Asian Infrastructure Investment Bank and Japan International Cooperation Agency, Kamal said.

He added that he was optimistic the country would secure loans from them. His comments came as China’s foreign minister Wang Yi visited Bangladesh over the weekend for meetings with officials including Prime Minister Sheikh Hasina.

Sri Lanka, which defaulted on its sovereign debt in May, is in negotiations with the IMF for an emergency bailout. Pakistan, whose foreign reserves have fallen to enough for just a month and a half’s worth of imports, last month reached a preliminary deal with the fund to release $1.3 billion as part of an existing $7 billion assistance package.

Bangladesh has been hit hard by a rising energy import bill, with fuel shortages forcing daily, multi-hour power cuts. Its foreign reserves have also fallen to less than $40bn from more than $45 billion a year ago. However, analysts say the country’s strong export sector, notably its garment trade, has helped shield it from the recent global shocks and its reserves are still enough for about five months’ worth of imports, providing the country with some cushioning. This meant that although “everybody is suffering [and] we’re also under pressure”, Bangladesh was not at risk of defaulting like Sri Lanka, Kamal said. (Colombo Gazette)