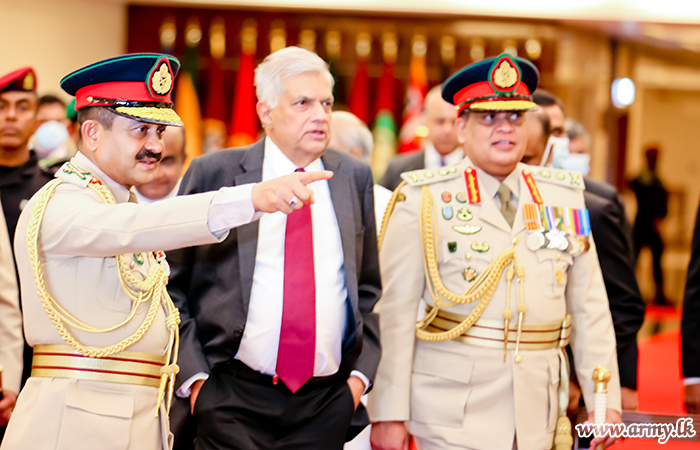 President Ranil Wickremesinghe today met some of the troops who defended the Parliament complex during the recent protests.

The Army media unit said that the President, who visited the Army Headquarters today, met some troops who performed their duties when a violent mob attempted to take control of the Parliamentary complex.

The Army said that some soldiers sustained injuries during the incident and had been admitted to hospital.

President Ranil Wickremesinghe made his first formal visit to the Army headquarters as the 8th Executive President of Sri Lanka, at the invitation of the Commander of the Army, Lieutenant General Vikum Liyanage.