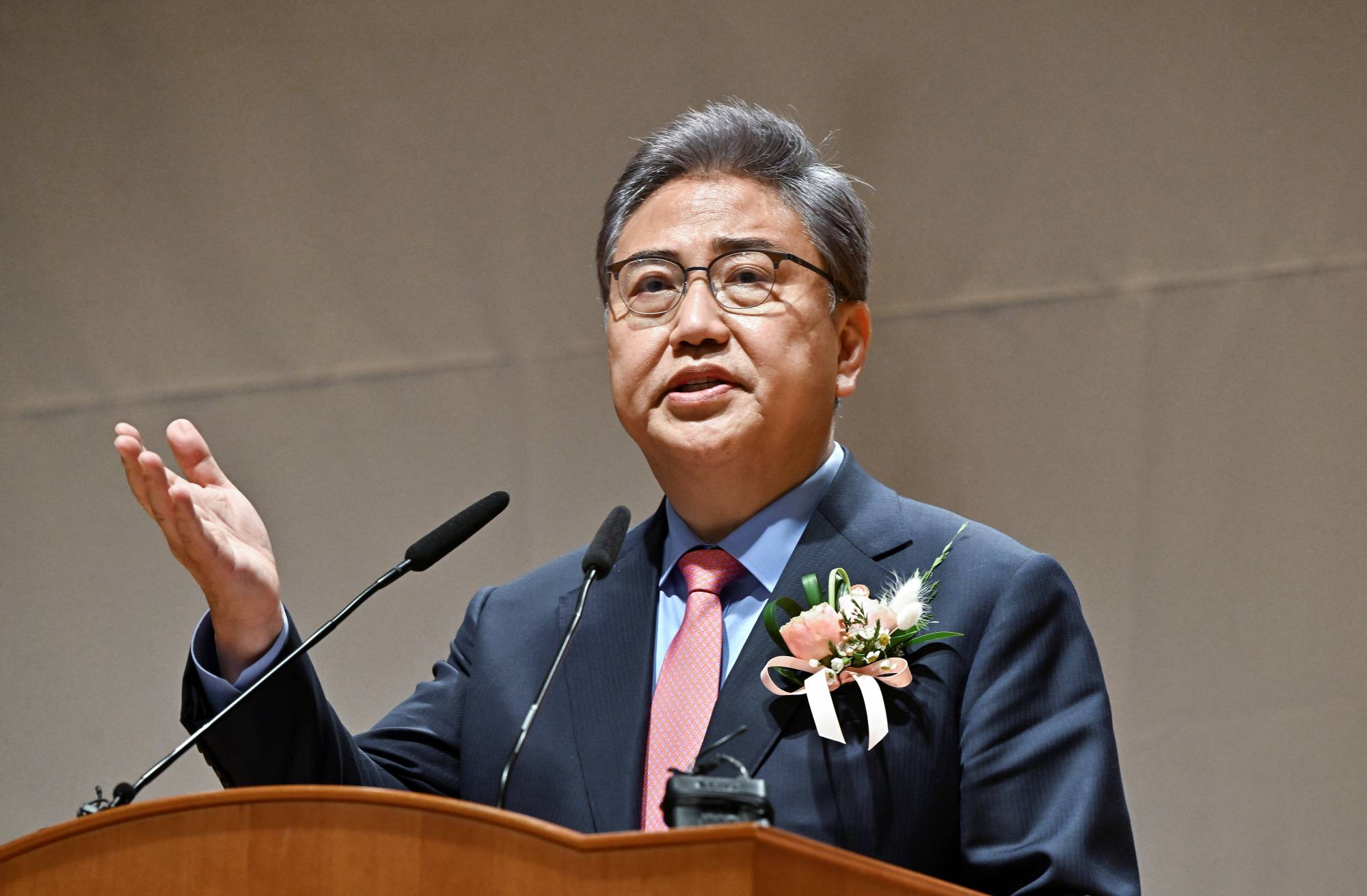 China is deeply disturbed by the South Korean Foreign Minister Park Jin’s latest remarks over US made anti-missile systems- THAAD issue because of signals of a gradual shift in South Korea’s foreign policy towards China.

China has taken serious note of foreign minister Jin’s statement in the National Assembly who clearly stated that the principle of the “Three No’s” policy on the THAAD issue was not a commitment to China or an agreement between the two sides but a statement of South Korea’s own position.In May, South Korea’s defence minister had stated that South Korea will expeditiously push for the “normalization” of a U.S. THAAD missile defense unit as it has been in a state of “temporary installation” due to an environmental assessment and other reasons.

These remarks are in line with the conservative president Yoon Suk-yeol ’s US leaning foreign policy . Yoon who succeeded Moon, had used anti-China rhetoric and signalled a more US-leaning foreign policy during his campaign. He had stated that a deeper US alliance should be the core of Seoul’s foreign policy and promising to participate in the US-led Quadrilateral Security Dialogue, or Quad, which includes Japan, India and Australia. Also, Yeol has reportedly signaled he would reverse Moon’s policy. During his presidential campaign Yeol advocated for bolstering South Korea’s missile defense capabilities and recently agreed to increase joint military exercises with the United States.

Zhao said that Moon’s position on THAAD played a key role in enhancing mutual trust and deepening cooperation between the two countries. He said “new officials cannot ignore past debts”, urging South Korea to “act prudently” and “seek fundamental solutions”.Moon’s successor, Yoon Suk-yeol, may upend the country’s delicately balanced relationship with its main trading partner. Zhao reiterated Xi’s position, saying that China-South Korea relations had “developed comprehensively and rapidly” over the past three decades, which should be “cherished by both sides”.

It may be mentioned here that the deployment of the Terminal High Altitude Area Defense (THAAD) system on the Korean Peninsula has caused a conflict between China and South Korea in the past. While China alleged that THAAD was aimed at its ICBM installations, South Korea and the United States argued that THAAD was purely defensive and aimed against the threat of North Korean missiles. In South Korea, the THAAD missile defense system is operated by the US army stationed in the country. The US had previously announced that the deployment of this missile defense system was a countermeasure against potential attacks by North Korea, particularly after the country had engaged in testing ballistic missiles.

In 2017, tension escalated in the Korean Peninsula after North Korea test fired a few missiles in the direction of US bases in Japan. However, the US amended its plans and moved the systems to its army base in Osan, South Korea while the final deployment site was being prepared.

These developments had particularly angered China. It had imposed unofficial economic sanctions on South Korea by stopping travel tours to South Korea. In exchange for the lifting of unofficial economic sanctions by China, former South Korean president Moon Jae-in had accepted a “three noes” agreement in 2017, which blocked Seoul from expanding its anti-ballistic missile systems, joining a region-wide US missile defence system and entering a military alliance with the US and Japan. The dispute had temporarily subsided.

The controversy also has much to do with the geo-politics and complex conflicts in East Asia, with the US having a presence in the region particularly through its many military bases in Japan and South Korea.China feared that US may interfere with Beijing’s long-term military, diplomatic and economic interests in the region. Experts however fear that China may opt for strict measures if South Korea ignores it. If South Korea continues to go its own way on the THAAD issue, China certainly would take corresponding actions to safeguard its interests. At that time the two friendly neighbours would get trapped in a security dilemma, which neither of the two sides would like to see, and perhaps only the US wants to see the issue ending up like that, say experts. (thesingaporepost)