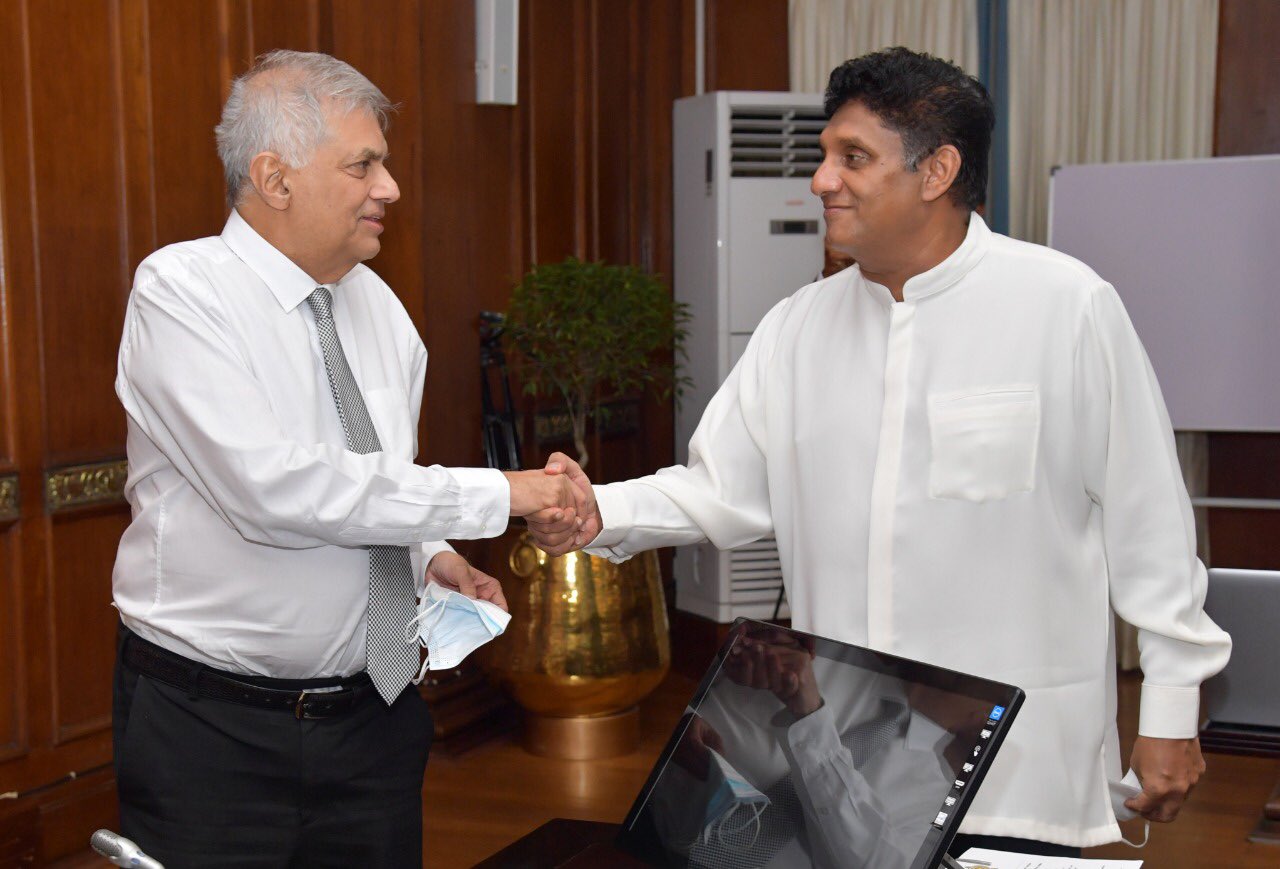 President Ranil Wickremesinghe and Opposition Leader Sajith Premadasa have agreed to work together to address critical issues in the country.

The agreement was reached during talks held between the President and the Opposition Samagi Jana Balawegaya (SJB) today.

“During the meeting the President formally invited the SJB to join an all-party Government. Some were positive some negative. But all agreed to explore how to help Sri Lanka out of crisis,” SJB MP Dr. Harsha de Silva tweeted.

As a result the President had reportedly proposed an “all party governance” system.

Dr. Harsha de Silva said that the 90 minute discussion was positive and that Premadasa attended the meeting with a “positive mindset” and wished to see how best they could all work together through Parliament.

The SJB had also told the President to lift the State of Emergency and release the protesters who have been arrested. (Colombo Gazette)