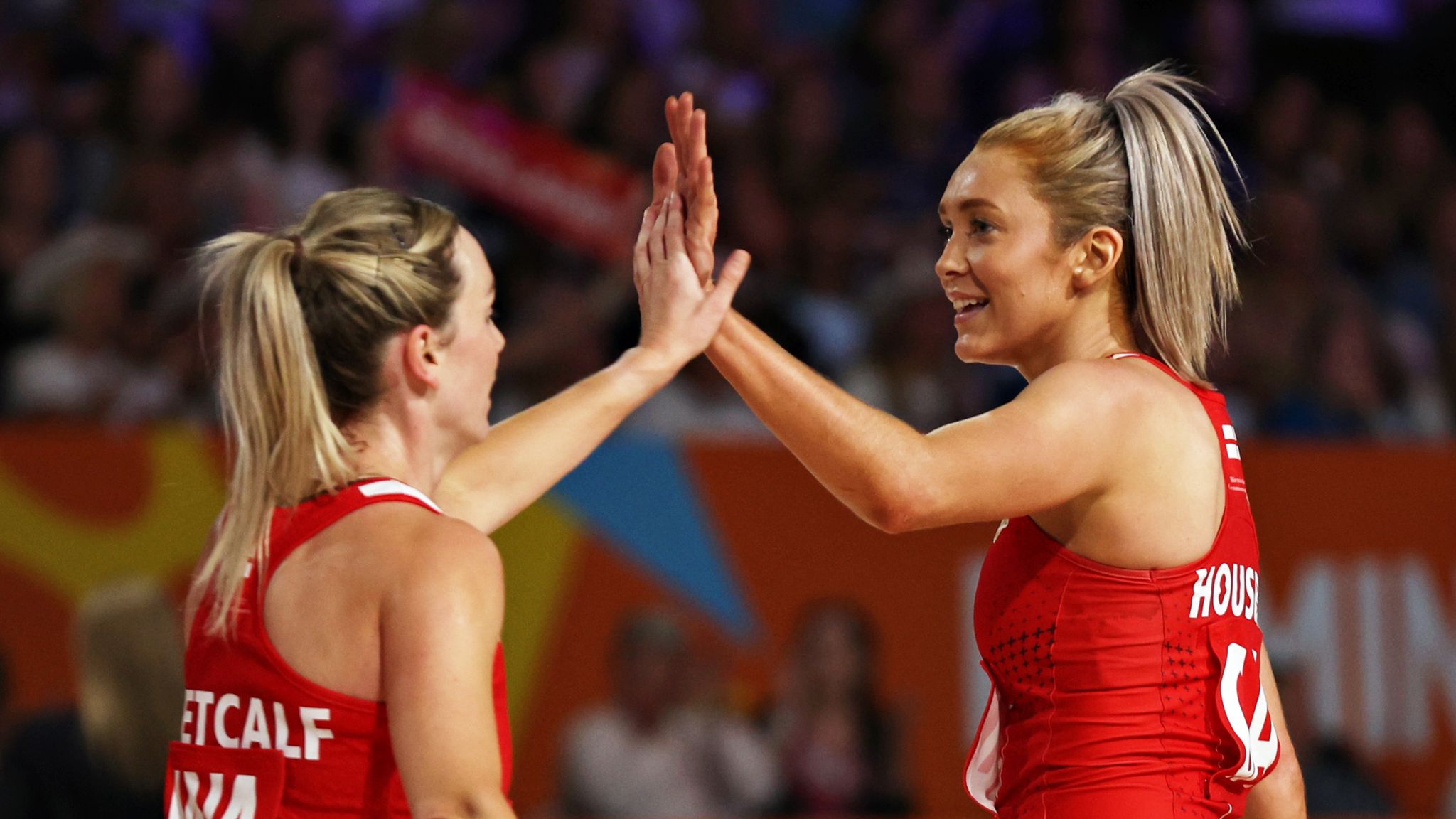 The hosts rose to their toughest challenge of the Games so far, beating the world champions 54-44.

England finish top of pool B and face Australia at 14:30 BST on Saturday after the Diamonds lost to Jamaica.

New Zealand drew level at 25-25 at one point but the Roses pulled away to win.

England captain Natalie Metcalf said: “This is one of the best crowds I’ve ever played in front of.”

It was a rapid, fractious start for both sides in front of a frantic NEC Arena crowd but it was England who settled first to charge to a 15-8 lead after the first quarter.

A slower second 15 and a smattering of basic errors allowed New Zealand back into the game, cutting England’s lead to one goal at half-time.

Eleanor Cardwell – playing at her first Commonwealth Games – had started at goal shooter in place of the more experienced Jo Harten, who has been playing with strapping on her knee.

But with Harten on for the second half, England made a rush of interceptions to reinstall a seven-goal lead.

England’s defenders stole the show in the third quarter, with Geva Mentor and Layla Guscoth combining to devastating effect.

The hosts raised their level for a grandstand finish and a mid-court interception led to a spectacular long ball for Cardwell to score, forcing coach Jess Thirlby out of her seat in elation.

The Roses celebrated in an atmosphere more worthy of a final than a group game with spectators in full voice and stamping their feet to celebrate goals.

They repaid the fans’ efforts with a performance that will stoke hopes of a second successive gold after they claimed their first Commonwealth title with a thrilling one-point victory against Australia four years ago.

Head coach Thirlby said of England’s semi-final opponents: “This group like making history and we’ve got a big task against a wounded team.

“They will be very rational about their performance against Jamaica and they’ve still got the same route as us to the final.” (Courtesy BBC)