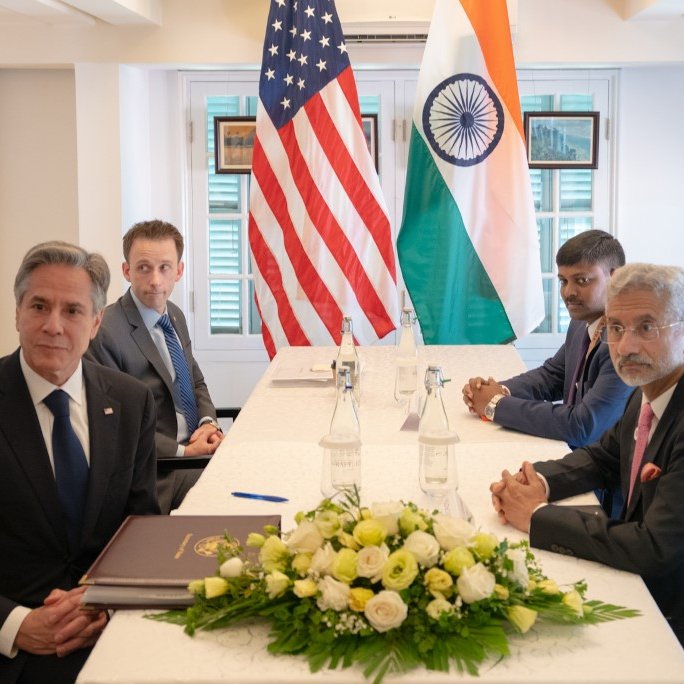 The United States and India have had high-level talks on the situation in Sri Lanka.

US Secretary of State Antony Blinken discussed the situation in Sri Lanka at a meeting with Indian External Affairs Minister S. Jaishankar.

Blinken tweeted saying during the meeting with Jaishankar he discussed the implications of Russia’s aggression against Ukraine and Sri Lanka’s economic and political situation.

The meeting took place in Phnom Penh in Cambodia on the sidelines of the US-ASEAN Ministerial Meeting, the East Asia Summit Foreign Ministers’ Meeting, and the ASEAN Regional Forum.

At the meeting Blinken said that Sri Lanka is in a moment of challenge and crisis but has an opportunity to create a more democratic and inclusive Government.

Sabry said his country appreciates the US role in securing support from the International Monetary Fund. (Colombo Gazette)