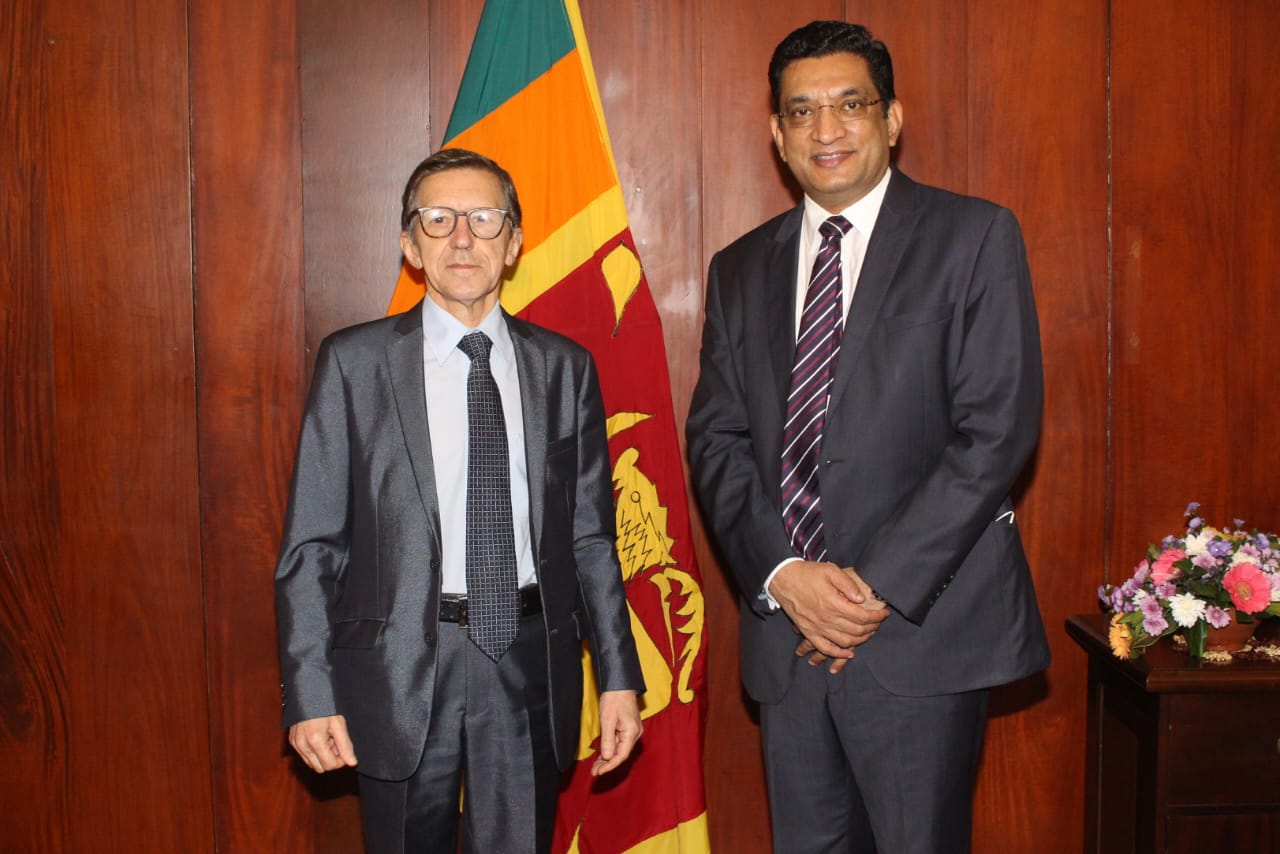 The new Sri Lankan Government is looking to enhance ties with Russia.

The Ambassador of the Russian Federation to Sri Lanka Yury Materiy called on the newly appointed Minister of Foreign Affairs Ali Sabry at the Foreign Ministry.

The Russian Ambassador apprised the Foreign Minister of significant aspects of the traditionally strong partnership between Sri Lanka and Russia.

The Foreign Minister expressed his deep appreciation for Russia’s support towards Sri Lanka in bilateral and multilateral fora.  He also expressed confidence in the further consolidation of cooperation, with particular attention to enhancing business ties, tourism and connectivity.

The Deputy Head of Mission of the Russian Embassy in Colombo and senior officials of the Foreign Ministry were present at the meeting. (Colombo Gazette)