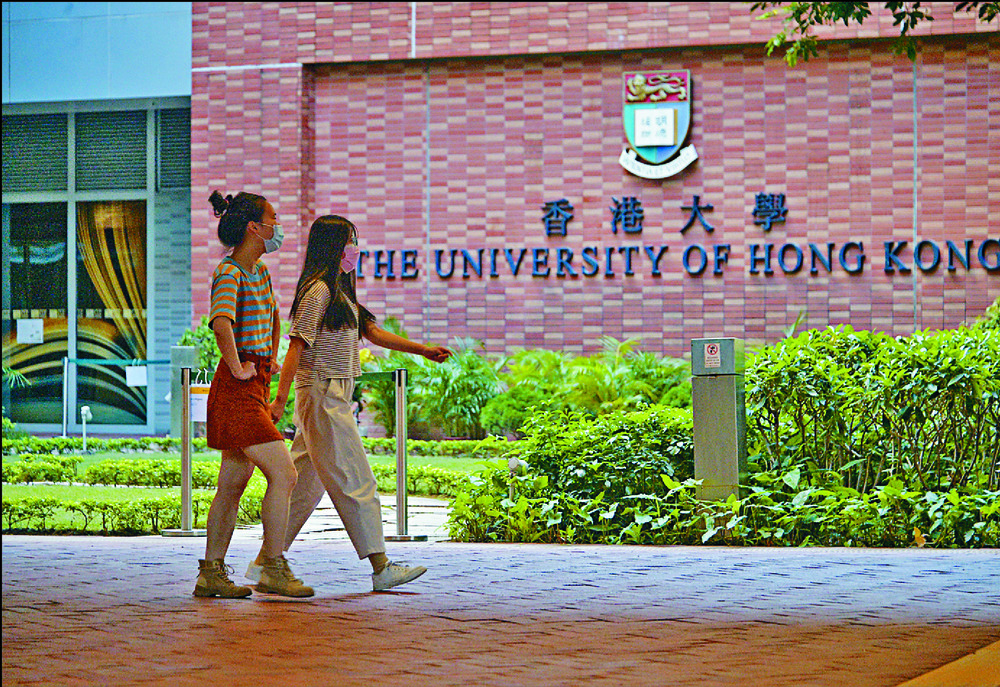 University of Hong Kong students are required to study and pass a national security course for them to graduate, including those graduating next summer.

According to an e-mail from the registrar yesterday, all 2022-23 undergraduates are required to take the self-learning course online, which covers the constitution, the Basic Law and national security law at the entry level.

Undergrads will be allowed to take the non-credit-bearing course, UG5E1001 Introduction to the Constitution, the Basic Law and the National Security Law, in any semester throughout their program, and do not need to register for it.

The course will be available on September 1, and more details will be announced then.

This came after the seven other universities funded by the University Grants Committee had announced that similar courses have been made available in the 2021-22 academic year or in the coming academic year from September.

Education, Lingnan, Baptist and City universities had been offering the course in the current academic year, while Chinese and Polytechnic universities and the Hong Kong University of Science and Technology are, along with HKU, offering it this coming semester.

In January, CUHK said it planned to roll out two one-credit online courses, Understanding China Today and National Constitutional Order and Hong Kong, in the coming semester, and all undergraduate students will be required to take both of them.

The Understanding China course will introduce the history and social development of China from the perspective of culture, economy and technology, while the National Constitutional Order course will cover the national security law, Basic Law and the constitution.

The university added that it had been strengthening its effort to maintain national security by adding lectures on the topic to its orientation activities and hosting workshops on the mini-constitution for graduates aiming to join the government.

However, CUHK has yet to revise its list of university core courses or graduation requirements on its website, and the two courses could not be found on its class registration system.

According to its webpage, the compulsory course for all undergrads would cover the constitution, the Basic Law and the national security law.

The course will be available starting from September, and students will need to pass all modules of the course to fulfil the graduation requirement.

According to the NSL, the SAR shall promote national security education in schools and universities and through social organizations, the media, the Internet and other means to raise the awareness of Hong Kong residents of national security and of the obligation to abide by the law. (The Standard)