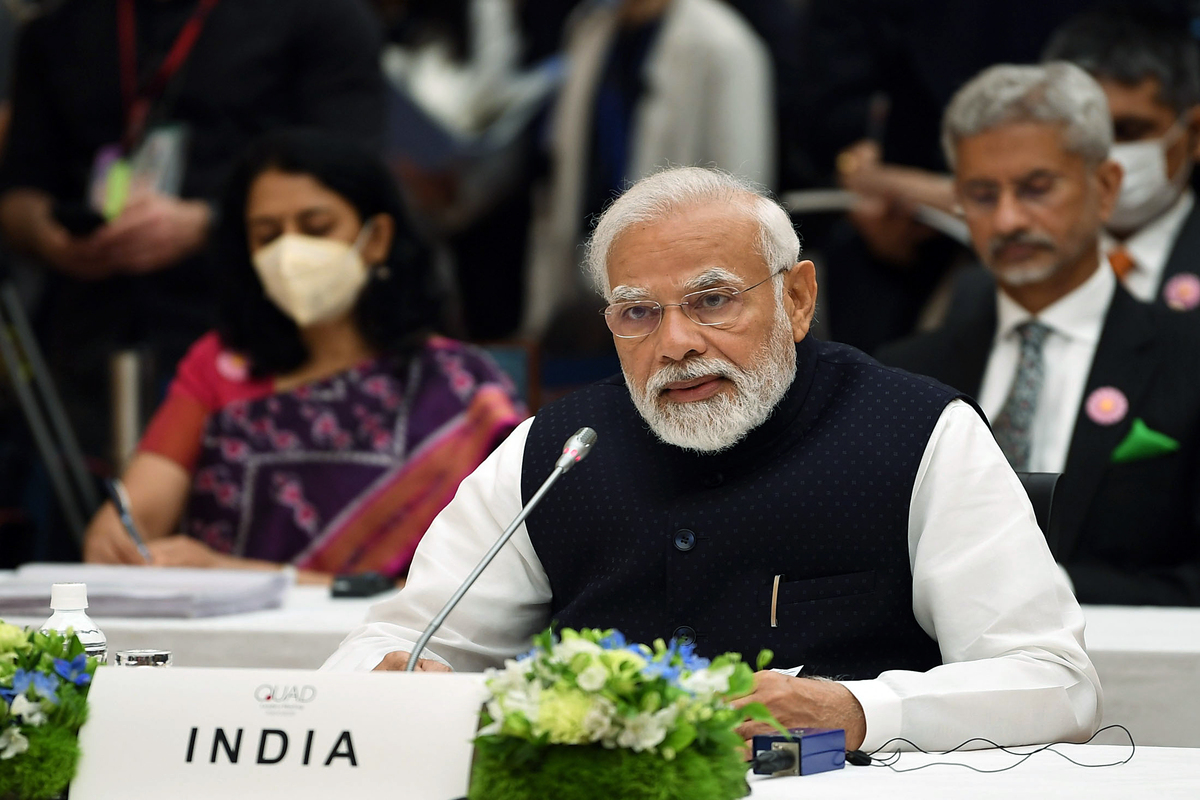 India is taking its commitment to achieve Net Zero emissions by 2070 very seriously, not limiting it to mere words.

‘Panchamrita’ is a traditional method of mixing five natural foods such as milk, ghee, curd, honey and jaggery. These are used in Hindu and Jain worship rituals. It is also used as a technique in Ayurveda.

During his speech Modi pointed out that it was common knowledge that the promises made so far on climate finance were useless.

DTE quoted Prime Minister Modi as saying, “When we all are increasing our ambitions on climate action, the world’s ambition could not stay the same on climate finance as was agreed at the time of Paris.”

Modi commenced his speech by claiming that the 2015 Paris CoP (where the Paris Agreement was signed) was not a summit for him but a sentiment.

“At Paris, India was making promises not to the world but to itself and 1.3 billion Indians,” he said.

He pointed out that while India makes up 17% of the world’s population, it contributes only five per cent of emissions. “Yet, we have left no stone unturned in doing our bit to fight climate change,” Modi said.

In India, the majority of people travel by train and the Indian Railway has pledged to make itself net zero by 2030. Modi said, “This will result in an annual 60 million tonnes reduction in emissions.”

He also pointed out that India initiated the International Solar Alliance for solar energy and also set up the coalition for disaster resilient infrastructure for climate adaptation. Modi said that it is an important and sensitive step to save thousands of lives.

Despite India not being considered a historical contributor to greenhouse gas emissions, its climate change targets are applaudable.

While India was castigated  as the world’s third highest polluter in 2019, its scale of emissions, was a mere 2.88 CO2 gigatonnes (Gt) as compared to the highest polluter (China at 10.6 Gt) and second highest (United States at 5 Gt).

Under such a scenario, India did not have to take such an ambitious target to reduce carbon emissions, but India took on the challenge to set an example so that the world would follow India.

India’s Central Electricity Authority (CEA) has done a projection for the country’s energy mix for 2030. According to this, India’s installed capacity of non-fossil energy for electricity generation — solar, wind, hydel and nuclear in 2019 was 134 GW and by 2030 it will be 522 GW. This will require solar energy installed capacity to go to 280 GW and wind energy to go to 140 GW.

According to this, total installed capacity will be 817 GW and power generation will be 2,518 billion units in 2030.

It is no secret that Prime Minister Modi has taken a keen interest in Climate Change issues. Under his leadership India is sure to reach its climate change targets.  This is a reflection of the country’s commitment to ecologically sustainable economic development with its ancient civilizational values of respecting Nature, incorporating a sense of inter-generational equity and common humanity.

The targets that India has voluntarily adopted are extraordinary for a developing country. The energy intensity of India’s growth will decrease by 33-35% by 2030 compared to the base year of 2005, meaning that India will consume less and more energy for every additional dollar of GDP. There is confidence, based on the achievements of the National Energy Efficiency Mission, that this goal will be achieved.

India is one of the largest emerging economies in the world, which already has a large global energy footprint, and this is a major contribution to addressing global climate change. Building on the remarkable success of the National Solar Mission, the INDC has set a target of 175 GW of renewable energy by 2030. This capacity is reported to have been available 10 years ago. The government may increase India’s target to 227 GW by 2030.  The goal of 40% renewable energy by 2030 is likely to be achieved much earlier.India is actively reducing the share of heat from coal combustion in its energy mix. Not everyone knows that the country has a very high tax on coal, and  400 rupees is charged per ton, which goes to the clean energy fund. India undertakes not to build new thermal power plants that do not fall into the high-efficiency category.

India played a key role in ensuring the success of the Paris Climate Conference and many world leaders acknowledged Prime Minister Modi’s personal involvement in ratifying the Paris Agreement. He was recognized for his efforts to establish the International Solar Alliance to promote solar energy worldwide.

The 32 states of the Indian Union have started formulating and implementing State Action Plans on Climate Change (SAPCC). India has a vibrant civil society that educates citizens about the dangers of climate change and what everyone can do.India’s leadership in addressing the challenges of climate change and its energy security is expected to inspire other countries to contribute significantly to addressing these global and existing challenges. Failure to do so will face uncertain and possibly catastrophic consequences for humanity.