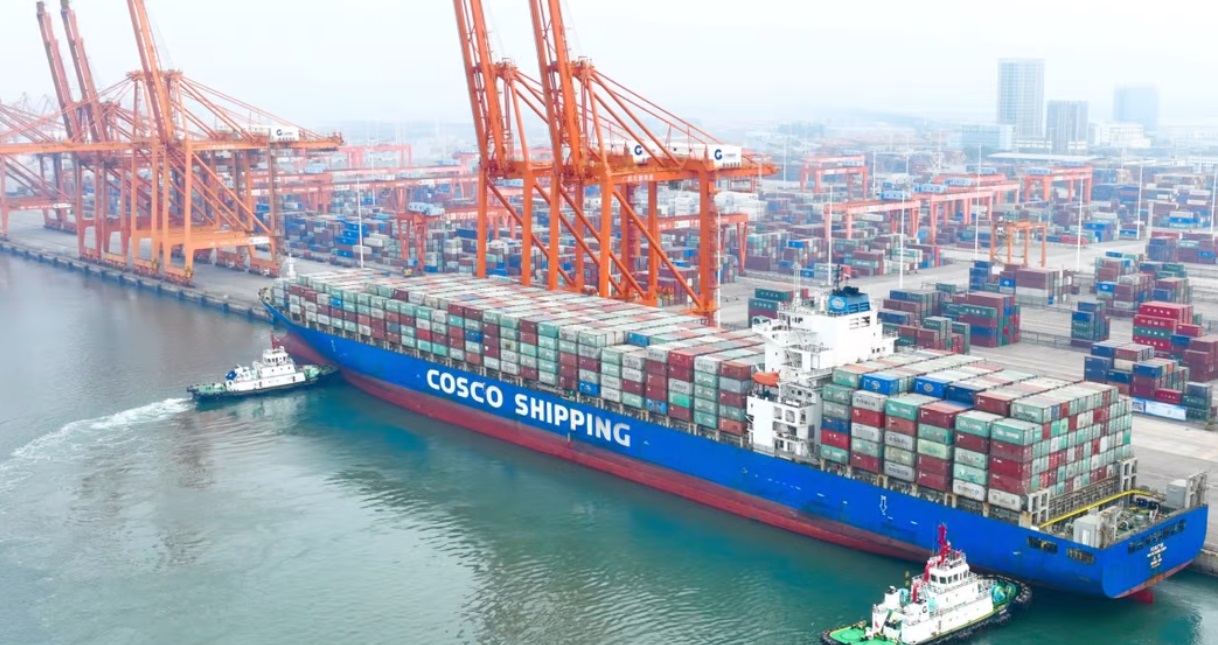 The widely acclaimed globalisation of the post-Cold-War era is now running in reverse. A protracted slowdown in global trade has been reinforced by persistent pandemic-related supply chain disruptions, ongoing pressures of the US-China trade war and efforts to align cross-border economic ties with geostrategic alliances, known as “friend-shoring”.

These developments raise the pressure on China, arguably the country that has been the greatest beneficiary of modern globalisation.

Of the many metrics of globalisation – including financial, information and labour flows – the cross-border exchange of goods and services is most closely tied to economic growth. Largely for that reason, the slowdown in global trade, which began after the 2008 global financial crisis and intensified in the Covid-19 era, points to a sea change in globalisation.

China’s gains from the globalisation of trade have been extraordinary. In the decade before China’s 2001 accession to the World Trade Organization, Chinese exports averaged just 2 per cent of total world exports. By 2008, that share had risen to 7.5 per cent.

China timed its WTO membership bid perfectly, just when the global trade cycle was on a major upswing. While the financial crisis took a brief toll on Chinese export momentum, the interruption was short-lived. By 2021, Chinese exports had surged to 12.7 per cent of world exports, well above the pre-2008 peak.

China is unlikely to maintain this performance. Overall growth of global trade is slowing, and China’s slice of the trade pie is under mounting pressure.

The ongoing trade war with the United States is especially problematic. During the first phase of China’s export-led growth surge in the aftermath of WTO accession, the US was consistently China’s largest source of external demand. Largely because of former US president Donald Trump’s tariffs, that is no longer the case. By 2020, US imports of Chinese goods and services had fallen 19 per cent below the peak levels of 2018.

Despite rebounding sharply on the heels of the US economy’s post-pandemic snapback, American imports from China in 2021 remained 5 per cent below the 2018 peak. Partial tariff rollbacks for selected consumer products, which President Joe Biden’s administration is considering as an anti-inflation gambit, are unlikely to jump-start bilateral trade.

At the same time, enduring pandemic-related supply chain disruptions are likely to take a sharp toll on China and the rest of the world. In the six months ending in April, a global supply chain pressures index constructed by researchers at the Federal Reserve Bank of New York averaged 3.6.

That was well above the 2.3 reading in the first 21 months following the February 2020 onset of pandemic-related lockdowns and sharply higher than the “zero” reading associated with the absence of supply chain disruptions.

This is a big deal for a world connected by supply chains. Global value chains accounted for more than 70 per cent of the cumulative growth in overall global trade from 1993 to 2013, and China has enjoyed an outsize share of this expansion. As supply chain disruptions persist, exacerbated by China’s “zero-Covid” policies, pressures on Chinese and global economic activity are likely to remain intense.

Mounting geostrategic tensions are the wild card in deglobalisation, especially their implications for China. “Friend-shoring” in effect turns the calculus of cross-border trade into an assessment of the security benefits that come from strategic alliances with like-minded countries.

China’s “no-limits” partnership with Russia is especially relevant in this regard. With China edging closer to crossing the line by providing support to Russian military efforts in Ukraine, the US has moved to impose sanctions on five more Chinese companies through its so-called Entity List.

Moreover, Chinese purchases of Russian energy products provide a major source of support to the Russian economy, partially countering the impact of Western sanctions. That raises the risk of China being judged guilty by association.

Meanwhile, signs of financial deglobalisation are also evident, with China steadily reducing its holdings of US Treasuries to levels not seen since 2010 – hardly a comforting development for a deficit-prone US economy. (South China Morning Post)