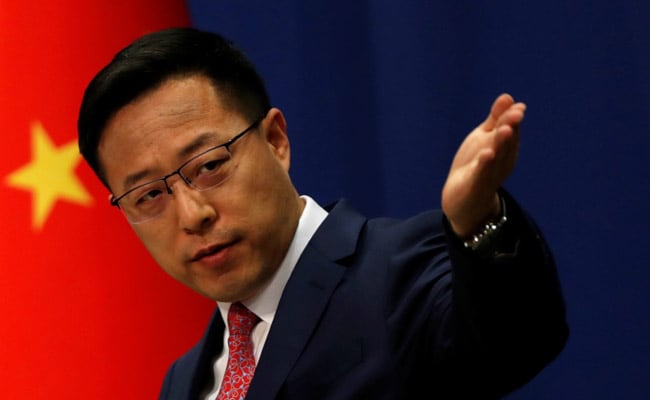 China has defended the loans it has offered to Sri Lanka following concerns raised by the United States.

Chinese Foreign Ministry spokesman Zhao Lijian said that the cooperation between Sri Lanka and China has always followed the principle of being Sri Lanka-led.

“All cooperation projects have gone through scientific planning and thorough assessment and are never attached with any political strings. The cooperation has contributed to Sri Lanka’s economy and brought tangible benefits to the Sri Lankan people,” he said.

The Chinese Foreign Ministry spokesman said that Sri Lanka’s foreign debt is made up of multiple components.

He said the share of China-related debts is far lower than that of the international capital market and multilateral development banks.

“Shortly after Sri Lanka’s announcement to suspend international debt payments, Chinese financial institutions reached out to the Sri Lankan side and shown full readiness to find a proper way to handle the matured debts concerning China and help Sri Lanka to overcome the difficulties,” the spokesman said.

The Chinese spokesman also said that the global economic and financial markets have suffered enormously as a result of the US’s recent sudden interest rate hike and balance sheet reduction.

He says this has rapidly siphoned off dollars on top of the US’s long-running quantitative easing policy and irresponsible massive stimulus.

“The US’s wayward unilateral sanctions and tariff barriers have undermined the security of global supply and industrial chains, and worsened the price surge of energy, food and other bulk commodities. This has further aggravated the economic and financial condition of developing countries including Sri Lanka. US and other Western capital speculation in Sri Lanka and manipulation of the credit rating of the country seriously undermined Sri Lanka’s financing credibility and channels,” he added.

The Chinese official said that the US should ask itself what it has done for the sustainable development of developing countries like Sri Lanka.

“We hope the US will genuinely help Sri Lanka overcome the current difficulties, ease debt burden and realize sustainable development, instead of unscrupulously latching onto every opportunity to shift the blame, smear other countries and advance geopolitical contests,” he added. (Colombo Gazette)