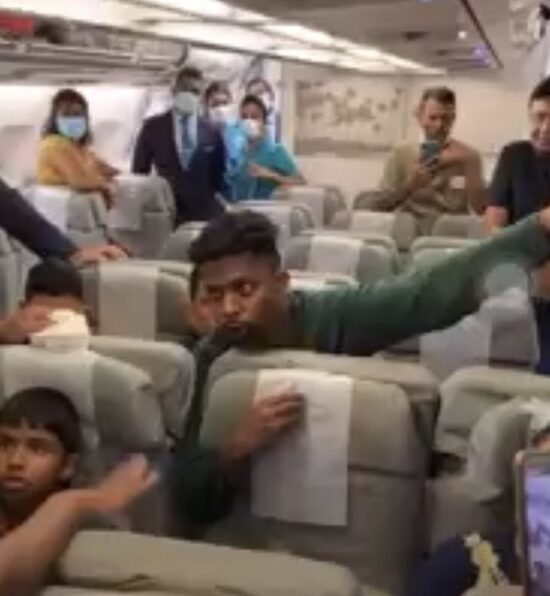 Gota Go Gama activist Dhaniz Ali, who forcibly entered the Sri Lanka Rupavahini Corporation on 13th July, was arrested inside a plane at the Bandaranaike International Airport (BIA) while attempting to leave the country.

Airport officials asked the activist to leave the aircraft but he refused to do so.

He refused to disembark and protested inside the plane and got the support of some passengers.

The Police later boarded the plane and removed him with the support of airport officers.

He was taken to the Police for further questioning.

Dhaniz Ali was set to leave for Dubai at the time of the arrest. (Colombo Gazette)